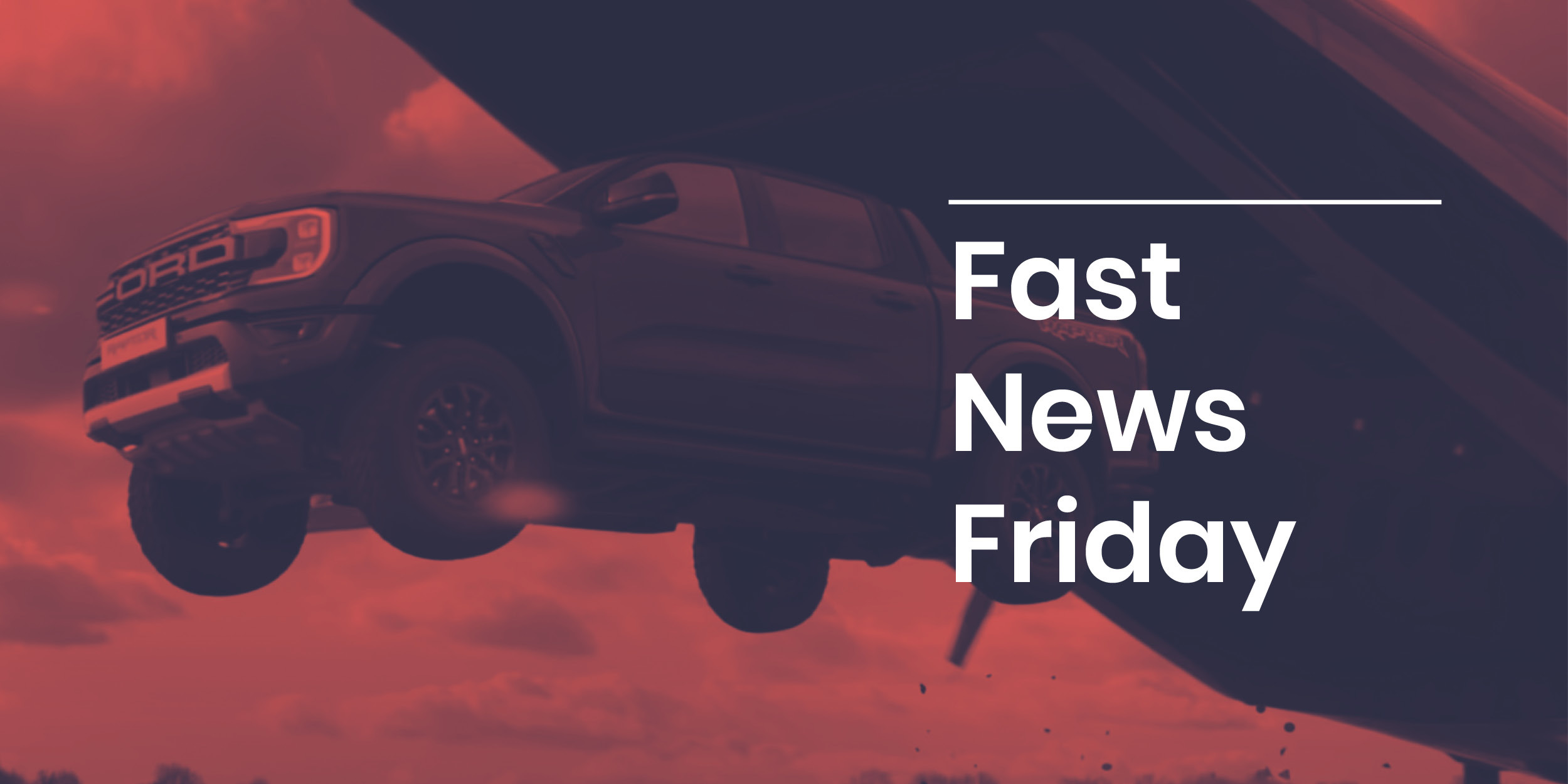 Welcome to this week’s Fast News Friday – one of our most adrenaline-fueled editions yet! This week watch a team of kite surfers take on the wild Southern Cape in South Africa, courtesy of Porsche, and enjoy an action-packed film from Ford featuring the updated Ranger Raptor pick-up truck, shot at a former jet fighter test airfield.

An electric Taycan adventure: kitesurfing at the Cape of Good Hope

You’re unlikely to watch a more visually stunning film today than this new flick from Porsche, which follows a group of kite surfers as they explore South Africa’s infamous Cape of Good Hope aka. Cape of Storms. Driving a pair of Porsche Taycan 4 Cross Turismos, Red Bull King of the Air 2021, Liam Whaley and friends are filmed exploring South Africa’s best known cape, drifting through sand eventually stopping at a beach near the Cape. From here they get kitted up, drink a can of Red Bull (of course) and head out on the water to become the first kite surfers to ever explore this treacherous stretch of coastline. Sit back and enjoy!

Ford has updated the Ranger Raptor and it’s already landed in Europe… As this high-adrenaline short film demonstrates. Now featuring a 3.0-litre twin-turbo V6 petrol engine producing 284bhp, more advanced off-road technology and a cutting-edge digital interior, Ford is hoping it builds on the success of the previous model – a vehicle we helped launch to the media in Morocco. To make a big first impression in Europe and show off Next-Gen Ranger Raptor’s high performance and muscular looks, Ford created one of its boldest stunt videos yet, featuring a huge cargo plane and shot at a former jet fighter test airfield. Hold on tight, it’s quite a ride!

Following the Russian invasion of Ukraine fuel prices have soared to record highs over the past week, with warnings in place of further rises on the way. According to Auto Express: “​​The price of oil briefly exceeded $105 dollars a barrel on Thursday, although it has settled back around the $100 dollar mark as markets watch the crisis unfolding in Ukraine. Petrol already carries an average pump price of 149.5p per litre, while diesel is nearly 153p per litre, according to latest RAC Fuel Watch figures. Experts predict there’s more bad news on pump prices to come.