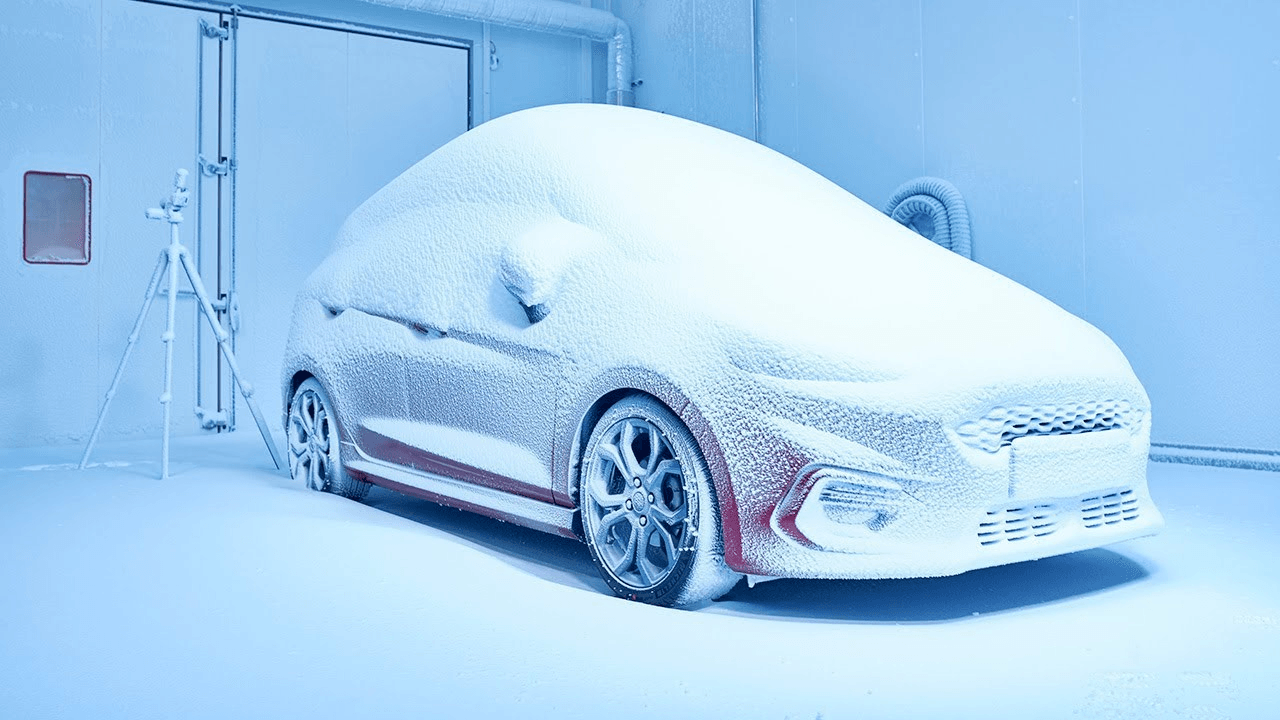 Ford knew that their new Environmental Testing Centre was no ordinary factory, so they turned to us to bring to life its vast potential and ground breaking technology in a one of a kind experience for European media and diplomats.

We learned that internally, the new testing facility was affectionately referred to as ‘The Weather Factory’ due to its ability to replicate extreme weather conditions from all four corners of the globe. We decided to take that idea and make it a reality, transforming these clinical labs into a true round-the-world adventure with infinity graphics, lighting, sound and even real foliage.

Throughout the day over 100 guests went on a tour that took them through a series of dressed simulation rooms that replicated environments including a desert, the artic circle, a rainforest and Everest base camp. In each room guests were hosted by a Ford Engineer who explained the science behind the weather conditions and the components of the car they were designed to test.

Guests went wild for our immersive tour, with many sharing their experience on social media. The result? Over 140 pieces of coverage with 13 million impressions across Europe, including top tier and prime time media such as Forbes, Repubblica, RTBF National TV and France24.

“You guys at Ford always have such innovative stories to tell! My visit was a very unique one. I am sure we will create great video content for our audience”