Expanding the internal communications of Lotus through multimedia approaches 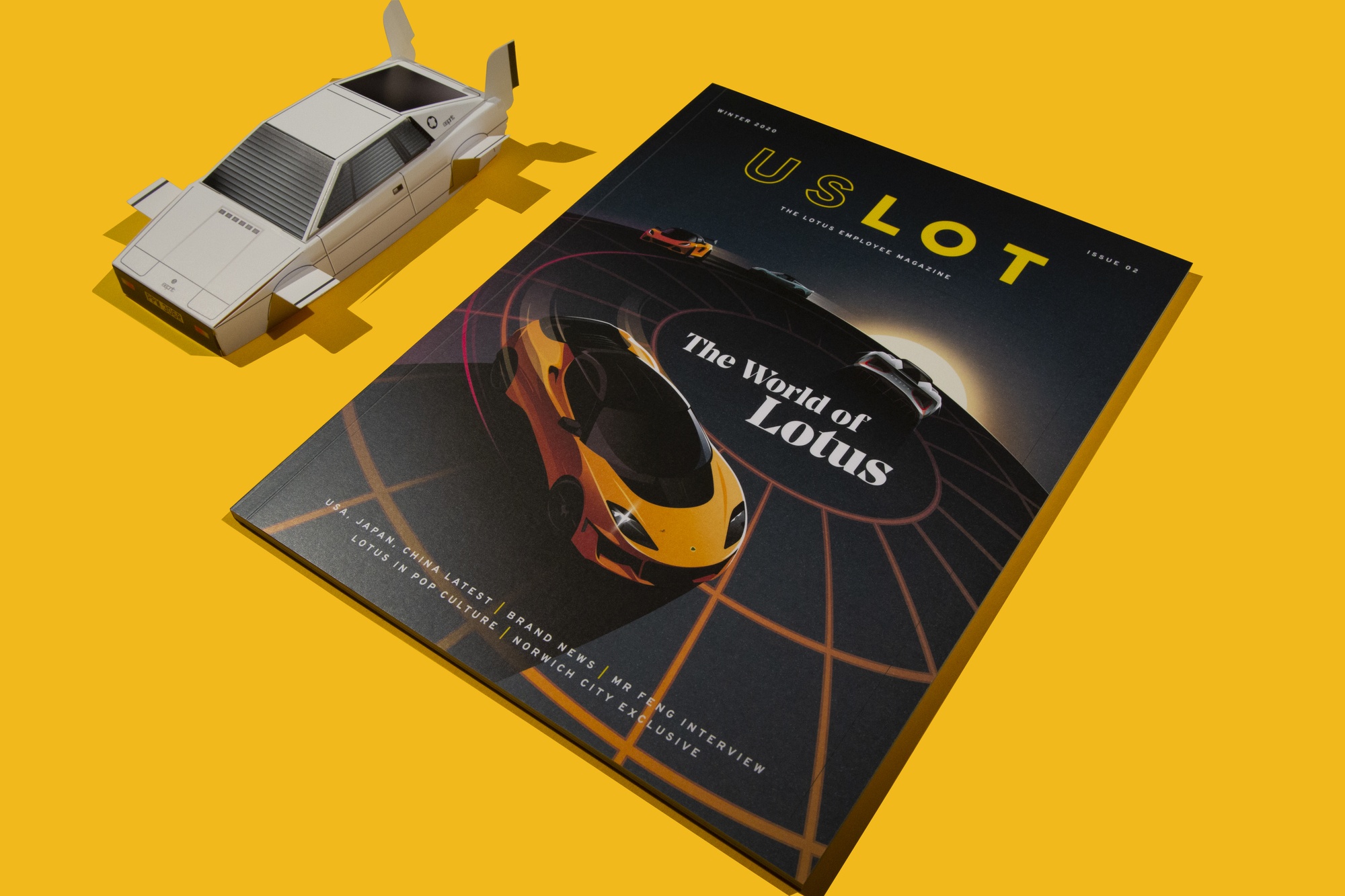 Shortly after its 70th birthday in 2018, Lotus tasked us with reinvigorating its internal communications platform and sense of community. We developed a vibrant and engaging print magazine – and suggested the name ‘US LOT’ – to celebrate Lotus’ global workforce and deliver the message that the brand is making its comeback.

After the success of the first issue, Lotus invited us to continue and expand our collaboration. This time around, while focusing on crafting another equally strong print asset, we explored different channels in a bid to reach the extended Lotus family and open up a conversation accessible to all.

The second issue of the US LOT magazine, headlined ‘The World of Lotus’, continued the visual language with another vibrant cover illustration and a lightly evolved design of the inaugural publication.

As the brand entered 2020, the magazine provided coverage from a number of Lotus’ global territories, with interviews from key people including Group Lotus CEO, Feng QingFeng. It included several facility tours and a fascinating feature entitled ‘Why Japan Loves Lotus’.

We went a step further though: to awaken the car designer in each Lotus employee, and to celebrate the brand’s heritage, we included a fold-out cardboard car in the back of the magazine. The scale model was a unique version of the Lotus Esprit S1 submarine, known as ‘Wet Nellie’, which was created for the 1977 James Bond film ‘The Spy Who Loved Me’. The model was also chosen as a celebration of the designer who penned the Esprit, Giorgetto Giugiaro, and his ‘Folded Paper’ aesthetic.

Satisfied but not content, we also launched a podcast series, to be released on a rolling basis on a dedicated Soundcloud page. The first two episodes contained interviews with the Lotus design team, including Head of Design, Russell Carr and Lotus CEO, Phil Popham.

The US LOT brand is steadily growing, with a campus TV channel and dedicated intranet now connecting all Lotus employees. The magazine and podcast are already proving key assets to develop further workforce engagement, with overwhelmingly positive initial reactions and signals of a broader conversation already taking place.