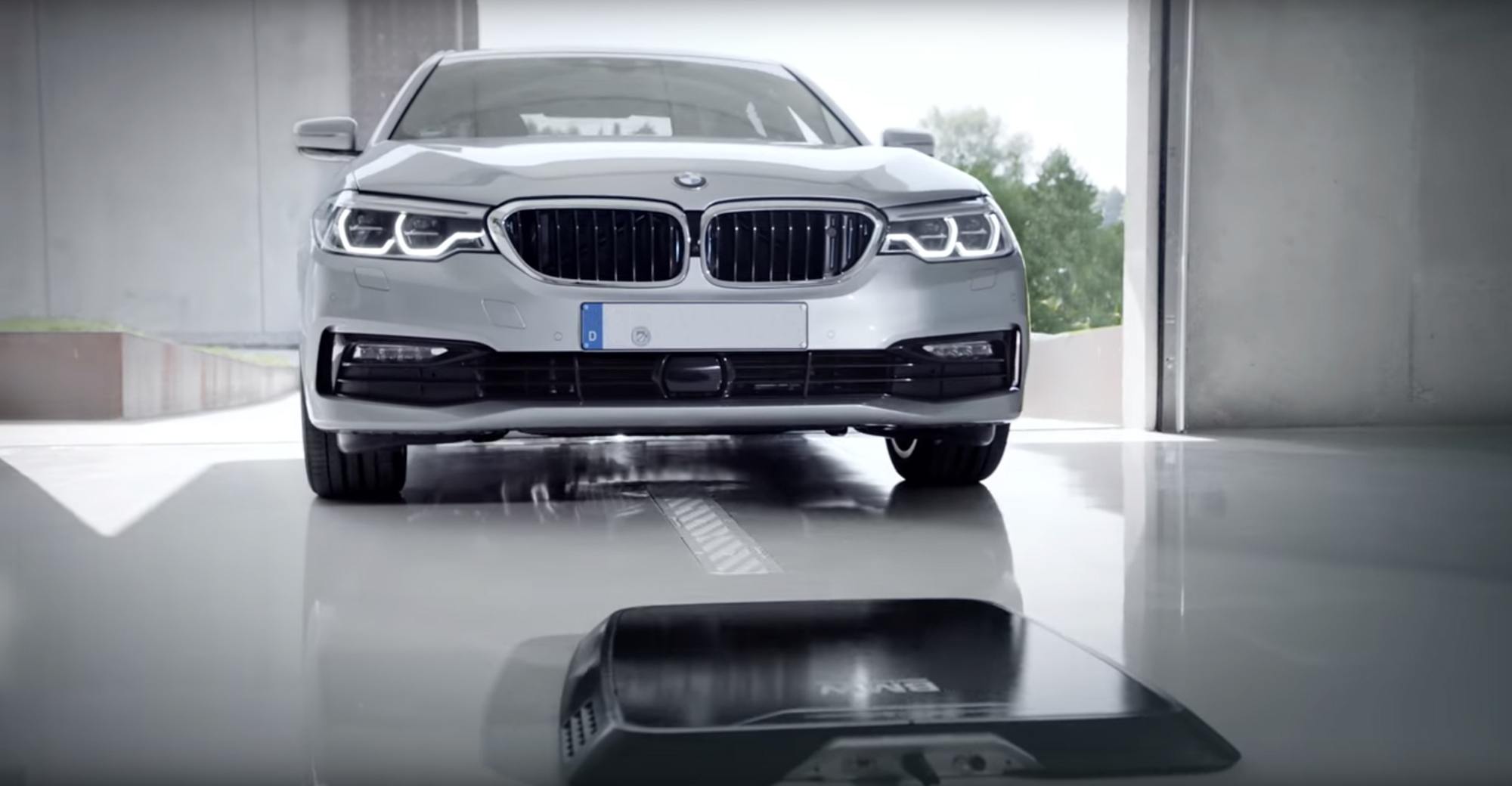 The move towards mass electrification of our transport network comes with a host of challenges for both the motorist and the authorities. One of the main challenges is charging, or indeed the inconvenience of charging, in order to replenish a car’s battery. Whilst charge times are improving as battery technology and infrastructure does, is the wireless route – also known as inductive charging – a viable solution?

It certainly could be, in fact, many automotive manufacturers have already invested considerable amounts on testing such technology with very impressive results, for example BMW. Indeed the world has been moving towards wireless technologies for a while (bluetooth, Wi-Fi, etc.) and it only makes sense for this to continue, especially as product design moves towards a minimalist aesthetic.

We have known about inductive charging for a while, but it’s been complex to find a practical outlet for it. Prohibitive cost and the need for universally accepted technology may have stunted its growth in the last 2-3 years but considering we’ve had it in electric toothbrushes since the ‘90s, is there another reason we’re not accepting it with open… garage doors? And what does this method of charging involve and how does it work?

What is inductive charging?

Inductive charging does away with the need to plug in to a power socket in order to charge a vehicle and instead transfers energy from the charger to a receiver on the underside of the car, via electromagnetic induction. Very similar to how wireless mobile phone charging works, the charger uses an inductive coil to create an alternating electromagnetic field, which the receiver coil in the car converts back into electricity to be fed into the battery.

Amazingly, in researching this post we discovered that inductive charging was actually born for the automotive world. In actual fact, it was tested over a century ago. Inductive power transfer was first used in 1894 when French engineers M. Hutin and M. Le-Blanc proposed a new method to power an electric vehicle. However, combustion engines proved more popular, and this technology was forgotten for a time.

So, while it made sense for a world unconcerned with environmental and resource issues to prefer the ease of combustion engines to the tech complexities of EVs, why is inductive charging not more common, now that we’re aggressively shifting towards electric transportation?

On top of that, we’d really benefit from its ease of use, as charging-related anxieties and other logistical (often cable related) problems are some of the biggest issues with EV adoption. How many people in the world live in an apartment with no private driveway on which to charge an EV? And how many more drivers would make the move towards an electric car if charging was made easier, simpler and without the need to physically plug into a charging station?

So, is inductive charging the future for electric cars?

As we see it, wireless charging could be implemented through four phases of implementation. Firstly, domestic charge pads which you install at home – products that are already available – will become widespread. Next there will be public charge pads at large car parks next to supermarkets, cinemas and airports. Thirdly, urban on-street parking will provide wireless charging, and finally, dynamic charging systems will charge cars either on the move or at key low-speed areas such as at junctions and stop signs.

There are lots of promising signs that wireless charging technology is the solution to solving the wider charging infrastructure challenge. For instance, there is definite institutional interest and support from organisations such as the DfT and the EU (through Renault), who are both heavily researching it and investing in it.

New vehicles are coming out with the feature already available and many others are experimenting with it or investing heavily in research, for example TfL’s buses and Volvo.

Wireless capability doesn’t just apply to new cars, as according to the DfT and BBC, most EVs could be converted to support inductive charging for around £1,000. However, as we mentioned previously, the holy grail of inductive charging technology is when it is delivered on the fly, as we drive along. Known as dynamic charging, this requires a very committed approach in order to adapt our roads and revolutionise the way we charge altogether. Anyone for Scalextric?

Putting memories of your childhood aside for a moment, American multinational semiconductor and telecommunications equipment company, Qualcomm is developing and licensing plans for a inductive road system called Halo that could charge cars while driving, most likely through the establishment of a ‘charging lane’. This system has been slow to uptake as it’s extremely hard to quantify the amount of power used by each car and thus it’s extremely difficult to monetise. As a result, this system may have discouraged both governmental and private investment, thus far. It would need to be better than previously pioneering systems, such as the costly failure of the Italian ‘STREAM’ bus system back in the late 90s.

First of all, there is a huge debate around the argument that charging EVs via inductive is a much slower, less efficient and even more dangerous process than by cable. Of course, technological advancements will solve that eventually, in the same way that battery technology and cost has progressed, but for now it seems the shift to electric is enough for the car industry to deal with.

On the whole, governments are currently investing in plug-in infrastructure, and it’s going to take a while before they feel comfortable (and wealthy) enough to do this all over again, especially as inductive technology installation would be significantly more invasive and estate-hungry.

Inductive charging for the masses requires a universal standard, which is something that is easier to adopt in an era of pioneering technology. However, the EV market, while still very much in its infancy, is already fragmenting into proprietary technology. This makes it less likely for most automakers (currently somewhat nervous of the paradigm shift and worried about competition) to come together under one standard.

One only needs to look at the mobile industry (a market which, on the contrary, is almost completely saturated and very safe, with brands scrambling to find something to innovate on) for the way in which it might pan out. The universal Qi open interface inductive charging standard for mobile devices was implemented only once the marketplace was saturated. So much technology changed in the early years of smartphones that any standard would have been obsolete a few years later.

If you look at the evidence widespread wireless charging will come, but drivers will have to be patient unless there’s any major scientific breakthroughs in the very near future. Nevertheless, history as always provides the best evidence, and this could very well be the case considering the amount of interest and user potential this technology possesses.