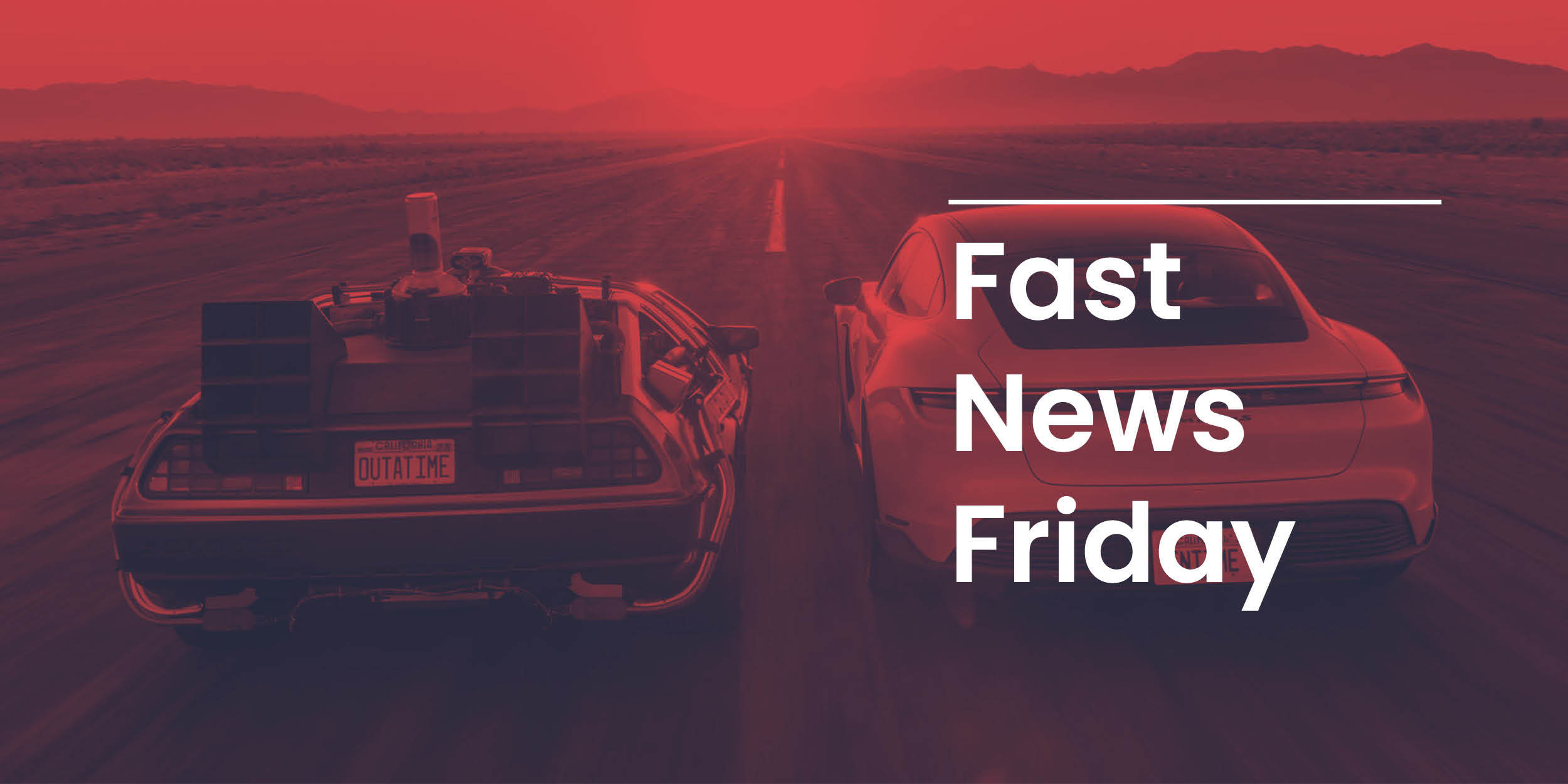 Welcome back, back to Fast News Friday – Foxtrot Papa’s weekly round up of automotive news and content reviews. This week we bring you a stunning looking brand film from Porsche, inspired by the Back to the Future franchise from the 1980s. We also have two ambassador films from Polestar and Renault, which both feature topics of the heartfelt variety.

The Porsche Taycan x Back to the Future

Calling all Back to the Future fans! There seems to be a BTTF fan within the marketing and comms team at Porsche! Let us explain… In part 1 of the Hollywood movie franchise actor Donald Fullilove plays Goldie Wilson, a cleaner at the local diner, in 1955. Later in the film he goes on to become the first black Mayor of Hill Valley in the 1980s. His memorable line is as impactful today as it was back in 1985: “You wait and see, Mr. Caruthers. I will be mayor; I’ll be the most powerful man in Hill Valley and I’m gonna clean up this town!”

Skip to 2021 and Fullilove is back, back from Back to the Future! In this film from the German powerhouse we see Fullilove at the wheel of a Taycan Turbo S alongside Marty’s DeLorean. The key message here is that Porsche’s charging network is growing fast – in fact, it now contains a combined 1.21 gigawatts of electricity, which not so long ago was harnessed by just one iconic, stainless steel-bodied car. Featuring some subtle but retro CGI and a very Hollywood-style ‘Royale with cheese’ one liner, there’s no denying the fun at the heart of this very slick production.

Polestar 2 – The view from space

For those lucky enough to reach space and with it, earth’s orbit, the experience of looking back at earth is said to be truly profound. Here, Polestar explores that notion through the eyes of astronaut Karen Nyberg, who considers how the human race can continue its incredible journey of evolution, but not at the expense of its home. Featuring some stunning footage (even if it is sourced from stock) and a very well executed edit, this is well worth a watch.

Continuing the profound theme from where Polestar left off, enter Renault and the company’s brand ambassador, Thierry Henry. Intelligently titled ‘Hybrid by Nature’ this short film from Renault introduces the Arkana, a hybrid that blends sleek coupé lines with a sturdy SUV look. More importantly however is the intriguing narrative that Henry eloquently brings to the film, suggesting, “So, what do you want to know about the Renault Arkana Hybrid? Well, it’s in the title. Hybrid, aren’t we all?”. He’s talking of course about how as humans we are by nature hybrids of our elders with varying emotions, feelings and behaviours, often with different motives. For Henry, it’s how we combine the two that really matters and makes us who we are, or perhaps, influences the car we drive. Clever, huh?