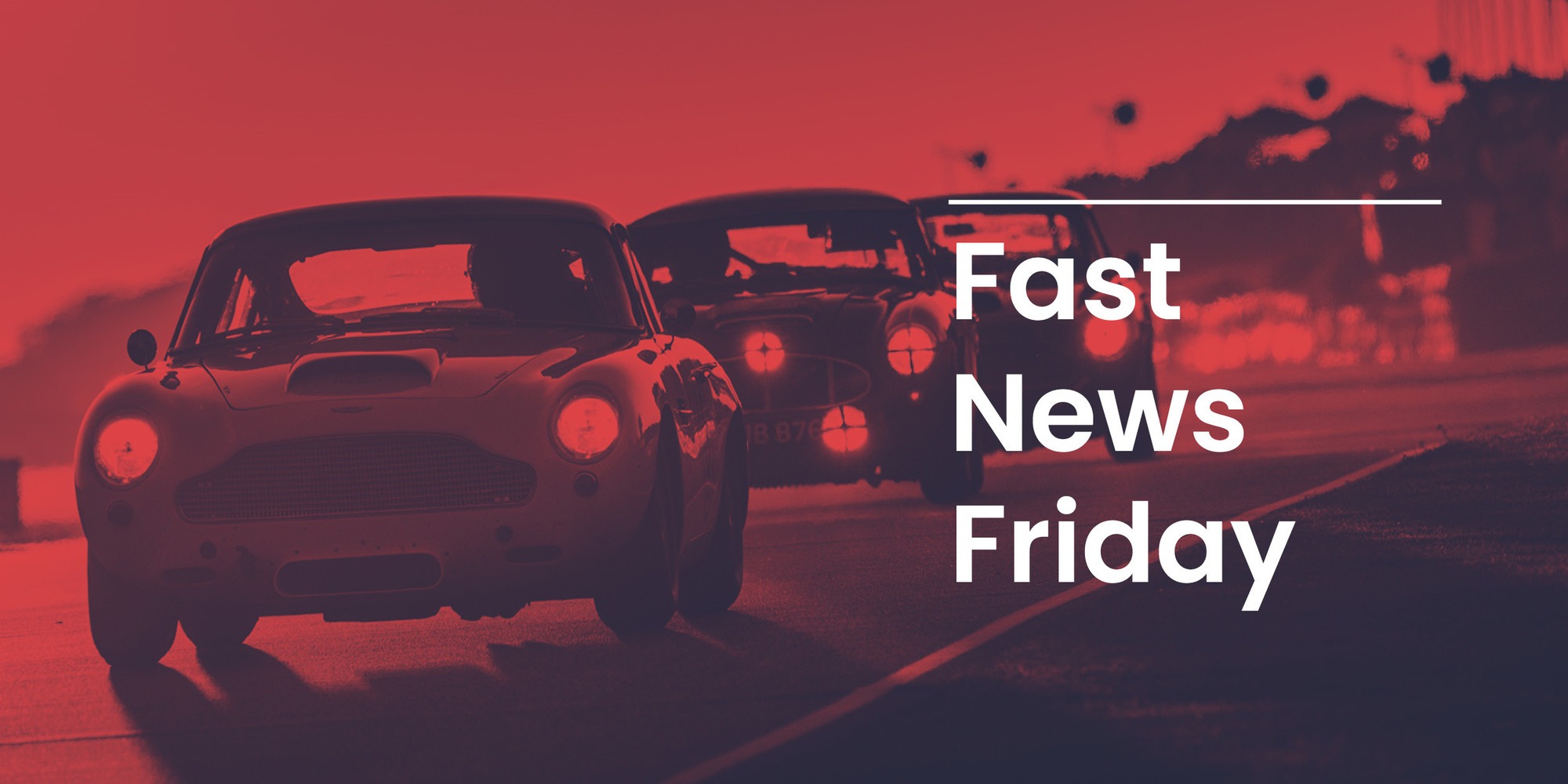 Welcome to Fast News Friday, a weekly round up of automotive news and branded content reviews, brought to you by Foxtrot Papa. This week we’re celebrating the return of the Goodwood Revival via a fabulous livestream link, enjoy learning about the thinking the design of the Lotus Emira and enjoy a glorious film teasing the sound of a newly built 1950 BRM V16 Grand Prix car.

Following its absence last year, the Goodwood Revival aka. The Festival of Tweed is back! Promising (as always) to be the best yet, there’s no denying the impressive line up of bikes, cars and planes set to appear at the famous race circuit this weekend. The organisers have also planned a fitting tribute to the late, great Sir Stirling Moss. If you haven’t got tickets, you can watch all the action via YouTube livestream in the link above. You’ll see everything from pre-war monsters from a fearsome era of racing to iconic Ford Mustang versus Mini Cooper touring car battles – and everything in between. There’s a genuinely fascinating mix on show and competitive racing to boot.

We think Lotus managed to pull out all the stops this year with its new Emira sports car. In this short clip, a typical car design film, we hear from Lotus’ head of design Russell Carr, as he explains the thinking behind its exterior form. Shot in a studio, whilst also featuring a series of new CGI action clips, we learn about how Carr wanted the Emira to be, “Beautiful, modern, memorable, thrilling to look at, but also recognisable as a Lotus”.

BRM or British Racing Motors was once a household name in Formula One motor racing. Founded in 1945 and based in the market town of Bourne in Lincolnshire, it competed from 1951 to 1977, competing in 197 grands prix and winning seventeen. BRM won the constructors’ title in 1962 when its driver Graham Hill became world champion. One of its most famous cars is the BRM V16 – powered by an exquisite 1.5-litre supercharged 16-cylinder engine. Although not short of power and outright speed, it was complex and rarely competitive, despite winning several races in the early 1950s. Today, the company has decided to bring one of these cars back to life. This is the second film in the series celebrating the build of the new Chassis No.IV P15 V16 – The Chrysalis. Turn up your speakers and enjoy a masterful short film.