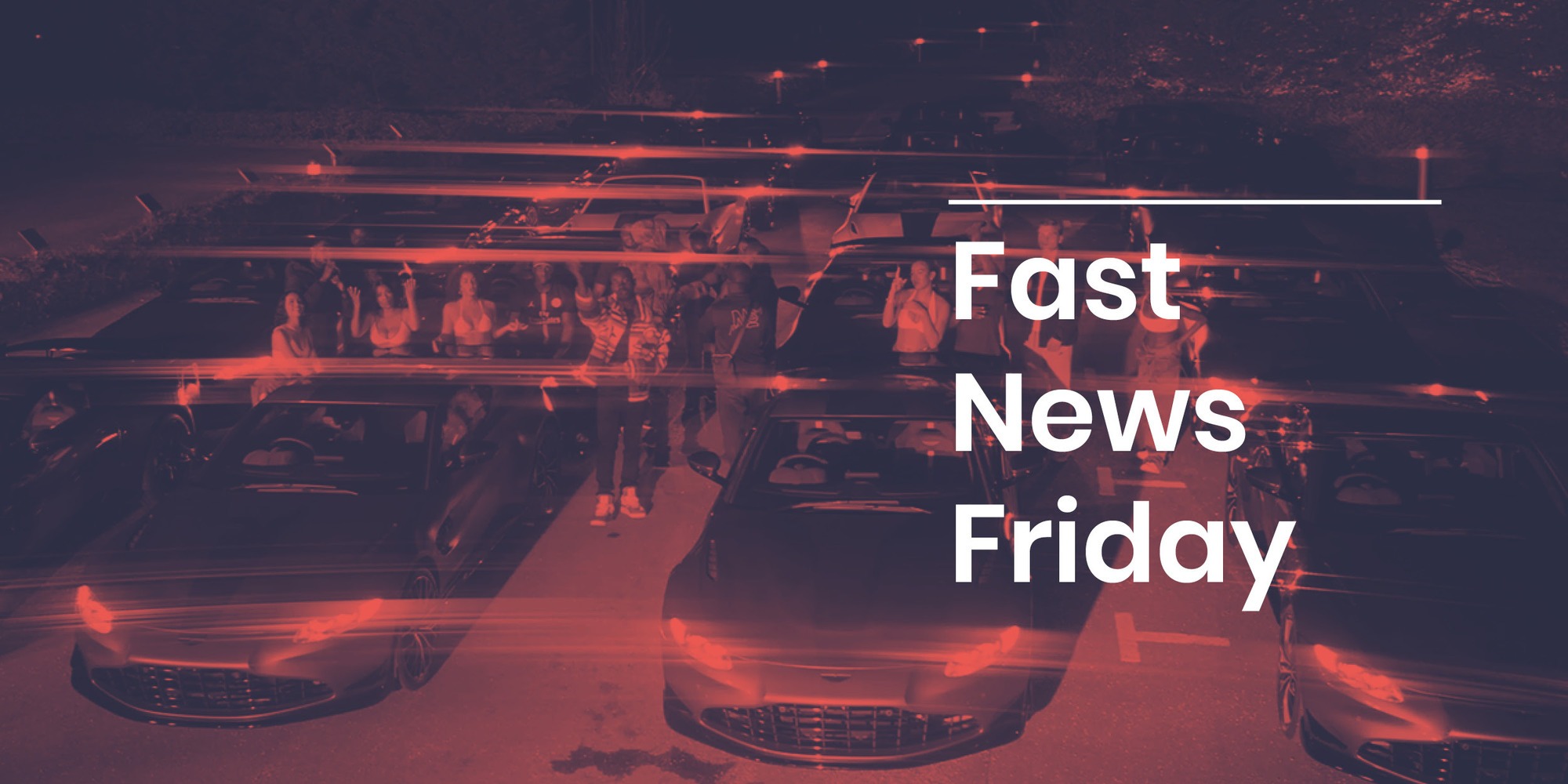 In this week’s episode of Fast News Friday, we bring you news of the FIA’s decision not to review its decision of Lewis Hamilton’s recent British GP penalty, enjoy a new music video from Santan Dave and Stormsy hosted by Aston Martin and discover an intriguing digital artwork inspired by BMW’s new i4 all-electric car.

Following the incident at last weekend’s British GP at Silverstone, the FIA has rejected Red Bull Racing’s request for a review of the penalty Lewis Hamilton received for colliding with opponent Max Verstappen. Red Bull believes that Hamilton’s 10-second penalty for causing the collision with Max Verstappen on the opening lap was too lenient, requesting that the FIA to look at the crash again. However, under the FIA’s rules in the International Sporting Code, Red Bull needed to bring a “significant and relevant new element” to the stewards for the governing body to be convinced there was a case to look at. After looking at the information presented to them, the stewards deemed it did not qualify as a “significant and relevant new element”. Tough luck, Red Bull.

Luxury and sports car maker Aston Martin hosted British rappers Santan Dave and Stormzy as the duo joined forces in the video for their highly anticipated new single ‘Clash’. Released this month, ‘Clash’ is the first collaboration between two of the heavyweights of the British music industry. The Aston Martin Valkyrie and V12 Speedster are amongst the automotive stars that feature in the video, alongside a sizeable entourage, which was shot at the company’s global headquarters in Gaydon and at the brand’s Silverstone-based Vehicle Dynamics facility. The two stars enjoy the power of the Aston Martin DBS before Stormzy takes the wheel of the limited edition V12 Speedster. Santan Dave said: “I’m extremely grateful to Aston Martin who couldn’t have been more of a pleasure to collaborate with on this video. It’s only right to showcase such an iconic British brand and such beautiful design alongside this moment.”

A new reality. Maxim Zhestkov and the first-ever BMW i4

As part of the celebrations to launch its new all-electric i4, BMW invited Russian media artist Maxim Zhestkov to create a series of digital artworks, interpreting the new vehicle and using the BMW i4 design and technology as his inspiration. The results form part of this beautifully shot short film. The film’s introduction states: ‘To visualize how electric currents and improvised fields of electromagnetism impact an unseen reality around us, Zhestkov let his algorithms calculate billions of outcomes, then overlaid his results with 3D renderings of a moving BMW i4 as it finds its way into three different virtual environments. The outcome is a tantalizing trip into an entirely digital space, where the laws of physics are mapped out and laid bare for the beholder to see and experience as moving visualizations.’