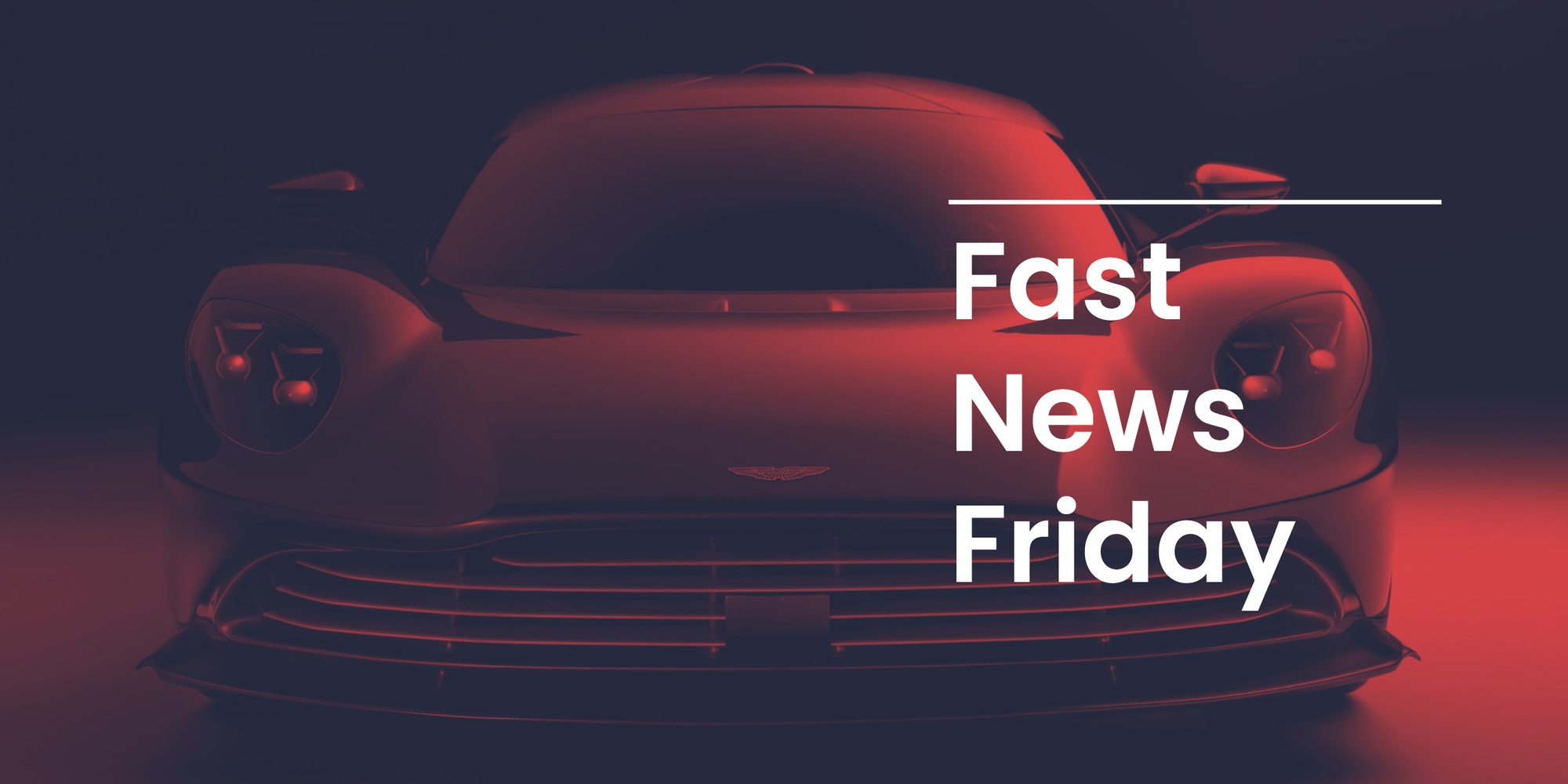 Welcome to Fast News Friday, brought to you by the automotive content experts here at Foxtrot Papa. This week, our top three news stories include a brand new Aston Martin – the brand’s first ever hybrid, a clever new brand film from Volkswagen and news of a huge electric car battery factory or ‘gigafactory’ that is set to be built in the UK’s West Midlands.

Barely a week after Aston Martin dynamically debuted its track-focused Valkyrie at the Goodwood Festival of Speed, the famous British brand has revealed another mid-engined hypercar. The first hybrid ever from Aston Martin, the Valhalla is the company’s answer to the Ferrari SF90, featuring a Mercedes-AMG-supplied V8 with a pair of electric motors for a combined output of 937bhp. With a Nurburgring lap record firmly in its sights, this stunning looking vehicle enters the competitive hypercar market priced at around £600,000. Hit the link to read an interview with Aston Martin’s chief designer Marek Reichman and find out what inspired the car’s breathtaking form.

For those who change the game – Volkswagen Way To Zero

Almost all automotive brands are currently in the process of reshaping their brand messaging for the electric future and few have a larger task than Volkswagen. This latest brand film from the German giant caught our eyes for several reasons. First of all, there’s the cars. Early on in the film we see the firm’s electric microbus, known as the ID Buzz, which has been teased several times over the years but never quite made it into production. According to this piece from The Drive however, the vehicle could be tasked with re-romanticising VW in the US – a true game changer perhaps? There’s some great camera work in the film too, with seamless transitions from one scene to another. Finally, the script. It’s playful and cleverly written and uses a language that the Gen-Zs can relate to. Overall, we think this is a great film from Volkswagen, would you agree?

A planning application for a 5.7m square feet gigafactory at Coventry Airport has been submitted by joint venture partners, Coventry City Council and Coventry Airport Ltd, it was confirmed this week. The Joint Venture Partnership was formed earlier this year to bring forward proposals for a gigafactory at Coventry Airport to supply the regional automotive hub with electric vehicle batteries, potentially including Jaguar Land Rover. If given the green light, it would become the third gigafactory in the UK and is estimated to bring £434m to the local economy each year and create 6,000 jobs. Andy Street, the mayor of the West Midlands, said: “It is mission critical that the West Midlands secures a gigafactory, both for the future of our region’s automotive industry and the huge economic and job benefits it would bring, as well as the future of our planet. The West Midlands is already home to the country’s biggest car manufacturer, Europe’s largest research centre of its kind, the UK’s only battery industrialisation centre, and a world-leading supply chain. A gigafactory therefore is the natural next step for the UK’s automotive heartland, and I will not rest until we have secured one.”