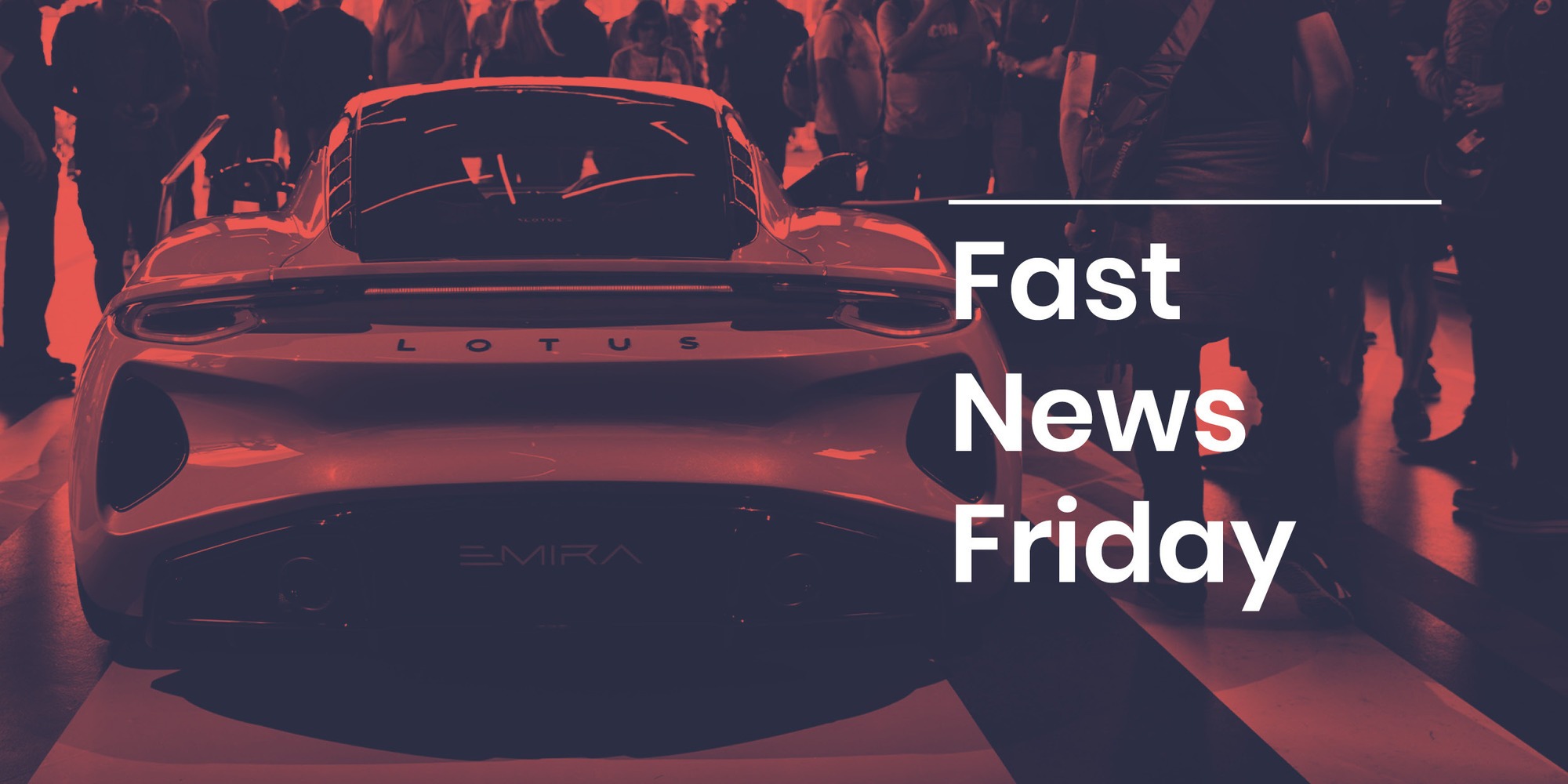 The Goodwood Festival of Speed is one of the most important and spectacular events in the automotive calendar, so we’ve decided to dedicate this week’s Fast News Friday to its return, following its postponement in 2020. Check out the stories and links below to find out more about our top three road going cars that are due to feature over the weekend.

Lotus’ long-awaited new sports car, the Emira, is the storied brand’s final ICE-only model boasting a design that is inspired by the 2,000bhp Evija all-electric hypercar. Revealed to the world at Hethel a few days earlier, the new car is powered by either the familiar Toyota-sourced V6 or a four-cylinder turbocharged unit from AMG. The Emira signals a new era for Lotus and promises to be the company’s most complete model yet. Offering a blend of supercar looks and everyday usability with class-leading performance and handling to match, the experts at Lotus have also worked incredibly hard to ensure the grown up Emira appeals to a much wider audience than the Elise, Exige and Evora sports cars which came before it. With prices starting at under £60,000 for the four-cylinder model, the Emira is keenly priced and is headed for all major global markets in the coming months. Watch the Duke of Richmond, the organiser of the Festival, drive the Emira up the hill.

Shedding its camouflage for the first time at Goodwood this weekend, the all-new BMW 2 Series Coupe introduces a bold new look for BMW’s smallest two-door coupe. Benefitting from 50:50 weight distribution and available with a choice of petrol and diesel engines, in both rear- and four-wheel drive format, there is also a 369bhp six-cylinder M240i xDrive range-topper and a full-fat M2 version due later in 2022. The M240i is available in a new colour that is exclusive to the model called Thundernight Metallic, and if that’s not enough to get you down to your nearest BMW dealer to find out more, we don’t know what is. Check out the global reveal via BMW’s YouTube page.

Buyers in the market for a multi-million pound hypercar are well catered for at the Goodwood Festival of Speed and one such car that would certainly be on our shortlist is the much anticipated Aston Martin Valkyrie. Making it’s dynamic public debut at the event, the Valkyrie will also be making a timed run in an attempt to be the fastest up the hillclimb, with Aston Martin Cognizant Formula One team driver Lance Stroll behind the wheel. Producing a colossal 1,160bhp and 900Nm at 10,500rpm from its 6.5-litre naturally aspirated V12, Aston Martin’s lightweight hypercar makes an incredible noise and is one car not to be missed as it stretches its legs this weekend. Watch it take on the famous hillclimb here.