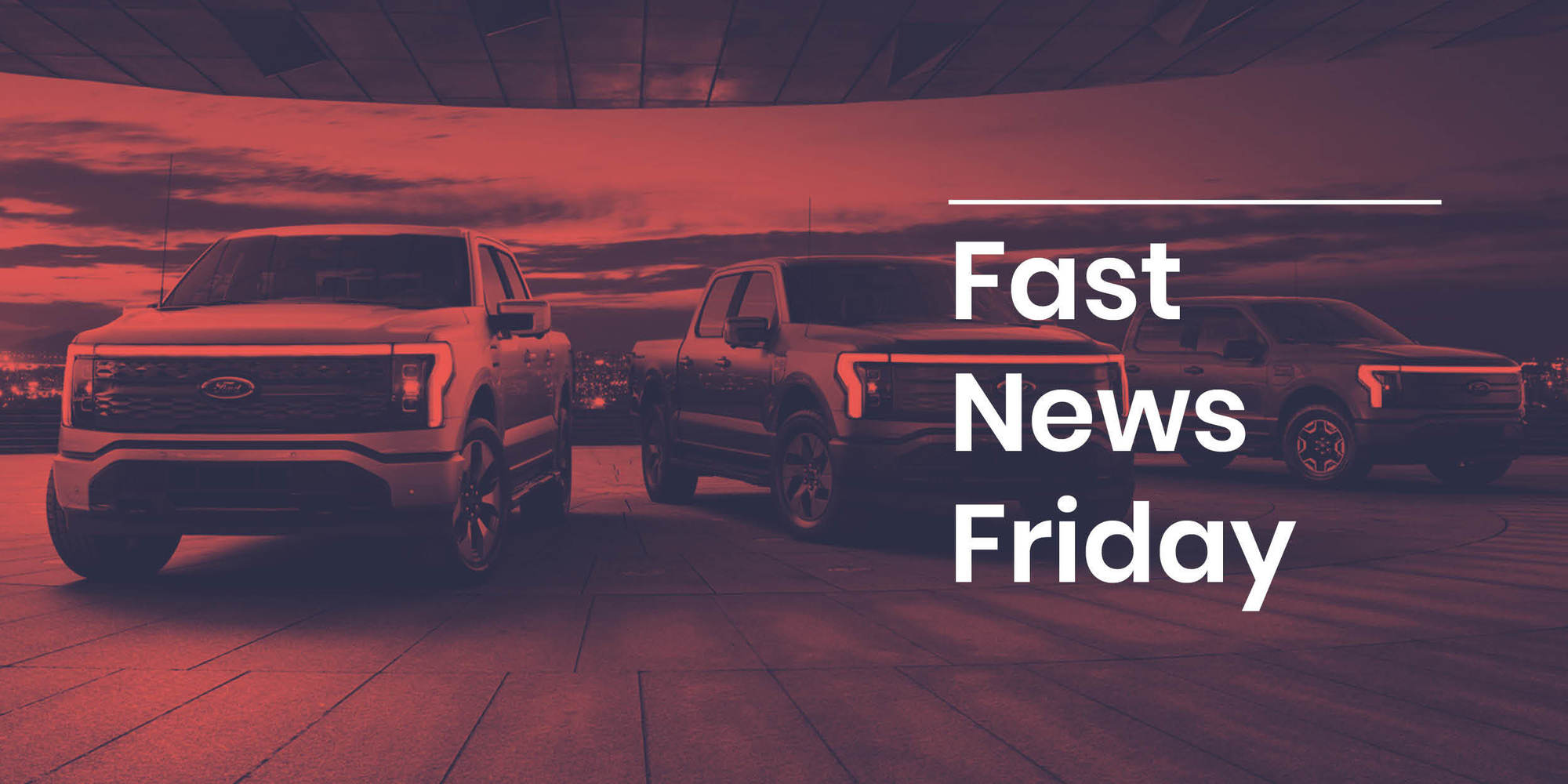 Welcome, automotive fans, to Fast News Friday! In this week’s episode we’ve found a new (but slightly unoriginal) car/plane action film from Bugatti, discovered details of the all-electric Ford F-150 Lightning and learned all about Lamborghini’s plan to go electric. You’ll find these stories and more in the links below.

Now if this isn’t the moodiest and ‘biggest opportunity missed’ automotive film you’ll watch all week, then we’ll get our coats. Featuring the incredible Bugatti Chiron Sport Les Légendes du Ciel (which fittingly translates as Legends of the Sky/Heavens) this new minute-long drag race film published on the famous French brand’s YouTube page also stars a Dassault Rafale Marine fighter jet. But hang on, doesn’t that all sound a little familiar? That’s because it’s a very similar film concept to Top Gear’s televised drag race featuring Richard Hammond, the Bugatti Veyron and a Eurofighter. Considering the standard of the two machines on screen here, we’re left a bit wanting, if we’re honest.

Oxford to get Europe’s most powerful EV charging hub

A new EV charging hub is due to be built near Oxford that will draw 10MW of power directly from the national grid – making it the most powerful charging site of its type in Europe, according to infrastructure company Pivot Power. Working with Oxford City Council the firm will join forces with charging company Fastned, Tesla and charger provider Wenea to deliver 38 fast and ultra-rapid chargers at Energy Superhub Oxford (ESO). Located at Redbridge Park and Ride, the superhub is part of a wider push to reduce CO2 emissions in Oxford, spearheaded by Pivot Power, which has funding of £41 million to integrate EV charging, battery storage, low-carbon heating and smart energy management technologies to support Oxford in becoming zero-carbon by 2040.

Ford has revealed details of an all-electric version of its F-Series pick-up truck, which is North America’s best-selling vehicle. Due to arrive in 2022, the Ford F-150 Lightning will rival the Tesla Cybertruck which goes on sale early next year. Boasting 555bhp, a mighty 775lb ft of torque and four-wheel drive, the new model is seriously fast for such a large vehicle – covering the 0-60mph sprint in just 4 seconds! Available with two battery capacities, offering ranges of up to 230 and 300 miles, Ford includes a 150kW home charging station as standard that will be capable of providing the Lightning with a 15-80% charge in around 40 minutes. The truck also offers something called a ‘power-at-home function’, which allows owners to power a home during a power outage. Impressively, Ford says the Lightning is capable of powering the average home for up to 10 days, and can also provide charge to electrical equipment. The Lightning claims to be very strong, too, with a maximum payload of 907kg, along with a towing capacity of up to 4536kg.

Lamborghini to hybridise all models by 2024

As part of Lamborghini’s move towards electrification, the brand has confirmed this week that it will turn to hybridisation first with all models featuring some form of electrification as soon as 2024. Stephan Winkelmann, President and CEO of Automobili Lamborghini, said, “Lamborghini’s electrification plan is a newly-plotted course, necessary in the context of a radically-changing world, where we want to make our contribution by continuing to reduce environmental impact through concrete projects. Our response is a plan with a 360 degree approach, encompassing our products and our Sant’Agata Bolognese location, taking us towards a more sustainable future while always remaining faithful to our DNA.”

For the first time since 2012, Norfolk car brand Lotus will be celebrated as the Central Feature at this year’s Goodwood Festival of Speed. The event will also play host to the public reveal of the brand’s hotly anticipated new sports car, the Emira. This year’s theme will be “The Maestros – Motorsport’s Great All-Rounders,” and Lotus will be the event’s key manufacturer. According to Goodwood.com, “This year’s sculpture, the design of which will be kept top secret until the Festival opens in July, will take a different philosophy and a new, immersive direction, allowing not only those at the event, but also fans watching from home, to interact with it.”