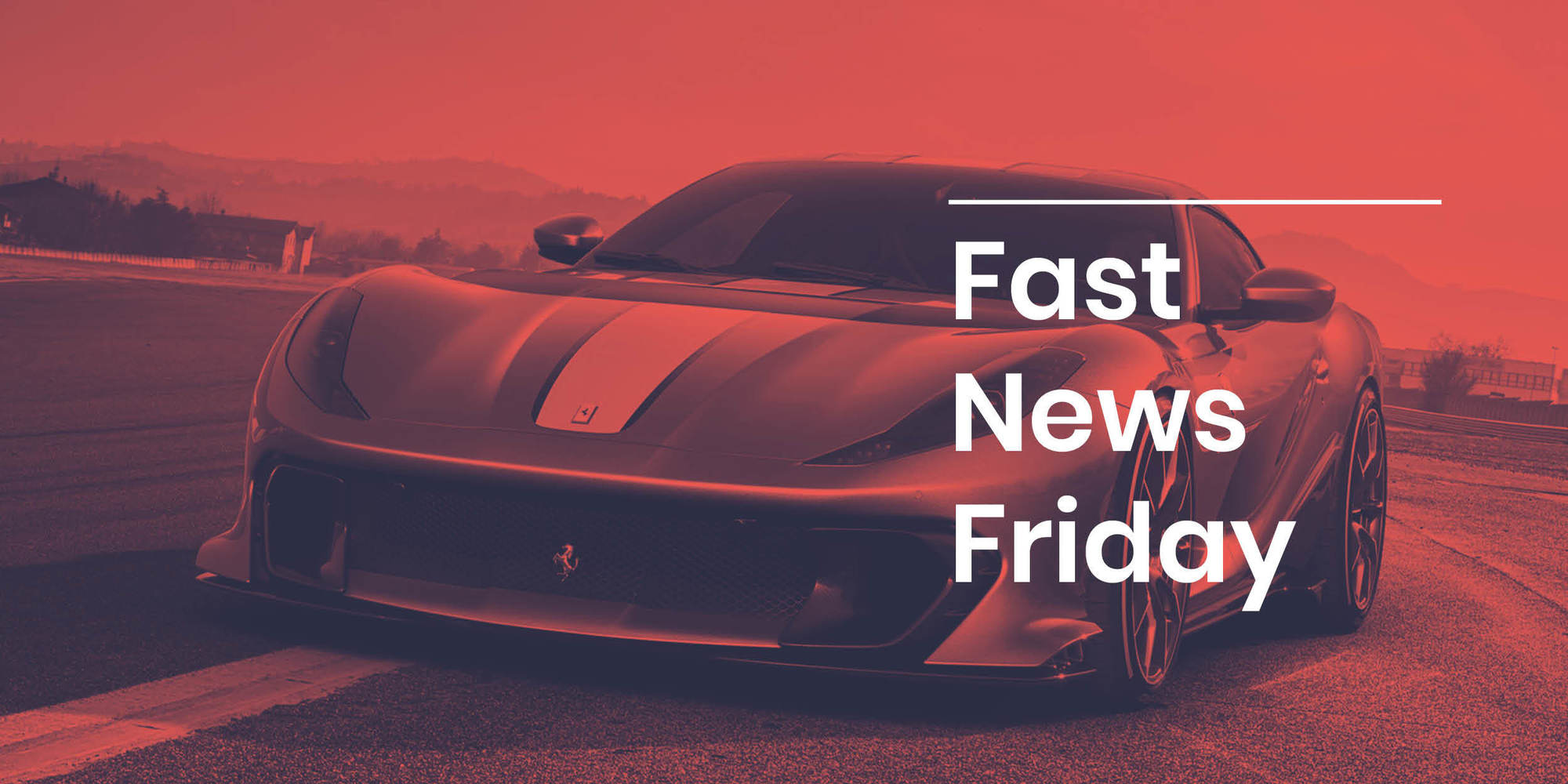 Welcome to another episode of Fast News Friday, the weekly round up of automotive news and content reviews, brought to you by Foxtrot Papa. This week there’s a very special new Ferrari to pore over, a series of brilliantly informative films from Porsche and reborn coachbuilder Radford has revealed details surrounding the brand’s first new car, which uses Lotus underpinnings.

Chinese electric car manufacturer NIO will soon start selling its vehicles in Europe, with Norway at the top of the list. Order books for the 537bhp NIO ES8 SUV will open in July with the ET7 saloon following next year. As part of the launch in Norway, NIO will develop a charging network that includes the company’s innovative battery swap stations. The dedicated service pods can swap out a flat battery and replace it with a fully charged one in around 3 minutes.

Red Bull to build its own F1 engine

Keen to benefit from a fully integrated approach, Red Bull Racing has announced that it is building its own Formula 1 engine. “Going up against the likes of Mercedes and Ferrari and Renault, who have obviously been building engines for decades… it’s no small undertaking. And integrating it fully with the chassis team, within the campus, within Milton Keynes, means we’re the only team other than Ferrari to have that full integration,” Red Bull team principal Christian Horner told TopGear.com. With Red Bull and Verstappen appearing to have similar levels of pace to Mercedes’ Silver Arrows and the virtually unstoppable Lewis Hamilton this season, the in-house engine may just do the trick in the near future.

Radford’s first car will be Lotus based

Reborn British coachbuilder Radford has announced that its first vehicle will be a reimagined version of the 1969 Lotus Type 62, built using Lotus technology and/or underpinnings. The news, and shadowy teaser image, was released on Jenson Button’s Instagram page, who is a co-owner of the company alongside Ant Anstead formerly of Wheeler Dealers. Button said: “We’re already hard at work developing this car and the driving experience will be different and very special. It’s going to be truly analogue and thoroughly engaging, but with all the refinements that you would expect from a Radford. It will drive like nothing else. There is a purity to driving that is lost in many cars of today. I will ensure we create a driver’s car, a trait that is embedded within the DNA of all Lotus cars.”

Ferrari has revealed its new limited-edition supercar, the 812 Competizione. Based on the 812 Superfast and powered by a tuned version of the standard car’s 6.5-liter V12, max power is up to 819bhp at an incredible 9,500rpm! Ferrari has also confirmed a targa-style version of the car too, called the 812 Competizione Aperta. From a design perspective, the Competizione is recognisable as being related to the Superfast but there are some very striking visual modifications, most notably at the rear. The rear window has been replaced by an aluminium panel with vortex generators, which saves weight over glass. There’s also a more pronounced lip spoiler, a new diffuser and a revised twin-exit exhaust system. Priced from around half a million Euros, the Competizione is certainly not cheap, but then all 999 planned units are already sold, so perhaps we’re wrong.

In this series of short but entertaining films from Porsche, American engineer and TV presenter Bill Nye (not to be confused with Bill Nighy, the English actor) attempts to explain some of the technologies that are found in Porsche’s groundbreaking Taycan electric car. Benefitting from light-hearted but scientifically accurate scripts (this is Porsche we’re talking about remember), the films take on a Mythbusters-style approach with plenty of action footage. The result is a very compelling and watchable series.