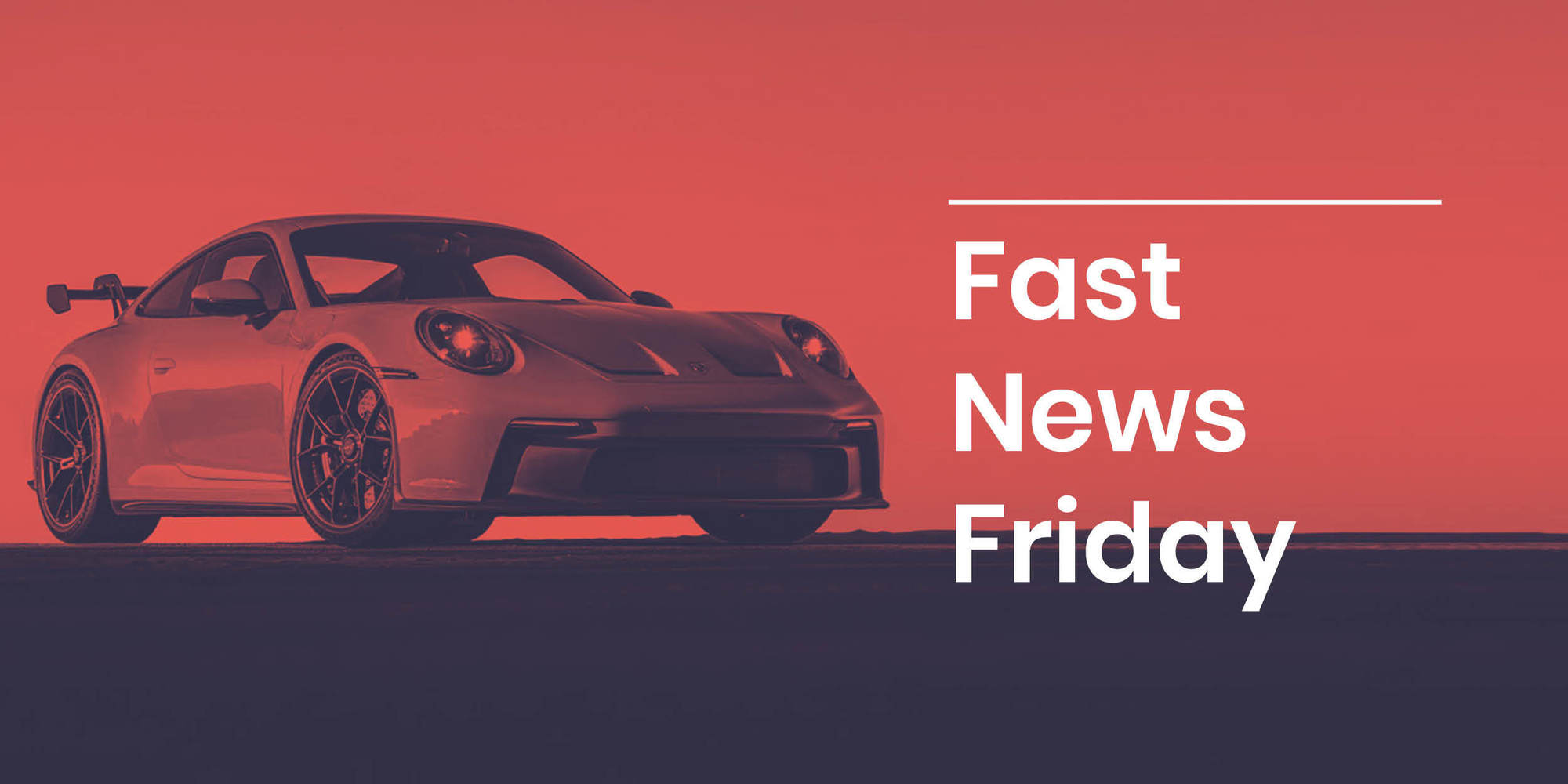 Welcome to Fast News Friday, the weekly round up of automotive news and content reviews from Foxtrot Papa. This week, Chris Harris steps behind the wheel of Porsche’s latest track-focused GT3, the FIA introduce a new all-electric sports car race series and the organisers of the Tokyo Motor Show have cancelled it for the first time ever – due to the growing number of Covid cases in the country.

We’ve come to expect great things from Top Gear’s least known (but best, in our eyes) presenter, and in this latest film featuring the new 911 GT3, Harris is up to his old tricks. Of course, the new GT3 is the star, what with its new double wishbone front suspension and clever aero packaged, but Harris adds a certain something to what is all too often just another performance car video. We need more presenters like Chris, right?

EVs are as safe as ICE cars, apparently

According to a report published in the US by the Insurance Institute for Highway Safety (IIHS) this week, electric cars are as safe at withstanding and avoiding crashes as ICE cars and generate fewer injury claims. The IIHS is a non-profit safety agency funded by the insurance industry which based its results on several data points and testing. “It’s fantastic to see more proof that these vehicles are as safe as or safer than gasoline- and diesel-powered cars,” IIHS President David Harkey said in a statement. “We can now say with confidence that making the U.S. fleet more environmentally friendly doesn’t require any compromises in terms of safety.”

The FIA has announced a new all-electric sports car race series this week that’s designed to serve as a platform for manufacturers to develop road cars. Racing at proper permanent circuits instead of street circuits (as is the case with Formula E), the series will spawn a new breed of racing cars based loosely around the GT3 category. However, the FIA is promising that they “will exceed their combustion engine-powered counterparts in areas such as acceleration and qualifying pace”. The new series also promises to introduce ultra-rapid charging for mid-race pit stops with a peak rate of 700kW, which is around double that of the fastest roadside EV chargers.

For the first time in history, the organisers of the Tokyo Motor Show in Japan have announced that this year’s show will be cancelled. Due to rising Covid-19 cases and with the country close to a third state of emergency, Akio Toyoda, Chairman of the Japan Automobile Manufacturers Association (which is the body that organises the event), said: “The Tokyo Motor show is being canceled, not delayed. It’s difficult to hold the event in a way in which many people will be able to experience the appeal of mobility in a safe and secure environment.” Toyoda also went on to express his wishes to prevent the show from moving online, as he feels it’s important for visitors to experience the vehicles that make the show what it is, in the real world. We couldn’t agree more.

Here’s a film from arguably the most progressive car brand out there today, a brand that fully understands its values. ‘Leave a mark’ is all about Polestar’s target to offer cars that have zero effect on the environment, both in production and in use. The film here is simplicity itself; featuring an intriguing script and wonderfully calm colour background transitions, the takeaway element – about what kind of mark we all leave on this planet – is an inspiring one and one that we should all consider.