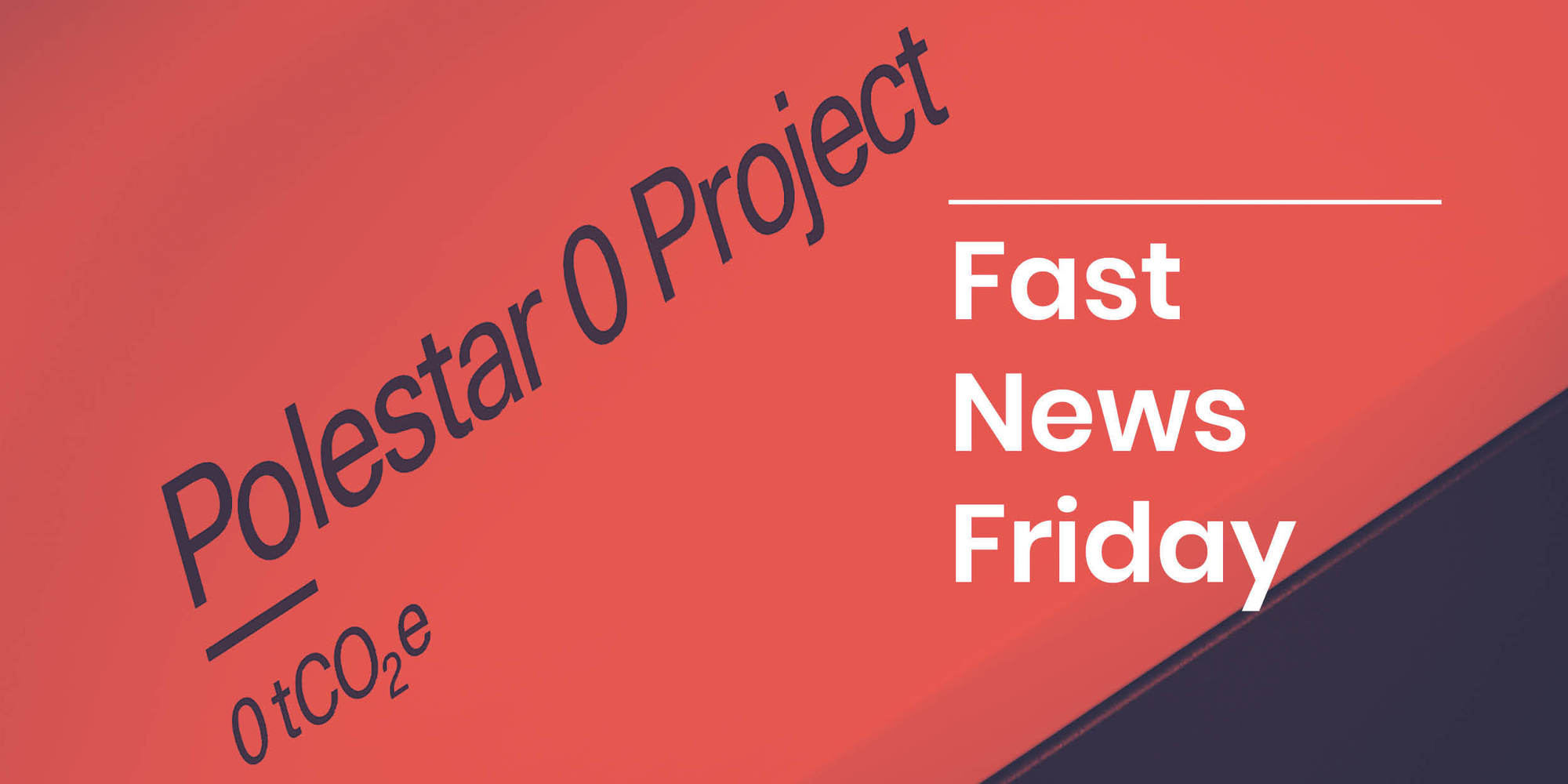 In this week’s episode of Fast News Friday we hear from Polestar’s Thomas Ingenlath on the brand’s new climate-neutral car initiative, learn of a new EV salary sacrifice scheme and discover just what car dealerships will be like as they reopen next week.

Polestar has announced a progressive new initiative that will focus on eliminating carbon emissions from every stage of its vehicle production process. Known as “Polestar 0”, the Swedish brand is targeting 2030 to fully realise the plan. According to Auto Express, the majority of manufacturers aim to offset their carbon emissions by planting trees (for example) but Polestar’s CEO, Thomas Ingenlath, is arguing that true carbon neutrality requires a radical rethink of how cars are built; especially now that climate experts are raising questions over the long-term carbon storage capability of forests. “Offsetting is a cop-out,” said Ingenlath. “By pushing ourselves to create a completely climate-neutral car, we are forced to reach beyond what is possible today. We will have to question everything, innovate and look to exponential technologies as we design towards zero.”

Octopus Electric Vehicles has launched a new electric car leasing service for businesses looking to become more environmentally friendly. The service will work as a salary sacrifice scheme where money will be taken out of employee’s wages in return for use of a new electric vehicle. Known as Electric Dreams, 141 companies have already signed up to the service which could save drivers thousands in national insurance and income tax. The launch comes as EV sales reach a tipping point thanks to falling cost, government incentives and changing attitudes towards zero emission vehicles.

Chinese smartphone company Xiaomi recently stated that it has plans to invest $10 billion over the next decade in an automotive venture, without confirming any other specifics around the investment. During a presentation published this week via social media, Xiaomi CEO and founder Lei Jun said the company wants to launch its own electric vehicles and that the first model would be a sedan or crossover priced somewhere between 100,000 yuan and 300,000 yuan (approximately $15,300 and $45,900). Lei said the targets were based on the results of an Internet poll and that the plans were yet to be finalised, South China Morning Post reported.

The latest brand of all-electric motorsport got underway in Saudi Arabia this week, and it raises some very interesting topics – largely the environment – and with it, some very important questions. In this thought provoking piece by Top Gear’s Jason Barlow, he explores the series’ motives alongside the action and discovers that despite several shortcomings or teething issues from the outset, there lies great promise and a bright future. And, as the article pull quote suggests, it has already attracted the very biggest names in motorsport from the off… ‘Do you think the likes of Lewis Hamilton would sign up if he hadn’t done due diligence?’. Enough said.

How UK car dealers will operate after lockdown?

If you’re considering buying a new car once dealerships reopen next week, this article from Autocar is well worth a read. Expect an unaccompanied test drive and the usual Covid-19 precautions but don’t expect dealerships to be empty, as there are plenty of signs that the car industry will bounce back. The article states: ‘According to a poll of 3000 people by What Car?, car buyers are emerging from Covid-19 hibernation in their droves. Visits to What Car?’s new car deals pages have grown by nearly a fifth (18.1%) compared with the first 14 days in February, while almost a quarter (22.9%) of those polled plan to buy a car in the next three months. It’s going to be busy.’