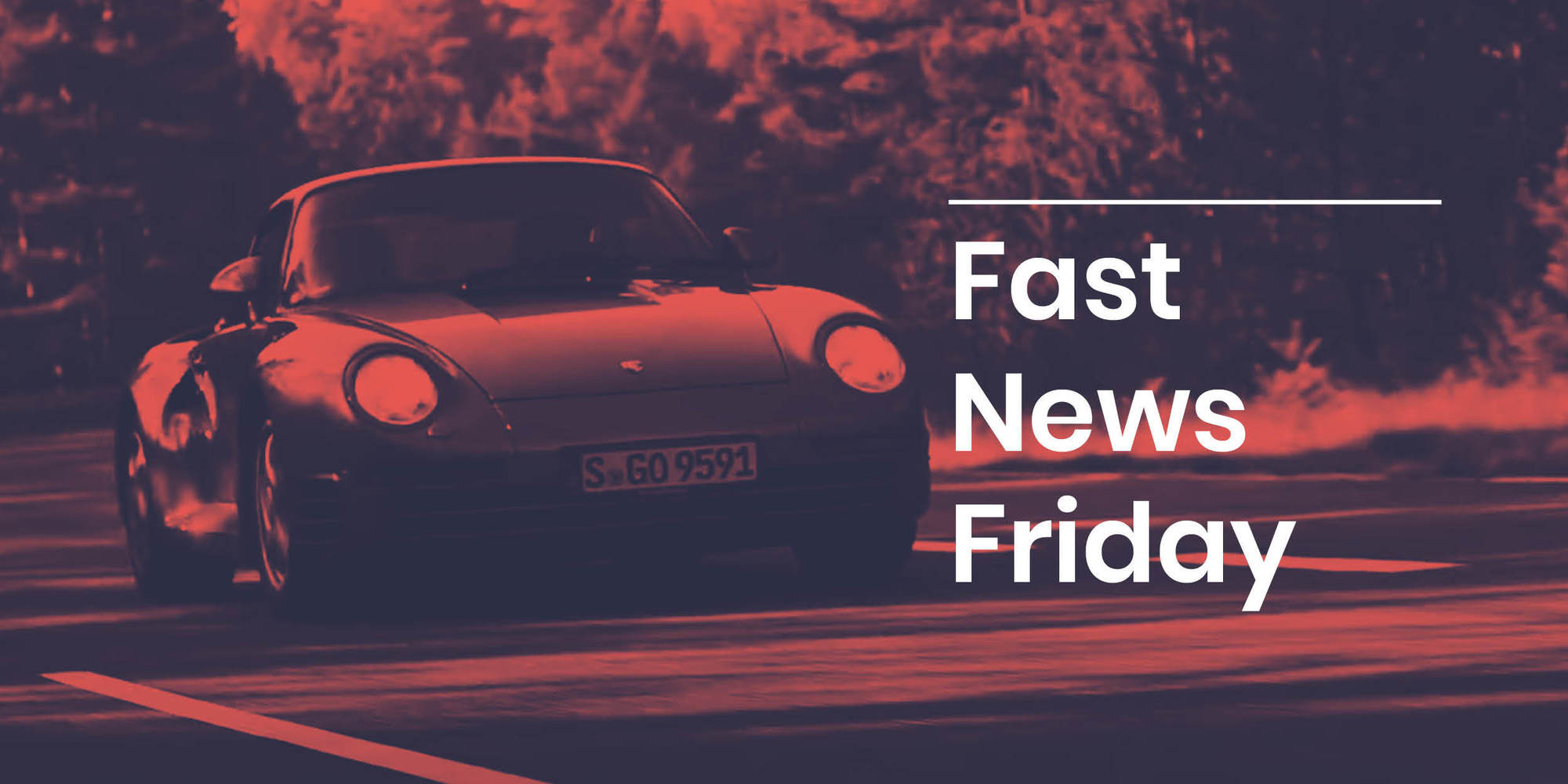 Welcome to this week’s edition of Fast News Friday, brought to you by the automotive content experts here at Foxtrot Papa. This week, we’ve enjoyed hearing from British F1 legend Damon Hill as the season kicks off again, discovered that Porsche’s YouTube channel has reached the 1M subscribers mark via a slick new brand film and learned that Rimac has opened a new R&D centre in the UK.

Damon Hill on Hamilton, Verstappen and the future of F1

This season’s F1 Championship is shaping up to be an exciting prospect. Will Hamilton secure his eighth title and with it retire from the sport at the very top of his game? Will Verstappen finally make charge for the title? What can Alonso bring to the table on his glorious return to the sport? Here, Autocar speaks with former F1 Champion Damon Hill, as he provides his thoughts on the season and plenty more besides.

If we told you this was a film by Land Rover featuring Bear Grylls and the new Discovery SUV, you’d understandably think it was a feature about exploration and some kind of white knuckle adventure, right? Not this time. Project Discovery is Land Rover’s latest research initiative looking at what families have discovered about themselves after an incredibly challenging year.

Produced to celebrate 1 million YouTube subscribers, this fast-cut edit of existing channel content is Porsche’s way of saying thank you to its online viewers and fans. Look closer however and there’s a bit more to it than that. First of all, it’s a brilliantly put together – something you’d expect from a brand as prestigious as Porsche. Secondly, there’s another clever message here concerning how the brand’s timeless appeal remains undiminished, despite the test of time and new technologies, such as electrification.

Croation hypercar brand Rimac has opened a UK-based R&D centre in Warwick Enterprise Park, Warwickshire. The office is planned to employ 30 people by the end of 2021 although according to Autocar, Rimac said it could “expand significantly in the years to come” as the company progresses its product lines. The office will work collaboratively with Rimac’s Croatian HQ and enable the firm to employ British engineers, whom Rimac founder and CEO Mate Rimac apparently regards as some of the best. The opening of the office is part of the build-up to Rimac’s launch of its second electric hypercar, the C_Two, which Rimac will deliver to the UK through a new £40 million ‘experience centre’ in Hatfield, Hertfordshire.

Two of the world’s leading providers of in-car real-time 3D content (RT3D) and location data and technology (HERE Technologies and Unity) have announced a collaborative agreement to partner on developing next-generation HMI systems with state-of-the-art, RT3D rendering capabilities. To date, HERE has 3D mapped more than 70 major cities in the US, Europe and Asia with plans to eventually offer global 3D map coverage. “Car buyers now care more about interactivity with their vehicle than horsepower or fuel-efficiency. Unity’s work with HERE opens up the ability to meet consumer demand, providing a continuous user experience across all displays powered by Unity and our ecosystem,” said Julien Faure, Vice President, Verticals at Unity. “By working with industry leaders like HERE, we feel that Unity has the potential to power dynamic infotainment, immersive augmentation, and geospatial and media experiences all integrated into a seamless user experience.”