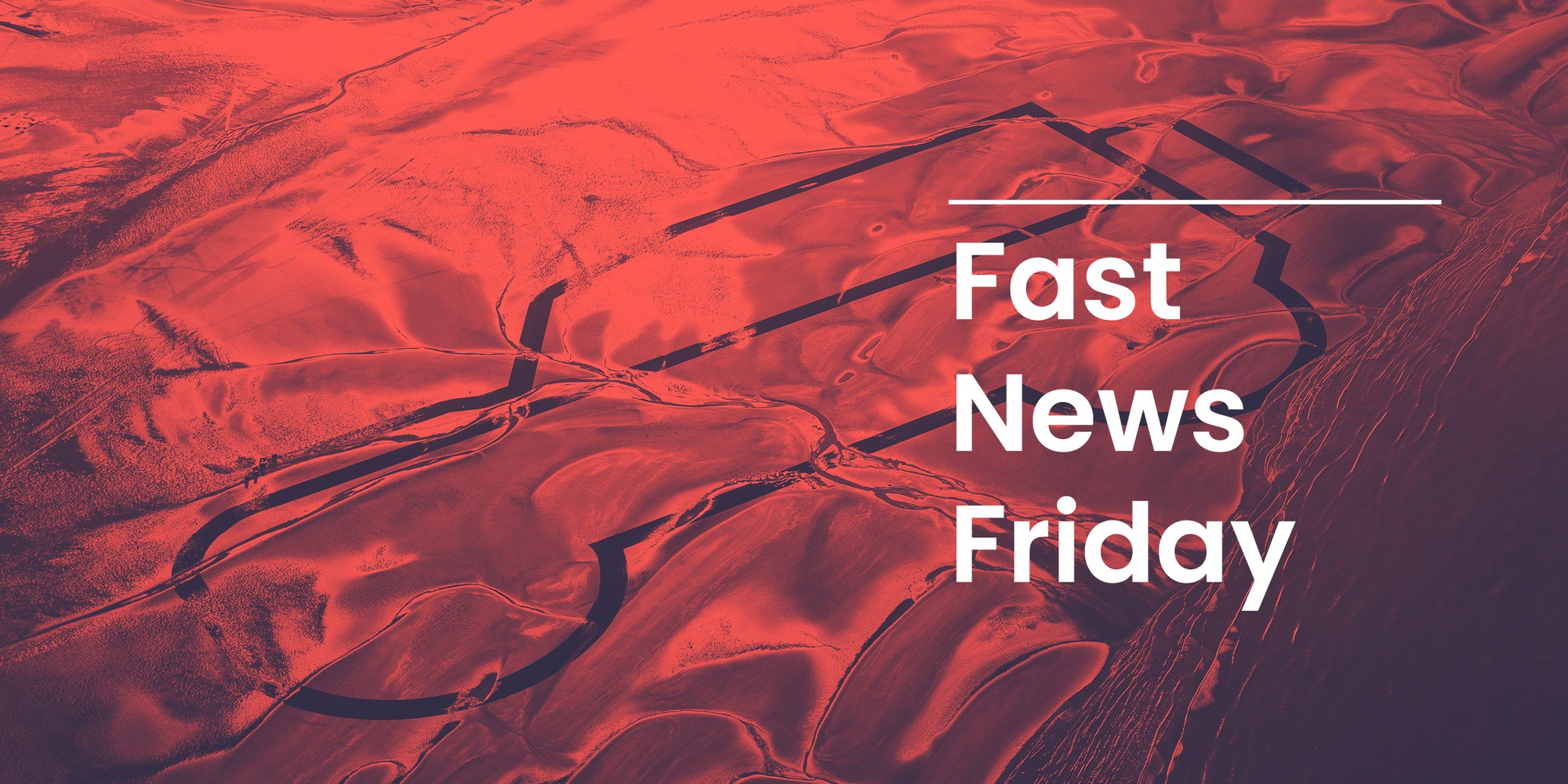 Another week, another Fast News Friday jam-packed with automotive news from Foxtrot Papa. This week we celebrate 30 years of the Mazda MX-5, weigh up the political significance of Vauxhall’s latest TV spot and quake in fear at the ever-expanding Amazon automotive ecosystem. Read on for this and much much more…

Up first, we have a piece of content that has divided the office in much the same way that Brexit (there, we said it) continues to divide the nation. To launch their new remodelled Vivaro range (and perhaps divert attention from parent company Opel’s announcement that 1,000 UK jobs are at risk should a no-deal Brexit occur) Vauxhall have produced a stirring and staunchly patriotic ode to the Great British van driver. With lines borrowed from speeches made famous by the likes of Rudyard Kipling, Churchill and Shakespeare’s Henry V, the ad is set to run across TV, social and digital and has a pretty hefty media budget behind it.

Is it an inspirational, universally inclusive rallying cry that will unite our nation at a time we need it most? Or is it a tasteless pastiche of propaganda from Britain’s imperial past that typifies the divisive rhetoric of the Vote Leave campaign? We’ll leave you to decide.

2. Amazon continue the expansion of their auto empire

As Amazon inch ever closer to taking over the world, we were captivated by this round up of their investments in transportation, logistics and robotics that suggests they are now competing with legacy automotive and transport brands in all areas short of the manufacturing of actual cars. From December 2016 to May this year the company amassed 210 transportation patents including several relating to self-driving and automated delivery vehicles. This is compared to just 140 and 105 similar patents granted to rivals Google and Apple respectively.

According to former Ford global technologist John Ellis, manufacturers “should be very scared” of these developments. As consumers pay less attention to horsepower and focus more on the technology, connectivity and entertainment specs of a vehicle, he expects more consumers “won’t really care whether you’re in a Ford or a Chrysler or a Chevrolet or a BMW.”

Brilliantly timed ahead of the all-new Land Rover Defender launch in September, the experts at Land Rover Classic have introduced a range of upgrade kits for older Defender models, from as far back as 1994. Designed to give better performance and on-road agility, the parts have been inspired by the exclusive limited-edition Defender Works V8 – 70th Edition, launched late last year. The kits, which include some fantastic diamond-turned 18-inch Sawtooth alloy wheels, are the first of their kind from Land Rover Classic. Owners of 2.2-litre TDCi models produced from 2012 model year onwards are in for a real treat. The Defender Classic Works Upgrade Kit includes all of the wheel, brake and suspension elements in addition to new performance-rated tyres and an engine upgrade which delivers an extra 40PS – total output of 162PS and 463Nm torque. Top speed is increased to 106mph – which trust us, is more than enough!

4. Many happy returns to the Mazda MX-5

Garnering over 2,000 likes on Twitter—making it Mazda UK’s most-liked tweet of all-time—this 2-minute collection of cuttings celebrating the 30th anniversary of the iconic Mazda MX-5, simply made us smile here at Foxtrot Papa. Why, we hear you asking, is that worthy of Fast News Friday? Well, because that is exactly what the MX-5 was designed to do when it arrived in 1989, and continues to do so brilliantly to this day. Take a bow, Mazda’s social media team.

We round off this week’s Fast News Friday with a shameless blow of our own trumpet… Having spent the last year helping Ford of Europe launch models ranging from the Focus ST to the Ranger Raptor in locations as far flung as the north of Sweden or coast of Morocco, we caught up with our client Stéphane Cesareo, Product Launch Director for Ford Communications, to get his top tips for running a successful media drive in the digital age. Find out what he had to say here.