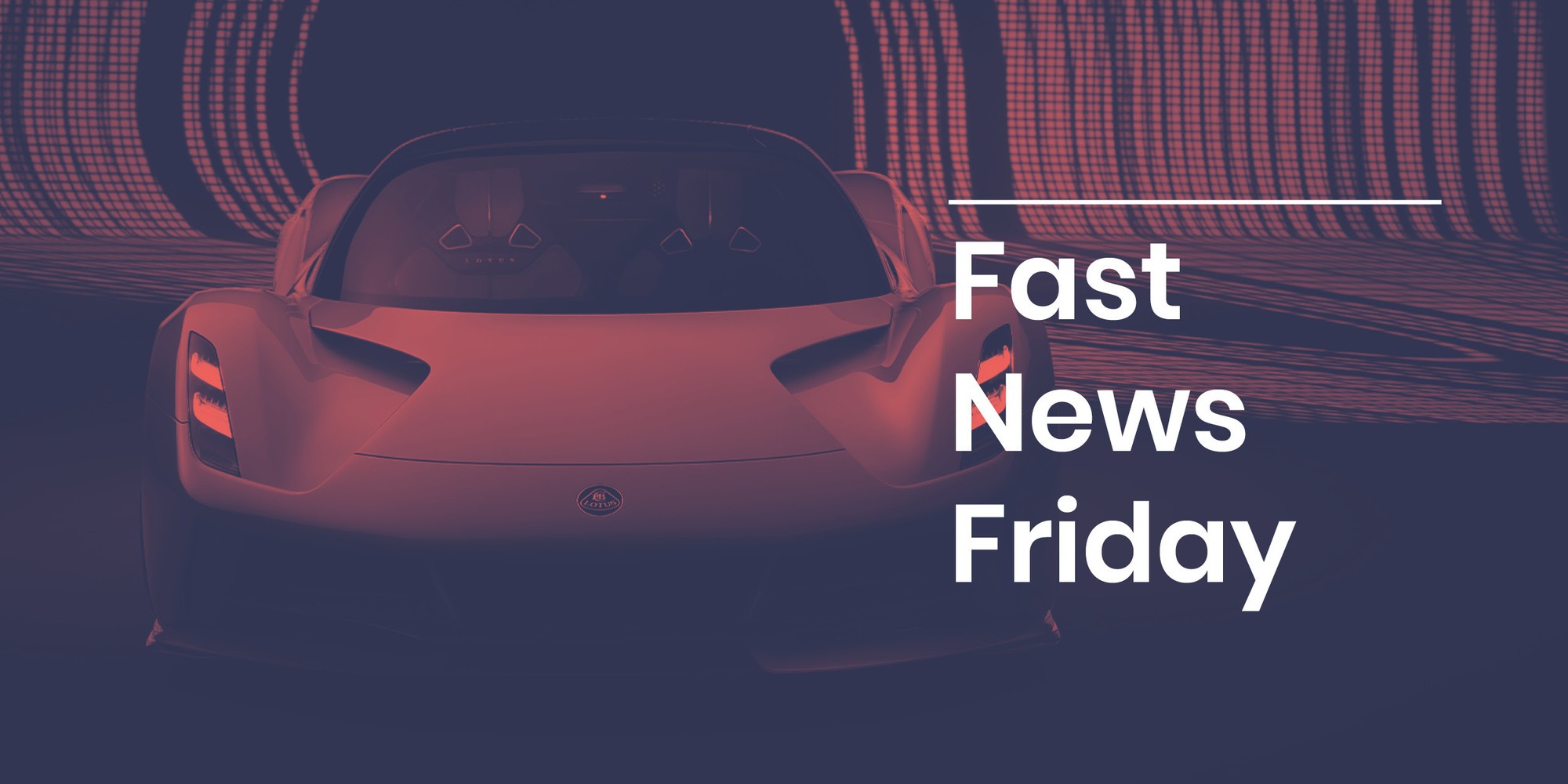 Welcome to this week’s episode of Fast News Friday, Foxtrot Papa’s weekly round up of automotive news and content reviews. We’ve unearthed a story from Land Rover USA, who are giving away customised Defenders, enjoy watching Chris Harris put the new BMW M3 through its paces and find out which F1 car from Lotus’ past inspired the sounds for the Evija all-electric hypercar.

Whether you find it distracting or not, the amount of dashboard tech in modern car interiors is increasing, but is that a good thing? Security software and service provider BlackBerry Limited recently announced a partnership with leading automotive electronic company Desay SV Automotive, to launch a clever dual-screen virtual smart cabin domain controller, which apparently, is designed to enable safer driving. Developed to operate on Chery’s Tiggo 8 Plus and Jetour X90 Models, the L2 intelligent automated driving system provides drivers and passengers with a cinematic experience while on the road. “Thanks to its advanced technology and rapid application abilities, Desay SV Automotive is well positioned to provide a smart cabin with a multi-sensory immersive experience,” said John Wall, Senior Vice President and Co-Head of BlackBerry Technology Solutions. “Augmented with secure and reliable BlackBerry QNX technology, together we can address the diverse needs of an auto industry that is undergoing rapid transformation.”

BMW’s highly anticipated (but much debated and undeniably bucktoothed) new M3 is now in the UK and Top Gear’s Chris Harris has driven it. In this short film, Chris takes BMW’s new super saloon to Castle Combe in Wiltshire to put it through its paces. Now, if this isn’t the sort of content that’s almost ideal for watching on a wet Friday afternoon in March, then we don’t know what is. Put your feet up, the kettle on and enjoy.

EV owners can breathe a sigh of relief this week following news that Gridserve has partnered with Ecotricity to upgrade the UK’s Electric Highway chargers following criticism from the Government. First on the list of improvements is the UK’s motorway EV charging network, which is to be overhauled with new high powered, open-access units. Charging forecourt firm Gridserve has bought a 25% stake in Ecotricity, which runs the ‘Electric Highway’ network of motorway chargers. The plan is to swap all of Ecotricity’s existing chargers with new units that support CCS, CHAdeMO and AC connections. The deal will also mean that Ecotricity will install between six and 12 350kW DC rapid chargers at each motorway service station. All of the new chargers will support contactless payment, which sounds like huge progress, if you ask us.

In this brilliant short film by Lotus (created with a little help from ourselves here at Foxtrot Papa), discover how Lotus and British music producer Patrick Patrikios took inspiration from Lotus’ rich racing heritage in order to develop the sounds for the all-electric Evija hypercar. In fact, as you’ll find out in the film, the Evija uses a cleverly altered sample of the 1967 Type 49 F1 car’s raucous Ford-Cosworth DFV V8 for its low-speed pedestrian warning sound – how clever is that?!

Land Rover Defender Above and Beyond Service Awards

Now this is a heartwarming story and a fantastic piece of PR… Land Rover USA has announced that it is giving away a number of off-road vehicles to deserving organisations. Known as the Defender Above and Beyond Service Awards, the SUV maker will give away seven specially customised Defender SUVs to non-profit organisations. In total, there are seven categories to which Land Rover is looking to award a Defender, including search and rescue and coastal and marine conservation. To be considered, entrants must submit a short video about what the group does, how it helps the community, and how winning a Defender would help its work. The video and accompanying forms can be submitted here.