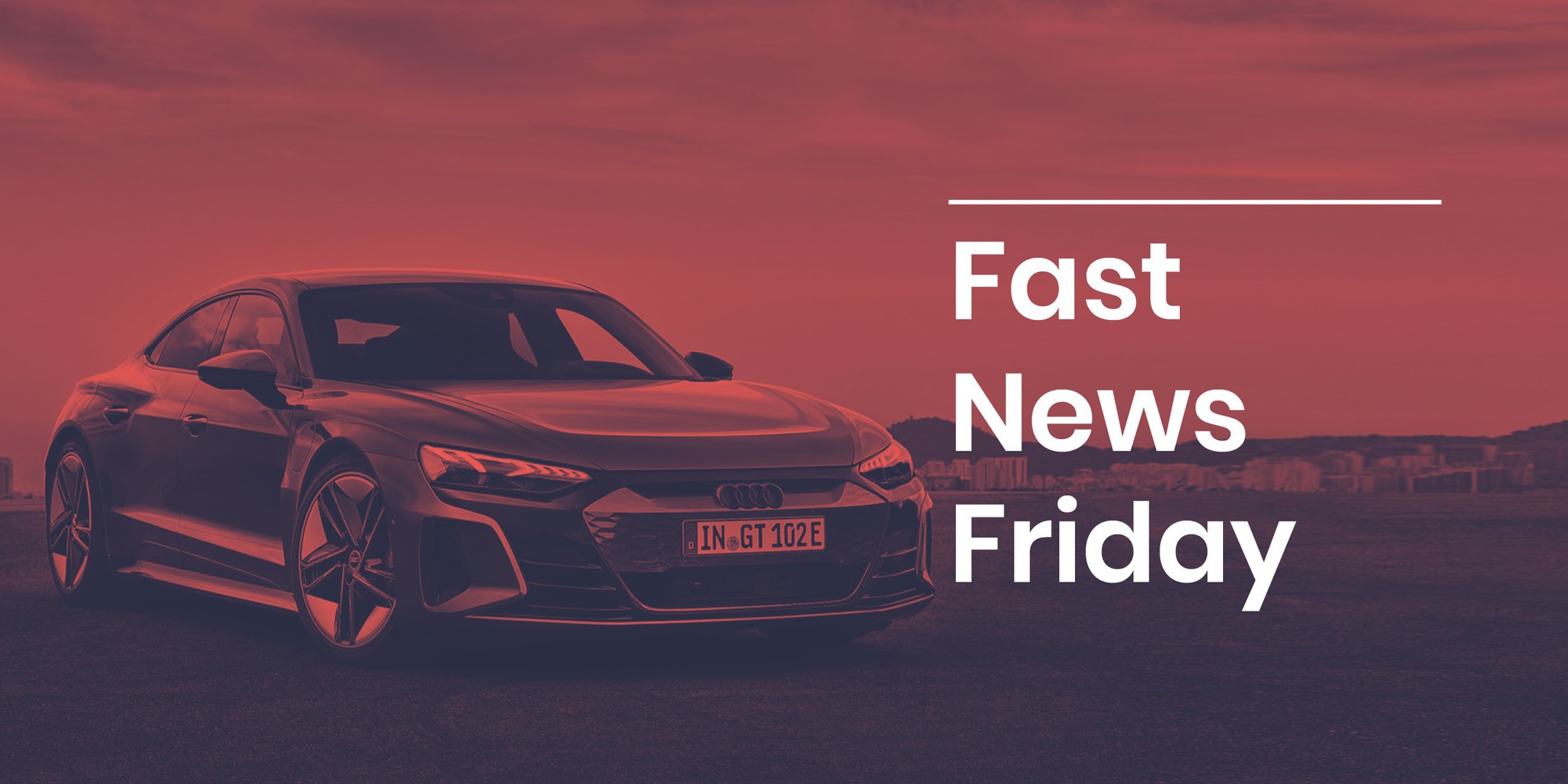 Welcome to this week’s Fast News Friday, Foxtrot Papa’s weekly dose of automotive industry news and a smattering of branded content reviews. In addition to the very striking new Audi RS e-tron GT in the image above, we bring news of Tesla’s recent investment in Bitcoin, share details of a highly exclusive and highly capable Land Rover and learn about the lengths Abarth is prepared to go to secure sales in the UK during lockdown.

It seems Tesla will soon be accepting Bitcoin as payment for its products in the future. The news comes after Elon Musk’s electric car company stated that it bought about $1.5bn (£1.1bn) of the cryptocurrency Bitcoin in January, which caused the price of Bitcoin to jump 17% to $44,220, a record high. Tesla said it was trying to maximise returns on cash that is not being used in day-to-day running of the company. A press release stated: “Moreover, we expect to begin accepting Bitcoin as a form of payment for our products in the near future, subject to applicable laws and initially on a limited basis.”

Audi has revealed its incredibly handsome new pure-electric grand tourer this week, in the form of the RS e-tron GT – a four-seat high performance model priced from £110,950. Powered by three electric motors, one for the front axle and one for each of the rear wheels, they deliver a combined power output of 590bhp and 830Nm or torque. The 0-62mph sprint is dispatched in just 3.3 seconds and going flat out it can reach a limited top speed of 155mph. In addition to the ‘entry level’ model, buyers can choose from two higher specification versions including the RS e-tron GT Carbon Black, priced from £124,540, and if you really want to impress the neighbours the Audi RS e-tron GT Carbon Vorsprung, which is priced from £133,340. The latter comes with all the cosmetic tweaks from the Carbon Black model, along with more technology, such a head-up display, adaptive cruise control and parking assist.

Apple got serious about testing autonomous cars in 2020

According to a story by Bloomberg this week, Apple more than doubled the amount of road testing self-driving cars in 2020. Due to advancements in autonomous technology, the company’s cars drove 18,805 miles last year, up from 7,544 miles in 2019, according to a report filed with the California Department of Motor Vehicles. Despite the company saying that it won’t launch its own consumer car for at least another 5 years, Apple is clearly ramping up its work on an autonomous electric car to compete with Tesla, General Motors and others.

Thought the old Defender was dead? Think again… this is the new-old Land Rover Defender Works V8 Trophy, which is perfect for living out your wildest overland adventure dreams. Priced from a colossal £190,000, and built to pay tribute to the rugged Camel Trophy Land Rovers that made a name for themselves in the 80s and 90s, Land Rover fans are sure to go all gooey-eyed over the specifications. Under the bonnet is JLR’s 400bhp 5.0-litre V8 with 380lb ft of torque, and an eight-speed auto ‘box. Just 25 of these awesome V8 Trophy ‘cars’ are being built.

Test drive an Abarth from the comfort of your home

Keen to maintain prospective buyers’ interest in its products during the UK lockdown, Abarth has launched a new virtual reality test drive which lets customers experience a car without leaving their home. Abarth believes that the VR experience will give an ‘immersive and exhilarating alternative’ to a traditional test drive. Delivered to your home in a wooden crate, the box contains a VR headset, headphones and baseball caps. A trial period for the kit begins this week from the Vospers Abarth dealership in Exeter. If successful, the virtual reality experience could be rolled out across the country. We think this is a very innovative idea and would be very surprised if it doesn’t spark a few sales – it all counts!