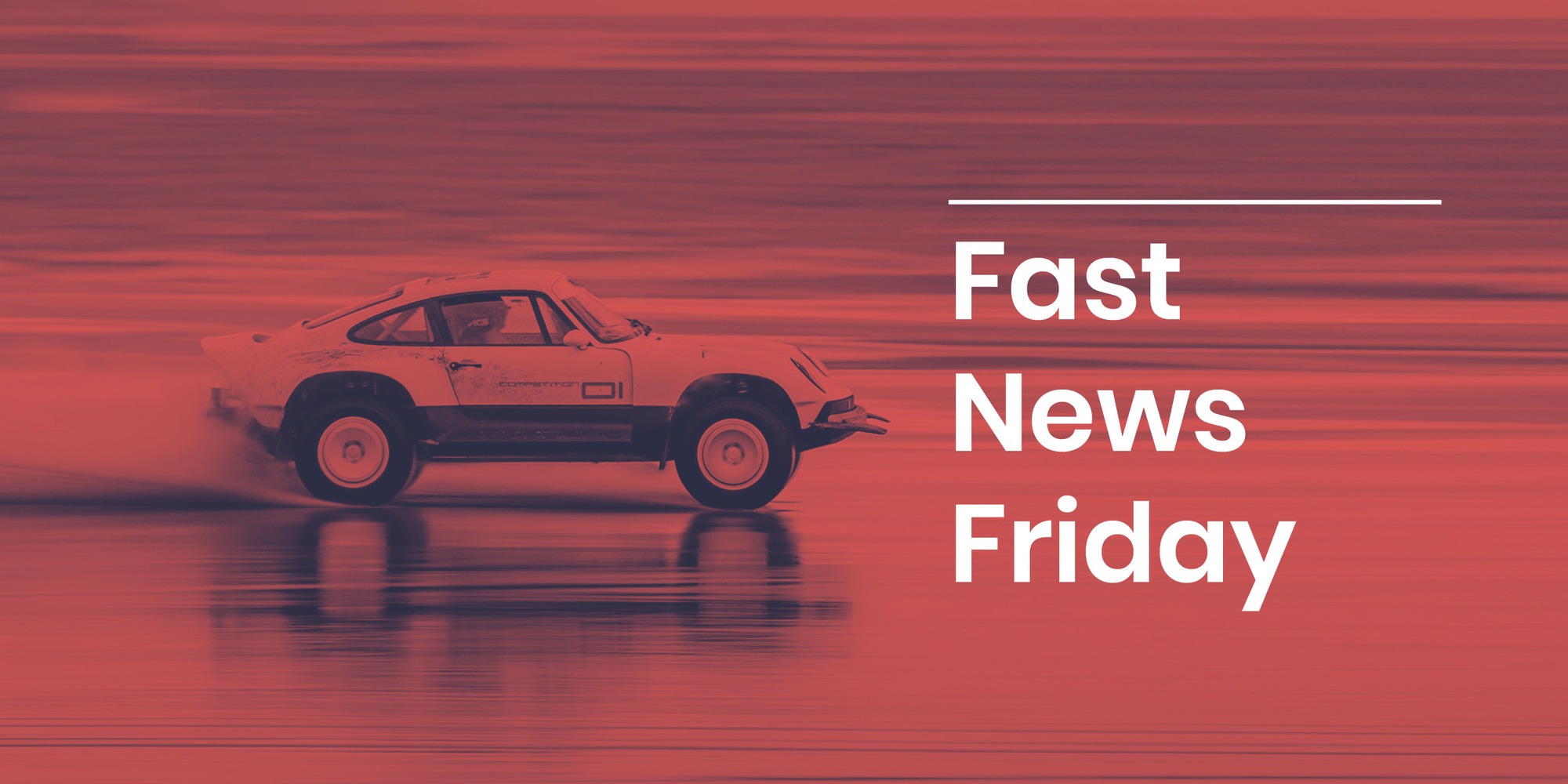 Happy New Year automotive fans and welcome to the first 2021 edition of Fast News Friday – Foxtrot Papa’s weekly round up of automotive news and content reviews. This week we bring you stellar coverage from Top Gear magazine of the hugely desirable Porsche 911-based Singer ACS, discover an enormous new 55.5-inch infotainment system from Mercedes-Benz and find out just how far one rideshare company is prepared to go in order to reassure its customers. Read these stories and more in the links below.

In very general terms you’re either a Porsche 911 fan or you’re not. We most certainly are, which makes this, a Dakar Rally-inspired off-road 911 from resto-mod specialist Singer, the coolest thing since sliced bread. Designed in partnership with Oxfordshire-based historic 911 rally expert Richard Tuthill, the jaw-dropping ACS uses a 964-gen 911 as its base and is powered by a 3.6-litre twin-turbocharged flat six, which is good for at least 450bhp. Featuring carbon fibre body panels, competition grade long-travel suspension and fat BF Goodrich tyres, the whole package is finished to the same insanely high standards as every other Singer creation. Top Gear’s Jack Rix introduces the car in this fantastically informative short film.

As car makers continue to wage war against physical buttons on our dashboards, Mercedes-Benz have joined the race with their MBUX ‘Hyperscreen’ concept. Set to debut on the all-electric EQS luxury saloon, the curved unit spans a whopping 55.5-inches and is composed of three separate HD displays. The system packs a hefty 24GB Ram and interior light sensors to adjust the screen brightness during the day – just like your iPhone. It’s smart too, using AI technology to learn before automatically suggesting functions based on the driver’s behaviour. This comes as the UK Government calls for safety reviews on the use of ever-growing touchscreens in new vehicles leading to road accidents. What do you think? Are buttons now a thing of the past?

Bentley records best ever sales in 2020

There aren’t many automotive brands that recorded an increase in sales in 2020, but two British manufacturers somehow managed to buck the global trend. Luxury brand Bentley even managed to go one better, recording its best year ever! The company delivered 11,206 vehicles globally, which signals a two per cent increase on 2019 and a record in its 101-year history. Launches in 2020 included the new Flying Spur and the facelifted Bentayga SUV. The SUV made up 37 per cent of all sales, making it the single biggest selling model. The Continental GT and GT Convertible accounted for 39 per cent of total sales when combined.

Meanwhile in Norfolk, Lotus quietly revealed that despite the many global challenges of 2020, its new car retail sales increased by 4.4% compared to 2019. Lotus Cars CEO Phil Popham said: “Last year was extremely tough in many aspects of business and life – the most challenging we have seen.”

He added: “Despite the many challenges, our sales showed positive growth in the year, underlining the significant transformation now underway at Lotus. Our recent performance also bodes very well for the future, as we continue to progress our Vision80 strategy with the Evija hypercar and our new sports car, which debuts this year.”

To check if its drivers are wearing masks, Australian rideshare brand DiDi is implementing a face detection algorithm into its app. The AI-style technology requires drivers to prove they are wearing a face mask before picking up users. DiDi Australia said they will implement the feature during Greater Brisbane’s three-day lockdown which goes into effect at 6pm on Friday. The Chinese-owned rival to Uber announced they will be bringing in a range of Covid-Safe precautions, one of which requires drivers to ‘take a selfie’ before going online and accepting DiDi trips. According to the Daily Mail, the technology can recognise the presence of an appropriate face covering.

Norway is almost certainly the one to watch when it comes to switching to EVs. According to InsideEVs, the country has managed to pass a huge milestone towards 100% EV usage, as two-thirds of the market shifted to BEVs in December 2020. This really changed the game as now only 12.9% of the country’s new vehicle sales in 2020 were gasoline, diesel and non-rechargeable hybrids. With a population of just a few million people, Norway is now approaching a huge milestone of 500,000 plug-in electric cars on the road, which should be achieved within a few months. The cumulative passenger BEV sales are already at around 300,000, PHEVs at 135,000, and an additional 50,000 BEVs were imported as used. The most popular models on Norway’s roads are: Nissan LEAF: over 65,000, Volkswagen e-Golf: over 47,000, BMW i3: over 28,000, Tesla Model 3: over 23,000, Tesla Model S: over 21,000. Way to go, Norway!