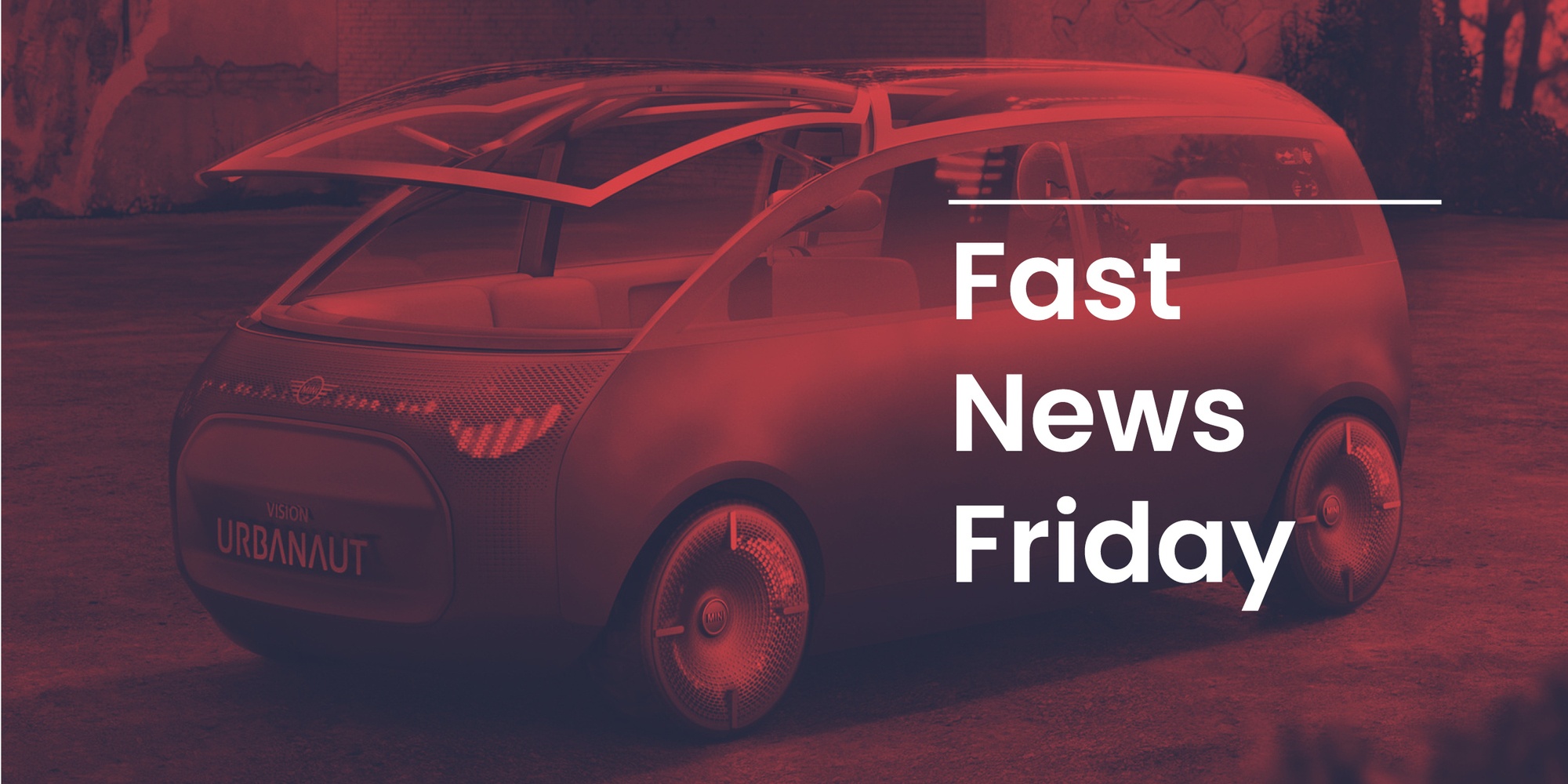 Welcome to another episode of Fast News Friday, providing you with your weekly dose of automotive news and branded content reviews, courtesy of Foxtrot Papa. This week we review a brilliantly executed brand film from Aston Martin that cleverly manages to morph into a product film, share footage of a Porsche driver who should really have known better and reveal details of an imaginative new Mini concept that aims to redefine the compact car. Enjoy.

We don’t usually share this type of motoring mishap but in this case we’ll make an exception. As the driver of this brand new Porsche Taycan now knows only too well, there’s something of a learning curve when it comes to adapting to new technology – in this case a hugely powerful electric car. We’ll probably never know exactly what went wrong here but the question we want to ask is: would this accident have happened in a ICE car? We think it’s unlikely. It was probably caused by the driver’s lack of understanding of the technology. In other words, the driver was either poorly briefed before driving the car or found the controls within the car difficult to understand, and made a costly mistake. Manufacturers have a responsibility to educate consumers (content marketing is just one form of this) on new technologies they introduce, as whatever caused this embarrassing incident, it proves that consumers are human and unfortunately, we do make mistakes.

Here’s a clever brand film with a difference to smarten up your Friday. Brought to us by Aston Martin – makers of some of Britain’s finest sports cars (and a very fast SUV) – the film is set in an empty cinema and stars a female lead who in many ways carries the film. Backed up by an equally confident script, with at least one James Bond reference thrown in for good measure, she narrates the brand story as we see a series of action-packed sequences on the big screen. For the finale, the brand’s new DBX appears on stage, cleverly stealing the limelight. Bravo Aston Martin.

The Prime Minister announced this week that the sale of all new petrol and diesel cars will be banned in 2030, a decade sooner than the date originally suggested back in 2017. The ban also includes new hybrid vehicles, unless they are capable of covering a “significant distance” in zero-emission mode. Used cars will be unaffected by the ban, however, meaning petrol, diesel and conventional hybrid cars will be allowed to change hands after 2030. Boris Johnson said: “Although this year has taken a very different path to the one we expected, I haven’t lost sight of our ambitious plans to level up across the country. My Ten Point Plan will create, support and protect hundreds of thousands of green jobs, whilst making strides towards net zero by 2050.”

German racing driver Maro Engel has set a new production car lap time of 6m 43.616s in the new Mercedes-AMG GT Black Series, beating the Lamborghini Aventador SVJ and the Porsche 911 GT2 RS. According to Top Gear, Mercedes conducted the lap on a cold day on a track that was “not yet totally dry”, making full use of the Black Series’ adjustable suspension and aero. Hit the link to watch the full onboard lap from the passenger seat.

Mini revealed its latest vision vehicle this week, the Mini Vision Urbanaut, which is a bit like a campervan from the future. As the brand’s idea of a mobile living space in an all-new form, this all-electric vehicle concept offers maximum interior space and versatility, but on a minimal footprint. By using three Mini moments  – “Chill”, “Wanderlust” and “Vibe” – the Urbanaut demonstrates a wide scope of user scenarios that extend far beyond simply driving. In Chill mode the car transforms into a type of cosy snug where you can relax or work without distraction during a journey. Wanderlust is for driving, and the Vibe moment puts social interaction as the prime usage and allows the car to quite literally open up to its surroundings. Both the interior and exterior, including its transparent and illuminated “skateboard wheels”, actively change to reflect the chosen Mini moment – which is very cool. Externally, the Urbanaut is a purist representation of the Mini design language, especially at the front, thanks to dynamic matrix headlights that display different multi-coloured graphics to suit each moment. Adrian van Hooydonk, Senior Vice President BMW Group Design, said: “The Mini brand has always stood for ‘Clever Use of Space’. In the Mini Vision Urbanaut, we extend private space far into the public realm, creating completely new and enriching experiences.”