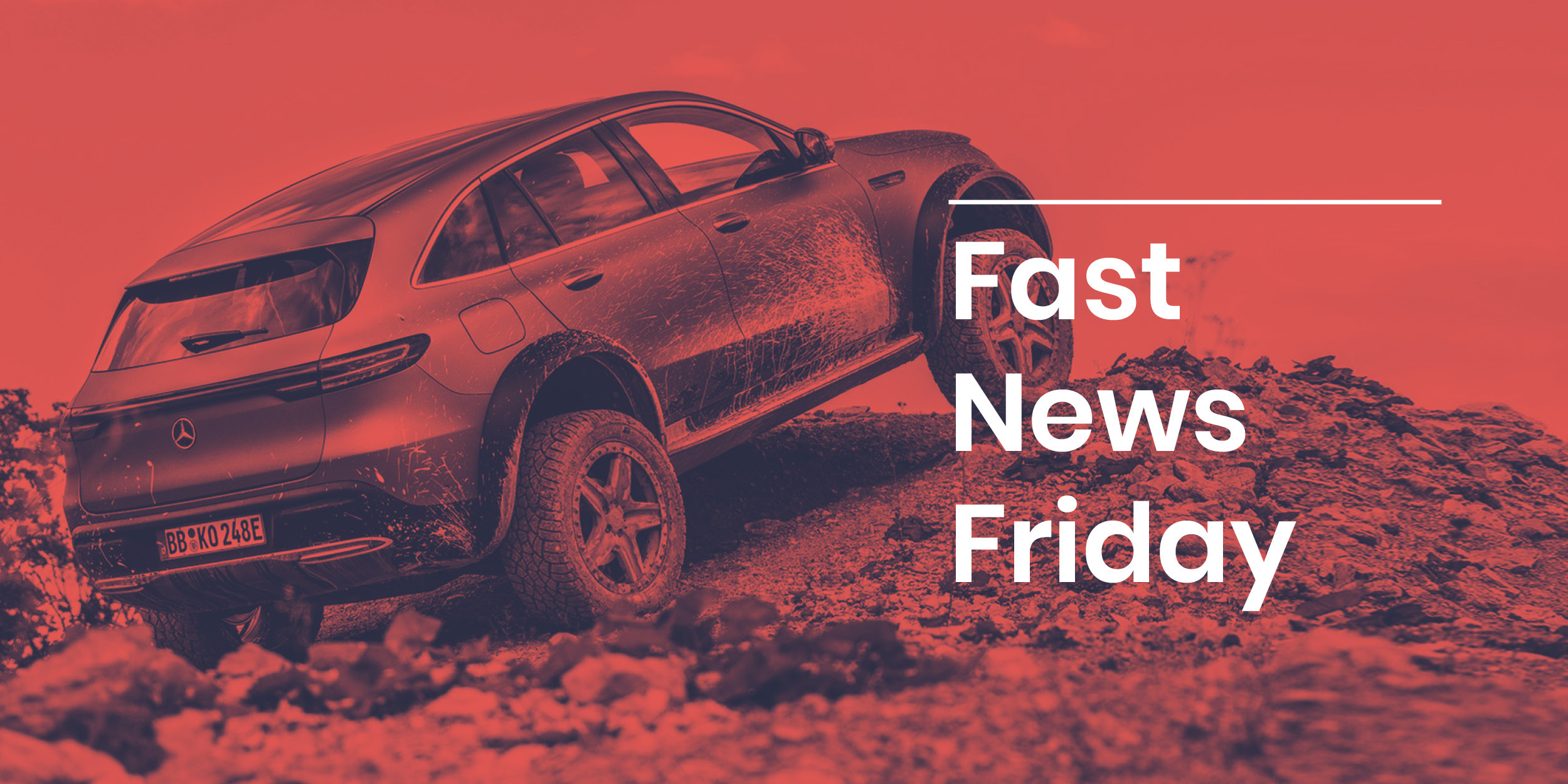 Welcome to this edition of Fast News Friday, Foxtrot Papa’s weekly selection of automotive news and branded content reviews. This week we bring you news of four French rally cars up for grabs via Silverstone Auctions, share another impressive film from Audi and laugh out loud in amazement at the truly bonkers Mercedes EQC Squared Concept. Find all the info, and more, in the links below.

French race and rally heroes up for auction

This group of four French rally cars are sure to command a bidding frenzy when they cross the block at Silverstone Auctions’ NEC Classic sale in November. The group of incredibly rare machines includes a very famous Metro GR4 Group B rally car that achieved the second-best WRC result of any 6R4, finishing 4th in the San Remo rally in 1986 at the hands of Malcolm Wilson and co-driver Nigel Harris. The other highly collectable car in the group that has us (and no doubt anyone who drives it) rather hot under the collar is the Renault 5 Turbo Superproduction. Powered by a 1.4-litre turbocharged engine producing 410bhp, this rear-wheel drive Renault 5 Turbo secured the French Supertourisme Championship title at Pau-Arnos in 1987. What a thing.

Acura enters the ‘How it started…’ meme game

As the luxury vehicle division of Japanese automaker Honda, we thought Acura would take a slightly more premium approach on its social media pages and refrain from partaking in online meme-type social media tactics, would you agree? How then, do you explain this tweet from Acura, where the brand rolls out the widely used, ‘How it started. How it’s going’ line supported by an image of its range-topping NSX supercar alongside the original. As all car fans know, the original NSX, the car that Ayrton Senna himself had a hand in developing today revels in legendary status and is by all accounts, a very hard act to follow. Hit the link and check out the flood of negative replies.

Audi E-Tron GT – Some hear a car, we hear the future

Another week, another future-facing Audi film, right? Well yes, but Audi’s latest piece is well worth watching… or should that be listening to? Tasked with introducing the sound of the ‘progressive’ new E-Tron GT, this film is strangely watchable considering it’s all about sound. The film comes with a recommendation that you use headphones when you play the video for an optimal 8D sound experience – after all, according to Audi, the E-Tron GT makes, ‘a sound worth a thousand words’.

This week saw the opening of SpeedWeek at Goodwood, the brand’s solution to the cancelled Festival of Speed and the Goodwood Revival. Although closed to the general public, the event will be broadcast live online in what the organisers are calling a ‘one-off digital technology playground’. In fact, it’s the most ambitious event to ever take place at the Goodwood Motor Circuit. mAs a result, millions of spectators will be able to enjoy live content with full 360-degree audio and visual interaction. Using the SpeedWeek Hub accessed at Goodwood.com, fans can take a virtual paddock tour, use the chat room to question their favourite drivers, and interact with the action through quizzes, polls, competitions and a ‘podium predictor’. You can even add your favourite cars into an online garage and even book test drives. Goodwood Speedweek runs from 16-18 October 2020.

If you like your off-road vehicles mean and err… clean, this aggressive looking beast could be exactly what you’ve been looking for. This is the Mercedes EQC 4×4 Squared, a concept car that is purpose built to show just how well suited electric cars are to the rough stuff. Essentially, Mercedes has taken a standard EQC and replaced the suspension set-up so that it now floats over large or muddy obstacles with ease – and it looks epic. Fitted with portal axles, the vehicle’s ground clearance goes from 5.5 inches to 11.5 so that it can now drive through more than 15 inches of water. The Squared is also fitted with wider fenders to accommodate its massive tyres. Where do we sign?