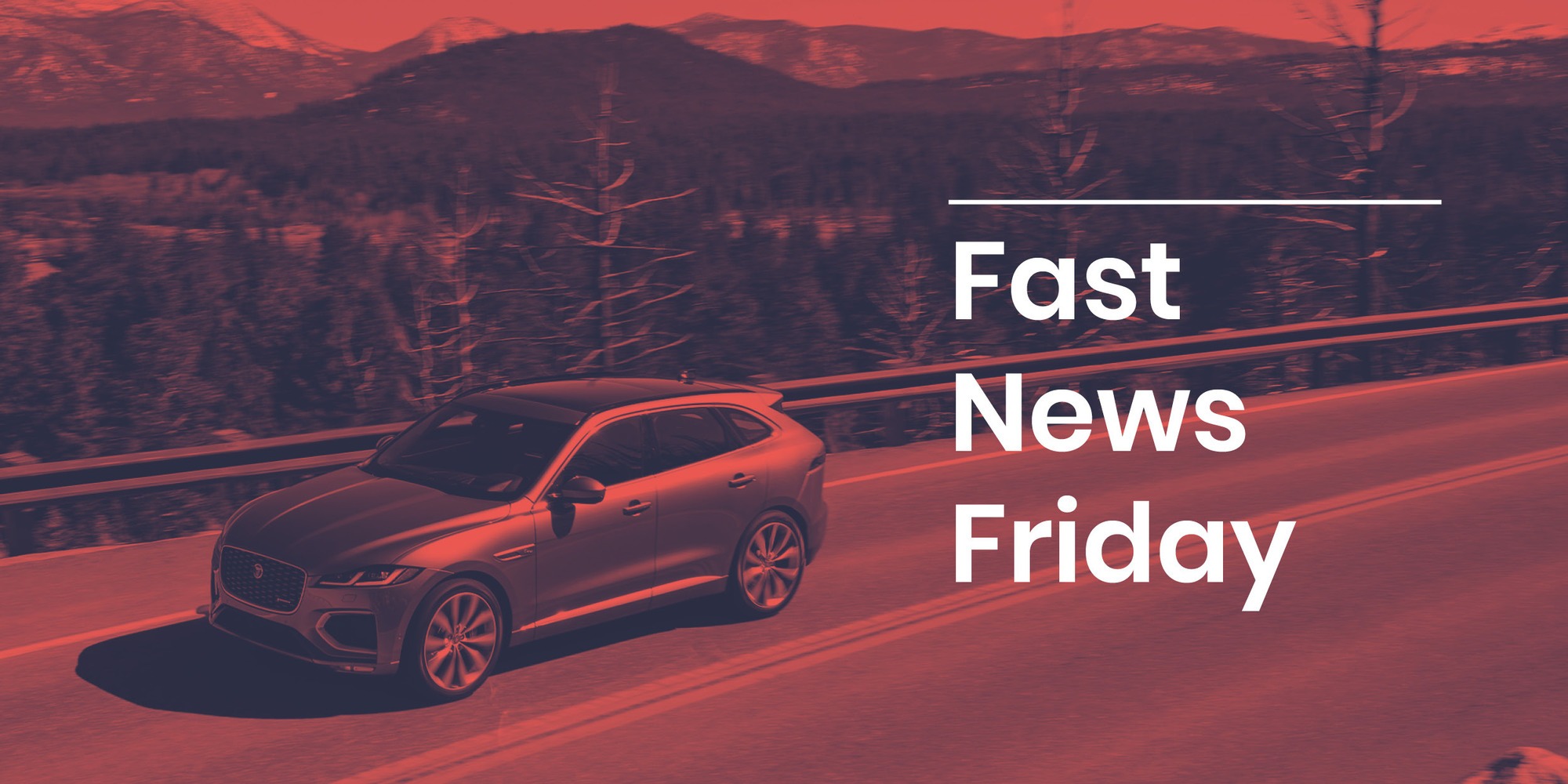 Welcome to another episode of Fast News Friday, Foxtrot Papa’s weekly pick of automotive news and branded content reviews. This week we bring you a story and supporting film from Hyundai about an initiative to turn scrapped cars into fashion items, share details of BMW’s revival of the hot hatch ‘ti’ badge and take a closer look at the new Jaguar F-Pace. For these stories and more, check out the links below. See you next time.

Whilst fast news (especially on a Friday) is clearly a very good thing, fast fashion and the fast turnover of car usage in the modern world isn’t at all good for the environment. As this new film demonstrates, the Hyundai Motor Group clearly understands this issue. The film reveals how Hyundai has commissioned a fashion collection made from upcycled and discarded materials from the automotive industry. The brand worked with six sustainably-minded designers to create jewelry, jumpsuits, work vests, bags and various other clothing. The products will even be offered for sale on October 13 at London’s Selfridges pop-up store and Selfridges online store.

Who can remember BMW’s ‘ti’ badge from the late 1990s? Short for ‘Turismo Internazionale’, the name has been revived this week for a new hot version of BMW’s 1 Series hatchback that will go head-to-head with VW’s Golf GTI and Ford Focus ST. As BMW’s first  front-wheel drive hot hatch, the new model is said to offer a more ‘unfiltered’ (despite no manual gearbox option) driving experience than the heavier, range-topping M135i. Capable of 0-62mph time of 6.1sec, power comes from a detuned version of the M-badged car’s turbocharged 2.0-litre four-cylinder, producing 261bhp and 295lb ft.

One of the reasons many people give for justifying driving a SUV is the fact that they cope better with our often heavily potholed roads. Jaguar has clearly been listening to its customers as this week it announced that several models, including the latest F-Pace (check out the new ‘Flow Motion’ film we produced) and Velar, now come with noise-cancelling technology that can reduce the thumping sound of travelling through potholes by up to 10 decibels. Jaguar Land Rover’s press release states: “Active Road Noise Cancellation, enabled by Silentium’s Active Acoustics technology, uses sensors on each wheel to constantly monitor the vibrations from the road surface and calculates the opposite phase sound wave needed to remove the noise heard by the occupants. By monitoring in real-time, unexpected noises from potholes or rough surfaces can be isolated and removed.” Impressive huh?

If saloon cars are more your thing, the new Jaguar XF and XF Sportbrake were also revealed this week, introducing a subtly tweaked exterior, an all-new high-tech interior and a healthy price cut to boot. Good work, Jaguar.

Skoda has announced details of a clever new app that it believes could help technicians and service centres across Europe to diagnose faulty engines. Called the Skoda Sound Analyser, the app warns of potential faults in Skoda cars by simply listening to the engine running. Developed in-house, the app records the sound of Skoda engines and compares it with a set of stored recordings of healthy cars. Capable of spotting discrepancies in the sound signals, it uses an algorithm to suggest how to solve any issues. Stanislav Pekař, Skoda’s Head of After Sales said: “Sound Analyser is a prime example of the new opportunities digitalisation at ŠKODA can create, even in terms of after sales. We will continue to consistently use artificial intelligence technologies to offer our customers an even more personalised service, thus enhancing the customer experience even further.”

Amazon has released details and a short film following the arrival of its first Rivian-built all-electric van this week. Following an announcement last year as part of its “climate pledge” to reach net zero emissions by 2040, Amazon ordered 100,000 electric delivery vans from the US-based electric vehicle manufacturer. Amazon will begin delivering with this van early next year, with a further 9,999 of them rolled out before the end of 2022. The full 100,000 will be on the road by 2030, according to Jalopnik. With a design that resembles an enormous Honda e (in our eyes, at least) Rivian CEO, RJ Scaringe said, “The vehicle we’ve developed with Amazon is not just electric. We prioritised safety and functionality to create a vehicle that’s optimised for package delivery. We thought through how drivers get in and out of the van, what the work space feels like and what the workflow is for delivering packages.”