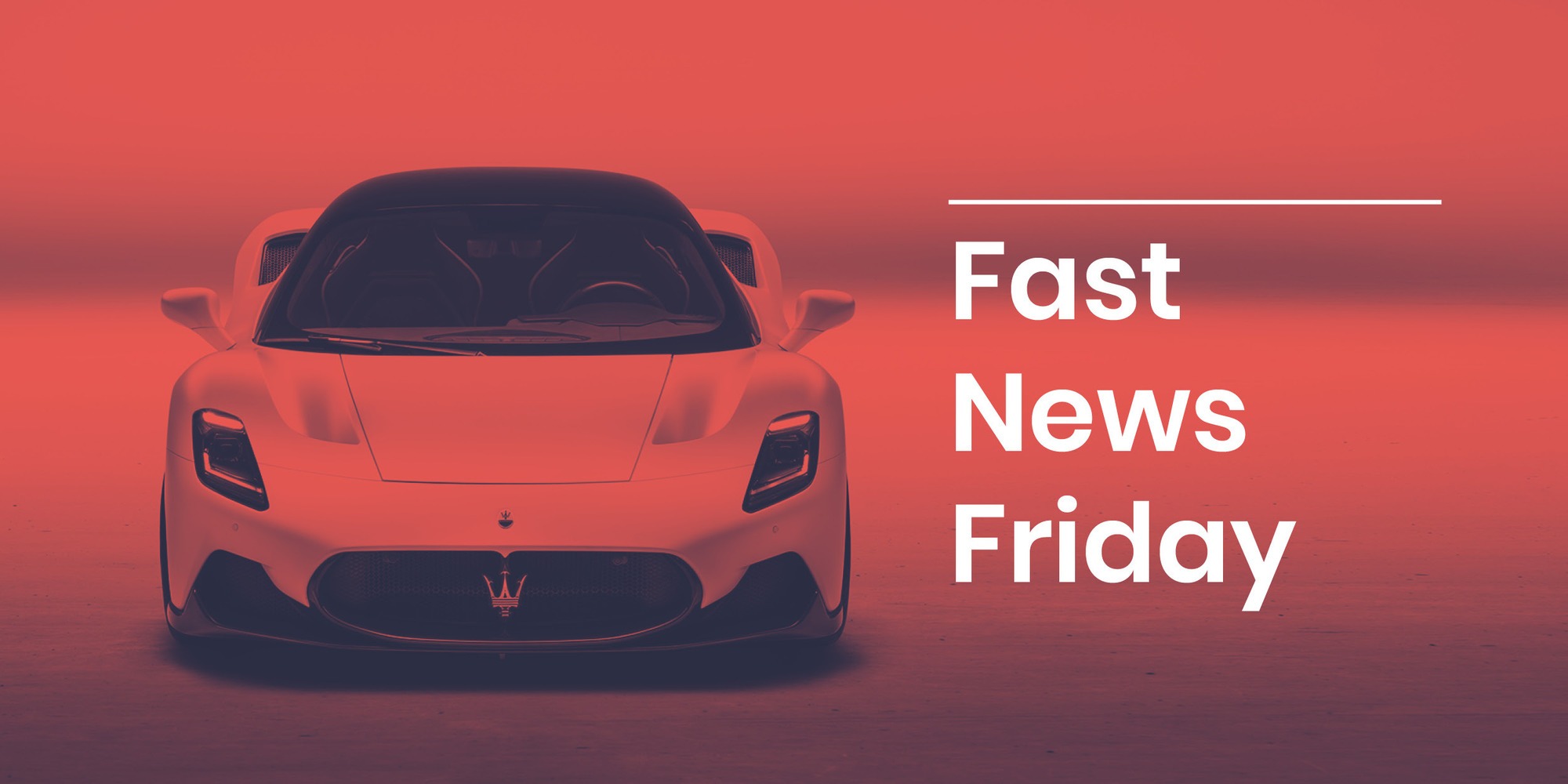 Welcome to this week’s instalment of Fast News Friday, Foxtrot Papa’s weekly round up of automotive news and branded content reviews. This week we pour over the details of the new Maserati MC20 and its sci-fi-inspired launch film, enjoy the beauty of BMW’s latest film centred around a calming car wash and discover the UK’s first electric car specific motorway service station. For all the details check out the links below.

As drivers all over the world begin to adapt to the concept of electric vehicles, Hyundai is quietly becoming a global leader in another energy source, hydrogen. Hydrogen is in many ways a far more suitable alternative to petrol and diesel, but the technology and infrastructure to support it is currently less advanced than that electricity. This film from the Korean car maker certainly won’t win any creative awards but what it does do is signal the beginning of H2U – an advocacy program to help build a society that can be centered around – and powered by – hydrogen. H2U brings ‘Hydrogen to You’ by celebrating and featuring progressive minded creatives and techies alike who are not only demanding change, but actively creating better environmental practices.

Here’s something quite unexpected from BMW (the brand that’s all about pure driving pleasure, remember?) – an automotive brand film designed to calm the nerves and relax you. Nope, us neither. The Calm Wash is a short film featuring a BMW SUV (and a teddy bear passenger) passing through a serene car wash complete with colour changing lights and soothing music. The YouTube video’s sub-text provides some much needed context: “It’s time for you to lay back and let all the stress and frustration go. There’s no better place to do that than your BMW.” Relaxing or not, we think it’s a beautifully shot film and is certainly a new concept to us.

Whilst we’ve seen the Lucid Air countless times in the past, it has been revealed this week in full production-ready form. Due to reach customers in the US in spring 2021, the all-electric, 1,080bhp Air promises a set of combined range, charge time and performance figures that Porsche, Polestar and even Tesla can currently only dream of. In fact, it claims to be the fastest charging electric vehicle ever; Lucid promises rates of up to 20 miles per minute, or around 300 miles of range in under 30 minutes of charging with a suitable fast charger, of course. According to this article by Wired, the Grand Touring model is also good for up to 517 miles – enough to get you from London to Frankfurt in a single stint. Opt for the range-topping Dream Edition (capable of 503 miles) and you’ll have a luxury four-seat EV capable of 0-60mph in 2.5 seconds and a top speed of 168mph, too. Read it and weep, Tesla.

Maserati MC20 – The First of its Kind

Revealed at a glitzy reveal ceremony in Modena, Italy on Thursday, Maserati has pulled off the covers of its new V6 twin-turbo supercar, the MC20. Undeniably understated by design (for a modern supercar at least) but boasting stunning performance figures, the new model has been confirmed as the first of 13 new models from the Italian maker – due by 2024. Supporting the live reveal – an event hosted by supercar blogger Mr JWW – this short launch film caught our attention, titled ‘The First of is Kind’. In the film, the MC20’s V6 powerplant appears to hover over an otherworldly landscape. We’ve already lost count of the number of sci-fi films it reminds us of.

If, like us, you’re sick of tired and dirty motorway service stations, this might just be the shape of things to come. Due to open in November, the UK’s first purpose-built electric vehicle service station will be located in Essex. Known as the ‘Electric Forecourt’, its creator Gridserve says that it has been designed from the ground up to cater for the needs of electric vehicle drivers. Drivers will be able to park and plug in to one of the 30 high speed charging points situated on the forecourt, and will not need to book a slot. According to iNews, drivers can head into the station to visit the Post Office, get a coffee at Costa, or do some shopping at Booths or WH Smiths while they charge, thanks to new retail partnerships announced today. Above the shops there’s a kid’s play area, exercise bikes, a lounge area with wifi, and meeting rooms. There’s even a spot for non-EV drivers to come and learn more about low-emission motoring. Form an orderly queue…