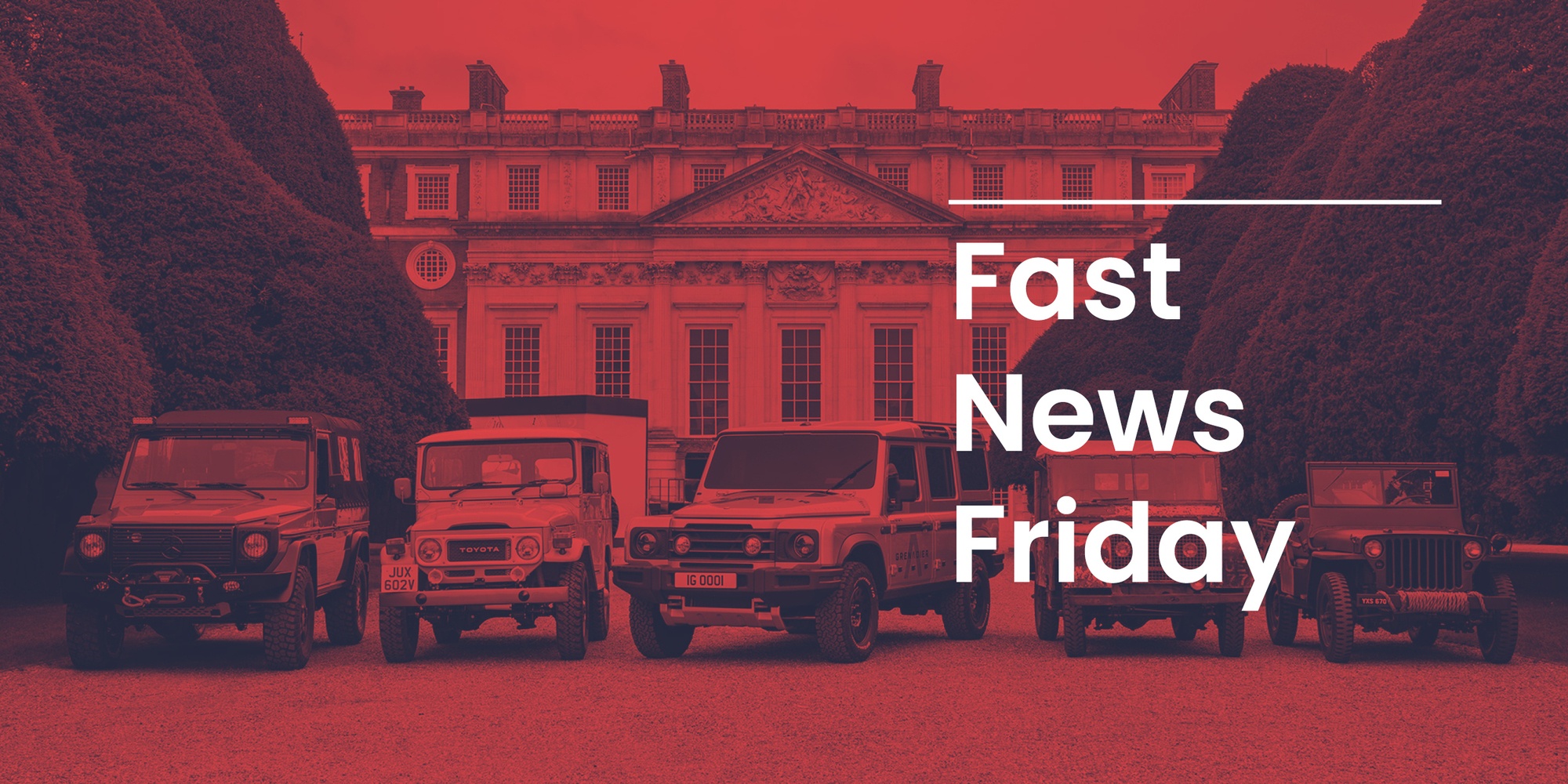 Welcome to another edition of Fast News Friday, Foxtrot Papa’s weekly round up of automotive news and branded content. This week we bring you strong evidence of where the Ineos Grenadier will be produced, a brand new film promoting Skoda’s new all-electric SUV and details of a one-off Aston Martin that is sure to get your pulse racing. This and more in the links below.

INEOS Grenadier is set for production… in France!

If this story from This is Money is anything to go by, it seems the hotly anticipated Ineos Grenadier 4×4 will be built in France and not in Wales, as was initially suggested. Making its debut at the Concourse of Elegance at Hampton Court Palace, the utilitarian off-roader was joined in person by Chief Executive Officer of Ineos, Jim Ratcliffe. According to This is Money and the Mail Online, he said an agreement to make the Land Rover Defender rival at a former Daimler-owned factory in Hambach on the border of France and Germany is ‘pretty much’ decided, dealing a sizable blow to Bridgend in Wales where the utilitarian car was originally pegged for production.

Joining the Ineos Grenadier at this week’s London’s Concours of Elegance, alongside a selection of some of the world’s rarest and most valuable automobiles, a one-off Aston Martin called the Victor (named after former AM boss Victor Gauntlett) has been causing quite a storm online. Produced by Aston Martin’s bespoke Q Commission division, the Victor was inspired by the maker’s muscle car era during the 1980s and combines elements of the One-77 and track-only Vulcan. The result of a special order by a mystery customer (they must be a VERY good customer), the Victor is not only one of the most handsome Astons ever made, it’s also the most powerful road-legal naturally aspirated car Aston Martin has ever produced. Tuned by Cosworth, its 7.3-litre V12 powerplant now produces a colossal 836bhp and is mated to a six-speed manual transmission, for the win.

This very on-brand film from Skoda caught our eye this week. Showcasing the new all-electric Enyaq iV SUV the voice at the beginning of the film asks “When did we lose it?” – to which the narrative responds with all the ‘simply clever’ emotions that Skoda believes are important to its customers. Later, the film encourages us to “recharge life” and consider the latest Skoda model as a vehicle “for us today”. We’ll leave you to determine the film’s overall effectiveness, but there’s less ambiguity surrounding the visual appeal of the Enyaq iV – here at Foxtrot Papa at least – which despite appearing very BMW-inspired is a handsome if slightly aggressive-looking entry into the premium compact SUV sector.

Half of drivers considering electric option

According to a poll of almost 18,000 UK drivers, nearly half are considering an electric car when the time comes to replace their existing model. The survey, conducted by the AA and ITV’s Tonight current affairs programme, found that 47 per cent of drivers will consider an electric vehicle for their next car, with women (49 per cent) slightly more likely than men (46 per cent). Unsurprisingly, the figure is somewhat higher amongst London drivers with 56 per cent admitting to considering the electric option. People aged 18 to 24 were most likely to consider going electric with 60 per cent. The results of this survey will no doubt fuel the argument for those in government pushing for the ban on the sale of new cars with an internal combustion engine to come even sooner than the current 2035 target.

The Citroen Ami all-electric light quadricycle can be driven without a driving licence in the EU by people aged just 16 years old – and from as young as 14 years old in France. This week, a fleet of 20 Amis have been painted in a unique design inspired by the French capital’s most iconic districts to celebrate the city car joining the Parisian Free2Move car sharing fleet. Around 100 Ami vehicles will join the service initially, which Citroen claims will ‘facilitate urban mobility and reconcile city dwellers and cars.’ Shorter and narrower than a Smart EQ Fortwo, the Citroën Ami weighs just 485 kg and offers a range of up to 43.5 miles. The Ami can be charged in 3 hours on a conventional 220 V socket using the on-board electric cable.. To drive the Ami as part of the Free2Move car sharing service users pay a monthly subscription of €9.90 ($11.70) plus €0.26/minute ($0.31/min) of use – which sounds great value indeed!