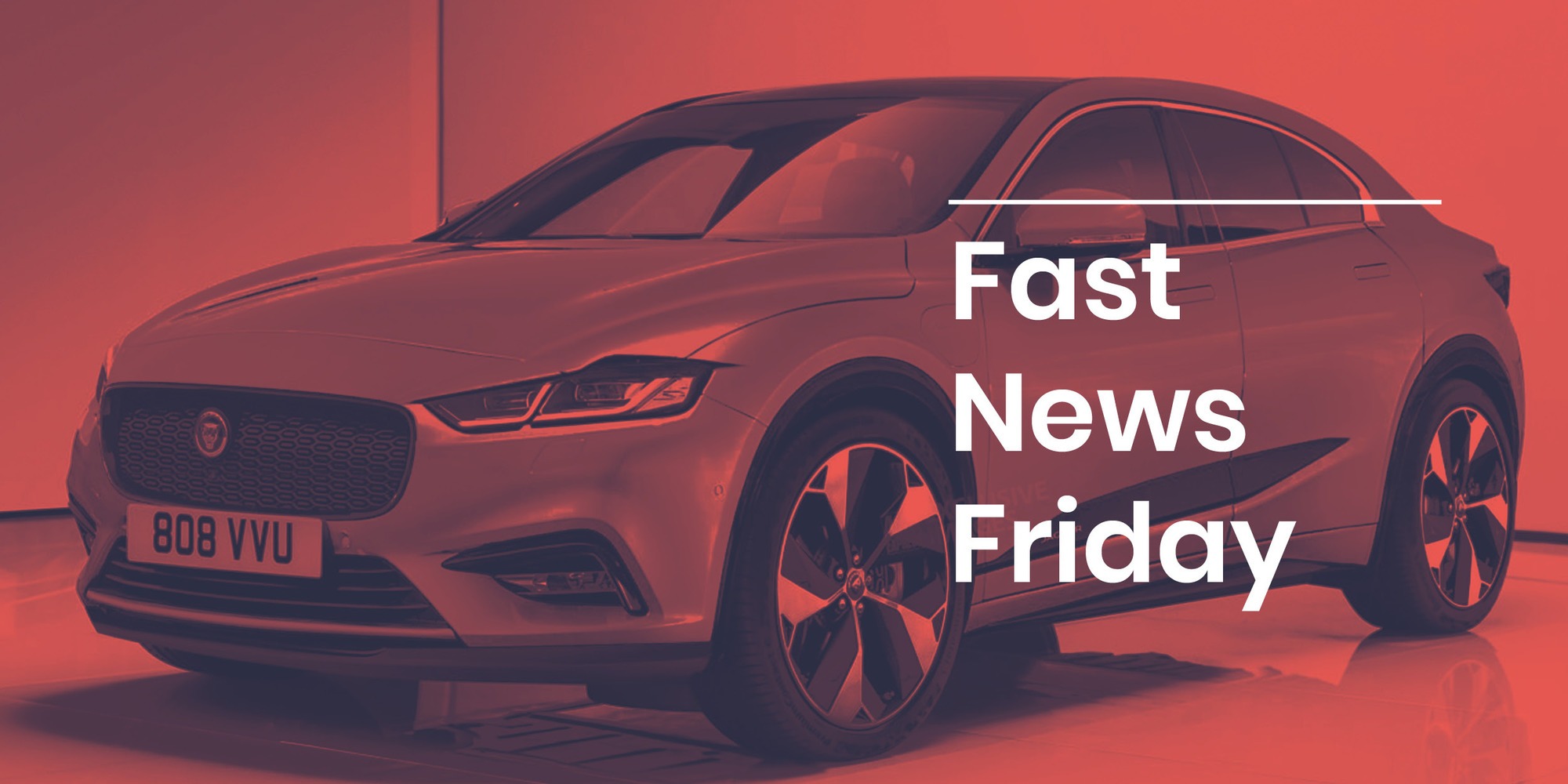 Welcome to Fast News Friday, automotive fans – Foxtrot Papa’s weekly pick of automotive news and branded content. This week, we share a first drive of Volkswagen’s new production-ready ID.3, enjoy a confidently creative design film from Fiat on the new 500 and consider evidence of an all-electric future for iconic British brand, Jaguar. This and more in the links below.

Whilst not a particularly impressive piece of film–visually or even technically (the presenter Jonny Smith of Fully Charged fame shot it himself)–this is arguably a very important piece of automotive content. Why, we hear you ask? Because it features one of the very first drive reports of VW’s now production ready, purpose-built all-electric ID.3 hatchback. In the film, electric car specialist Jonny reveals everything you need to know about the car, which VW confidently positions as its latest ‘people car’ following the Golf and the Beetle. Jonny’s viewers seem to appreciate the film, as currently there are over 2,500 comments to the YouTube clip.

The Line by Fiat

Fiat is planning a major renewal of its European range this year, centred around its two biggest sellers: the iconic 500 and Panda. The new 500 is due to be launched as a pure-electric model in the middle of 2020 with deliveries happening later in the year. It’s also going rather upmarket – no doubt targeting your typical city-dwelling upwardly mobile European. Which all seems lovely, doesn’t it? What’s also rather lovely, is Fiat’s latest design film for the new 500, simply titled ‘The Line’. The narrative celebrates the notion that ‘Every good idea starts with a line’, and considering Fiat sold almost 194,000 examples in Europe in 2018 alone – the best ever annual figure in the model’s eleven-year lifetime – who are we to argue?

If you’re in search of your weekly hypercar fix, then you’ll need to jump on this link to see and hear the hotly-anticipated Mercedes AMG Project ONE undergoing testing. Powered by a version of Lewis Hamilton’s 1.6-litre V6 championship-winning hybrid F1 engine, the £2m 217 mph AMG Project ONE can be seen attacking Mercedes’s proving ground in Immendingen, Germany in this clip, complete with the obligatory attached laptop. According to Mercedes, the 1,000bhp Project ONE has required considerable development and testing to ensure the powertrain is tractable for road use and indeed drivable for mere mortals, like you and us. Here’s hoping!

The Hyperion XP1 is a hydrogen hypercar

Boasting a name that could only be applied to a hypercar, the newly-revealed Hyperion XP1 is interesting in far more ways than one. Powered by hydrogen for starters, we’re talking about a 1,000bhp two-seater that has a range of 1,000 miles! The car’s California-based maker hopes to change the way people view hydrogen fuel cell technology, which in many ways is a much more long term solution to the world’s energy requirements than battery-powered vehicles. Hyperion CEO Angelo Kafantaris (a name we’d keep an eye out for in the future) also hopes to popularise the idea of hydrogen as an energy medium for other, less extreme vehicles, as well as for other uses. He also said: “Hyperion has been working with NASA to commercialise various hydrogen technologies that the space agency currently uses and to develop new uses.” Watch out Elon, is all we’ll say.

In this thought provoking piece by Auto Express, author Steve Fowler contemplates an-electric future for Jaguar, ahead of the arrival of new Jaguar Land Rover boss, Thierry Bolloré, next month. Inspired by positive sales of the all-electric Jaguar I-Pace, Jaguar has already confirmed that the replacement for the flagship XJ saloon, which is set to arrive next year, will also be fully electrified. As a result, Castle Bromwich will become the home of electrified Jaguars, with the large J-Pace electric SUV due to be built there, too, alongside a new, as-yet unnamed more road-biased Range Rover. Speaking with JLR’s director of engineering, Nick Rogers told Auto Express: “A small electric Jag would be great – we need to think about that. That’s a really cool space that ideally we want to be in, and ideally our customers want us to be in – and it’s extremely relevant at this time.” As this statement and the magazine’s artist impression indicates, the plan for smaller, electrified Jaguars looks increasingly likely.