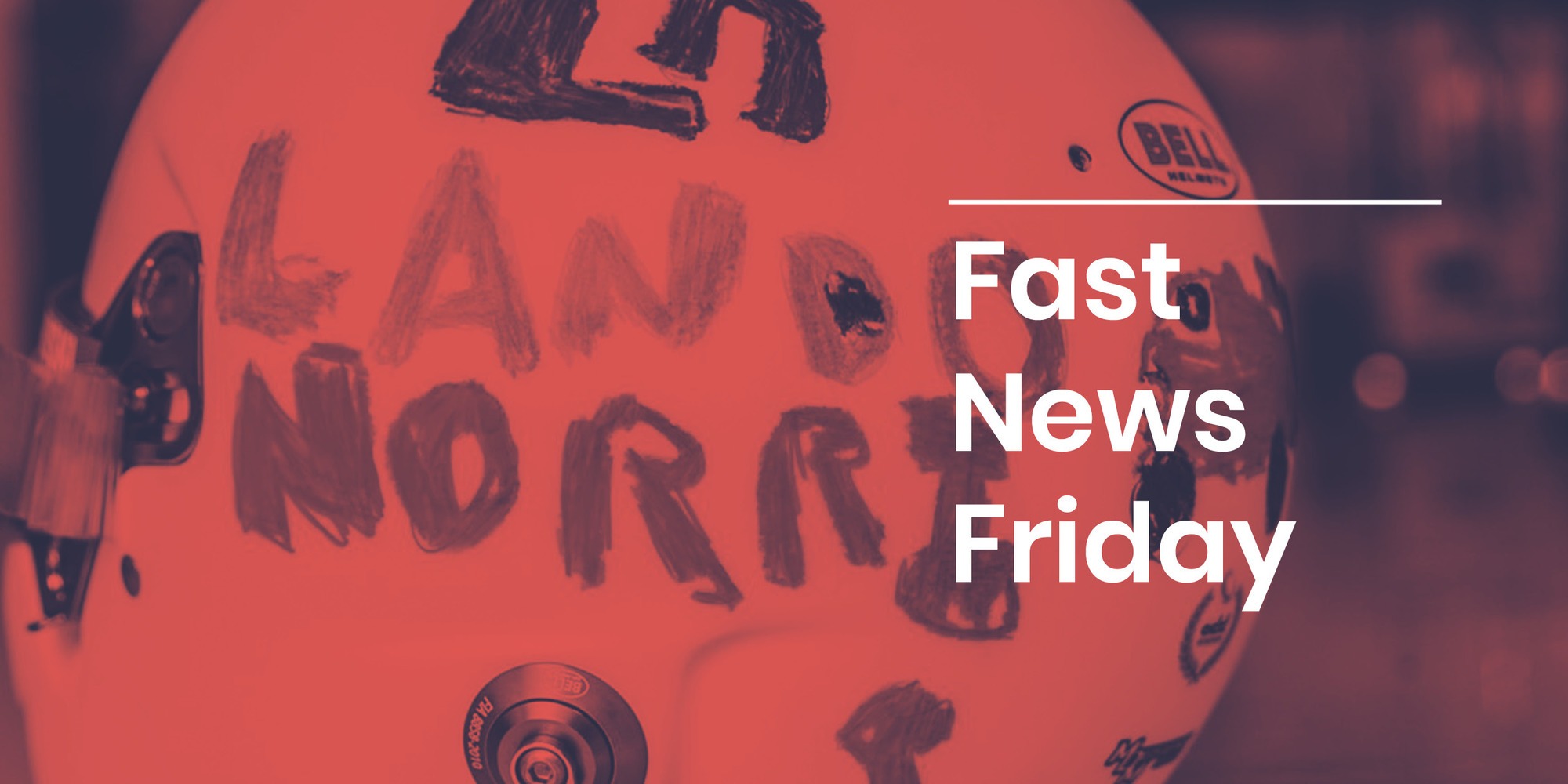 In this week’s Fast News Friday we take a rare step away from motoring content to enjoy a wonderful new film from Nike, titled ‘You can’t stop us’, we discover a genre-busting minibus off-roader and smile at a heartwarming crash helmet design set to take centre stage at this weekend’s British Grand Prix. This and more in the links below.

You can’t stop us – Nike

Although not automotive themed this film by Nike is an incredible demonstration of editing skills with its dual-action split-screen technique. What’s even more impressive is the way it powerfully highlights how sport has united and strengthened us during some of the challenging situations the world has experienced in recent times.

Billed as the world’s most capable minibus, the brilliantly named Torsus Terrastorm is a 4×4 vehicle that can transport up to 20 people to some pretty remote locations. Based on a VW Crafter van and available in two variants, TT1 Coach and TT2 Nomad, this is one tough off-roader that allows all your friends to join you on your next adventure. To launch the vehicle, the Slovakian manufacturer has produced a rather impressive and beautifully shot short film, which shows the Terrastorm in its element, taking on some pretty rough terrain in the process.

Shot this week in 1994 by photographer Steven Tee at Hockenheim, this incredible photograph of mechanic Paul Seaby being engulfed in flames during the refuelling of Jos Verstappen’s Benetton is one of the most iconic F1 photographs ever taken. Luckily, no one was badly hurt during the pit stop blaze at that year’s German Grand Prix. Eventually, refuelling was banned at the end of the 2009 Formula 1 season as part of efforts to reduce costs and increase safety.

Of the three British drivers set to line up on the grid at Silverstone at this weekend’s British Grand Prix, McLaren driver Lando Norris will arguably be sporting the most creative crash helmet design. Drawn by a six-year old fan using crayons, the design is the first of many fan designs that Lando is planning to adopt for the remainder of the season. Speaking at the unveil, Norris said: “I love it – it’s very original. We went through a huge amount of designs, probably thousands of them… I wanted to go with something that was just very original, something I wasn’t used to, something that probably means a lot to the person, and it means a lot to me. It reminds me of myself when I was younger, designing helmets, drawing away when I was five or six years old.” Good man, Lando – you’ve undoubtedly made someone a lifelong fan.

Introducing humour to your product stories isn’t always easy or necessary, but BMW has managed to find a simple but effective recipe (in our opinion) in this recent skit, which promotes the brand’s driver-focused steering. The film opens in a car park with a young learner driver who, on passing his driving test (badly), suddenly becomes a gifted drifter once behind the wheel of the new BMW 4 Series Coupe. Cue multiple burnouts, doughnuts and smug ‘I don’t know how I did that’ expressions. At the end, even the driving instructor looks impressed.