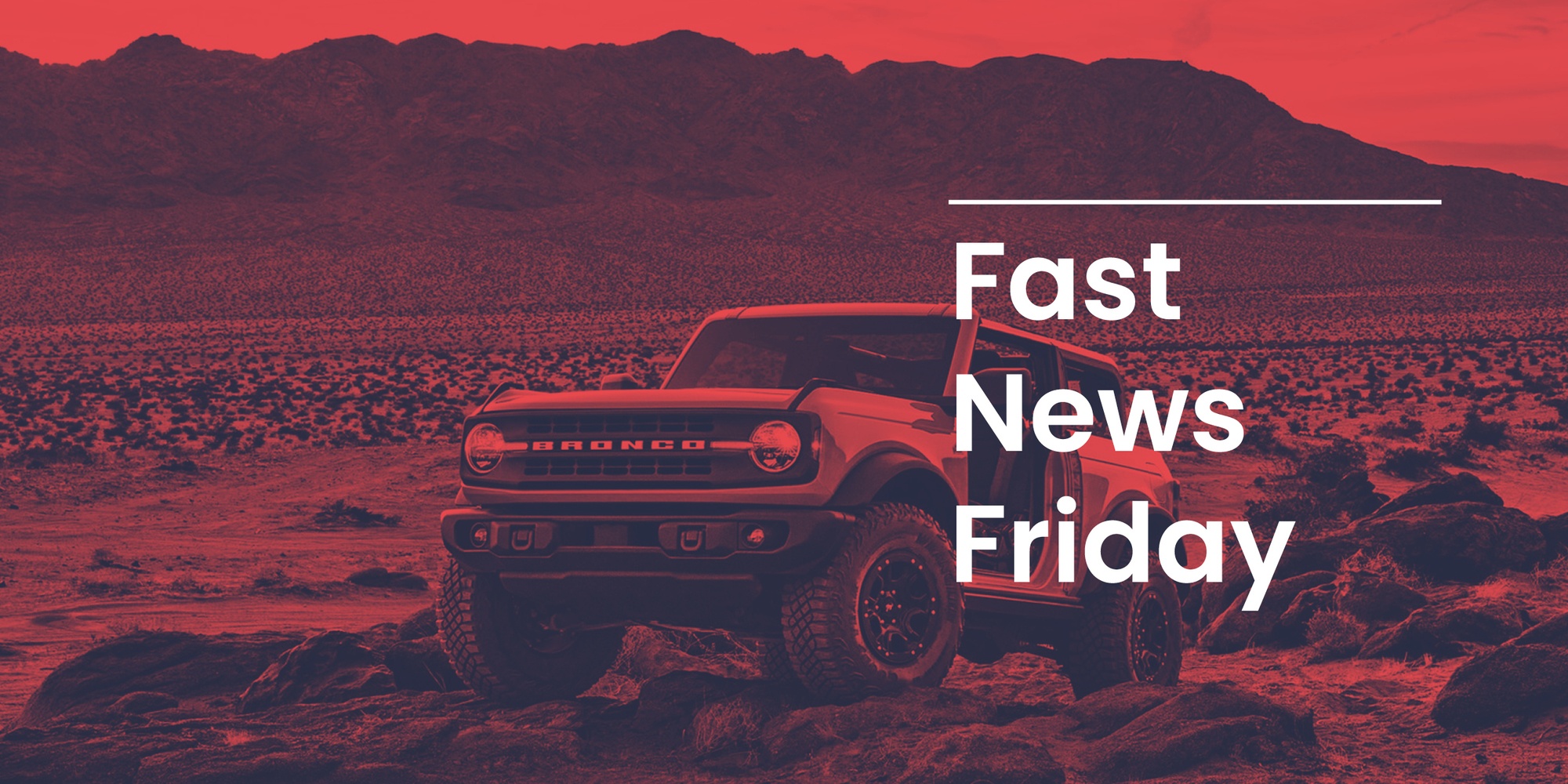 Unsurprisingly both this year’s Goodwood Festival of Speed and Goodwood Revival were cancelled due to the Covid-19 restrictions. Nevertheless, there’s some good news on the horizon… Lord March is to host a new event called Speedweek, a digital only spectator-free event designed to combine the best elements of the two prestigious fixtures. Held at the Goodwood Motor Circuit on 16-18 October, rather than in the estate itself, the event will culminate on the final day with a “winner-takes-all shootout over one lap”, which will feature some of the fastest cars in motorsport history. The organisers said: “The official Goodwood lap record has stood for 55 years, and with modern cars never likely to return, it’s entirely possible that the times recorded at Speedweek will remain unsurpassed for the next 55.”

The Ford Bronco is back!

The new family of Ford Bronco SUVs, according to Ford’s fantastically Wild West-inspired launch film, is billed as “the future of off-roading” and if the amount of online activity surrounding the car’s launch this week is anything to go by, that may indeed be true. Available in three body styles, the new models won’t be coming to the UK officially, but independent importers will surely find a way. In the film, Ford’s script states “We have a strange relationship with the wild” as we see an original Bronco speeding behind a group of galloping wild horses. Featuring bucket loads of off-road action and some wonderful landscapes, Ford’s iconic American Dream machine appears to be alive and well.

Just as Patrick Bateman (Christian Bale’s character in the 2000 horror film American Pyscho) is fascinated with business card design, we’re just as intrigued by an automotive rebranding exercise here at Foxtrot Papa. Last year, Volkswagen decided its iconic VW badge needed updating to coincide with the reveal of its new ID.3 electric hatchback. This year, Nissan have stepped up to the new logo plate, with a more minimalist design, featuring slender lines and a narrower typeface. Very nice. According to Nissan, the new badge will first appear on the new Ariya EV, swiftly followed by the new ICE models including the new Qashqai, X-Trail and all-new Z sports car.

‘Where have you been?’ asks Land Rover

In Land Rover’s latest film, the brand takes an interesting perspective on the recent lockdown. With all but essential travel banned in recent times, the brand writes a letter to the human race from the perspective of the empty and unpopulated outdoors. The film consists of a minute of footage without showing one Land Rover (or any other car for that matter), but instead relies on inspiring empty landscapes and a stirring script to bring out the adventurer in you.

If you were in any doubt of whether electric cars really are the future, this story might just convince you. The Governor of New York, Andrew Cuomo, announced a $750 million investment program this week to build EV charging stations and supporting infrastructure as part of the state’s commitment to reduce harmful emissions. Largely funded by the state’s investor-owned utility companies, a smaller part of the investment (around $50 million) will come German carmaker Volkswagen AG over its diesel emissions cheating scandal. The program will deliver over 50,000 charging stations in total.