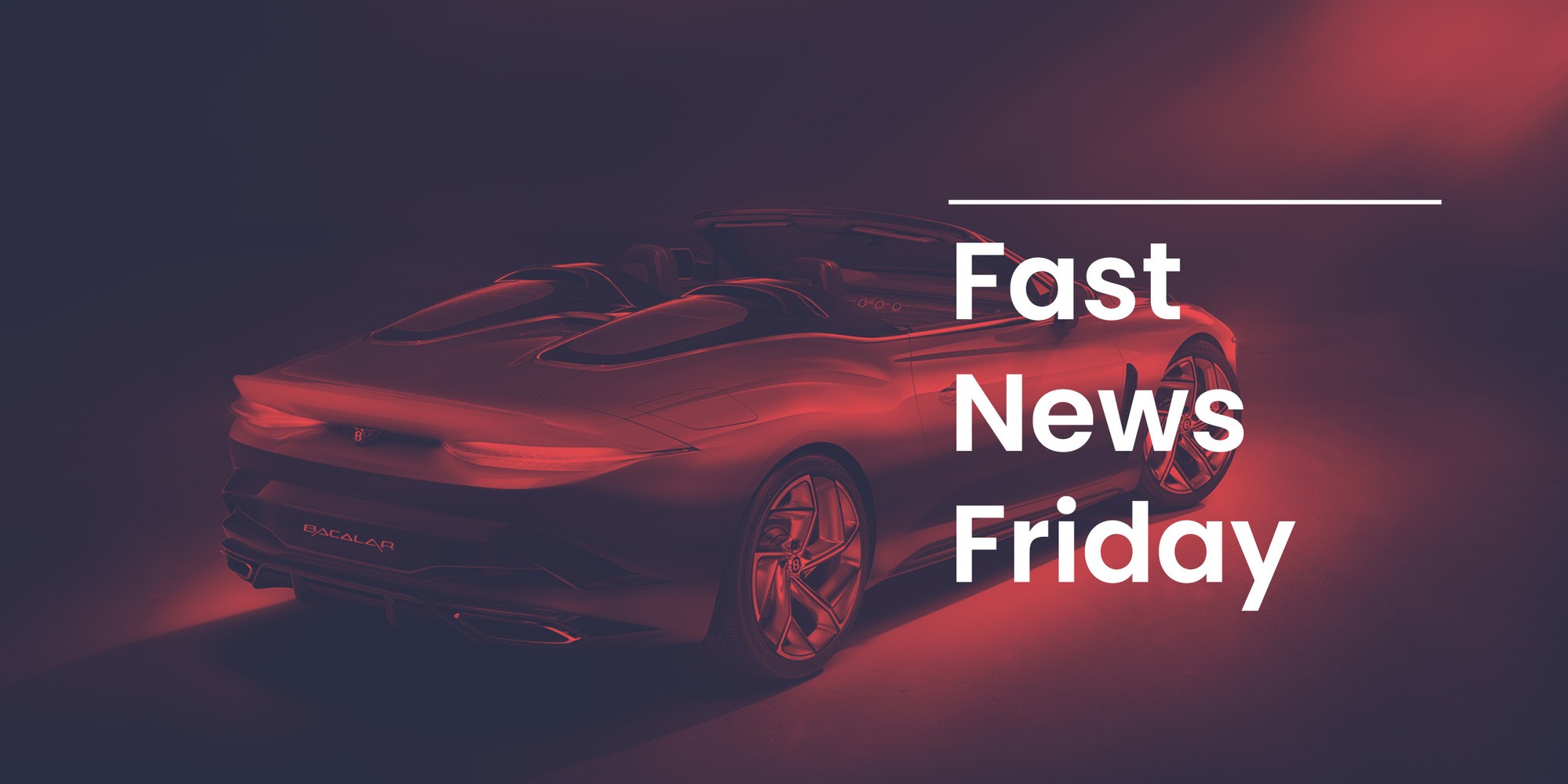 Welcome to another episode of Fast News Friday, Foxtrot Papa’s weekly automotive news and content-focused bulletin. This week we have another five fast snippets for you to enjoy, including a Land Rover stunt film of a very different kind, a truly vibrant Bentley and some utterly fearless filming from McLaren. Enjoy.

Stay in and stay adventurous!

The man responsible for coordinating the action stunts in all recent Bond films, Chris Corbould has created a wonderful homemade tribute to one of the stars of the latest Bond film – the new Land Rover Defender. Clearly impressed by the vehicle’s ruggedness during the filming of No Time To Die, the short features a R/C Lego model of the iconic off-roader, completing a mini adventure of its own. Throw in a timeless backing track and a handful of heartwarming scenes with animals, plants and children and the result is shareable content gold.

Automotive artworks, in all forms, have been extremely popular during 2020’s Covid-19 lockdown and it’s easy to understand why. This week however we spotted a photographer’s effort at combining one of their own photographs – featuring the exquisite Ferrari 288 GTO – with some very colourful and very artistic after effects. Take a bow, Olgun Kordal!

Continuing the colourful theme, Bentley has revealed what must be the brand’s most colourful press image ever! The result of an internal competition for company workers and their families to design a colour scheme for the Bentley Mulliner Bacalar, the rainbow-inspired creation was chosen by the automaker’s Director of Design, Stefan Sielaff. Whilst there are no plans for actually producing such a vibrant paint job, the winning design features the whole colour spectrum available to customers, which according to Bentley, is possible. Tempted?

Far from a workhorse!

The latest social film in a series the team here at Foxtrot Papa produced for Land Rover, sees the new Defender in an environment in which it was designed to excel. Busting myths once again, we prove that the reimagined icon is very much an equestrian workhorse should you need it to be – after all, it is a Defender, right? Look out for the horse attempting to steal the show at the very end of the clip.

Billed as the lightest car in its category, the McLaren 765LT weighs 80kg less than the already bonkers fast, and far from overweight 720S, on which it’s based. The even more powerful 765LT also uses innovative aerodynamics to create 25% more downforce than the 720S – improvements which are born from the result of what McLaren calls ‘fearless engineering’. In this latest product film from the boys and girls at Woking, those very product stories have been brought to life using a healthy dose of science fiction. Opening on a workshop containing a McLaren chassis, two McLaren engineers and a briefing board, the environment is subjected to a sort of weightless vortex that improves power gain, weight loss and aerodynamics. The result of this incredible vacuum vortex voyage, to the bewilderment of the engineers, is the new 765LT. Job done.