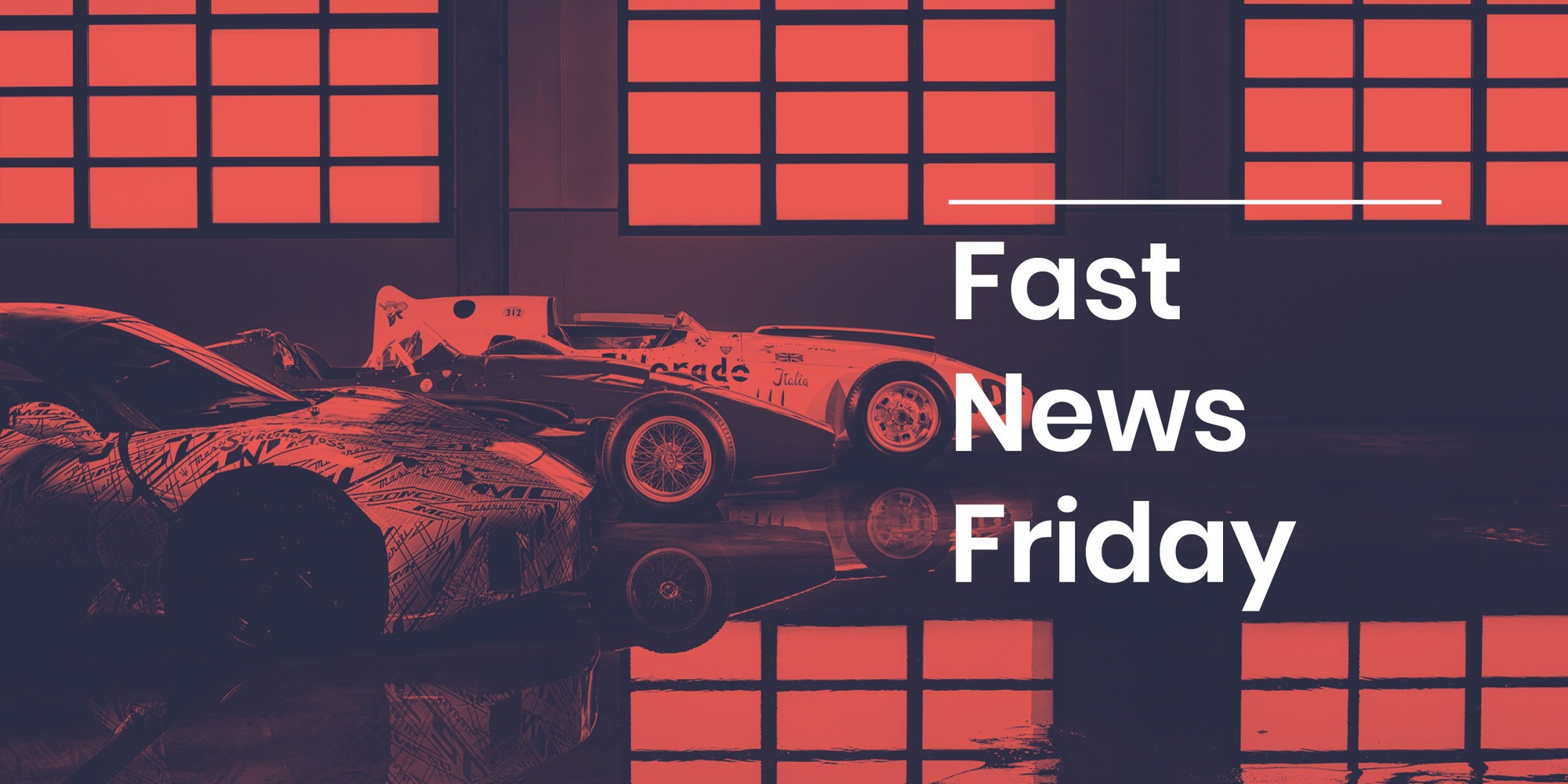 Welcome to this week’s episode of Fast News Friday – the weekly automotive news and content bulletin brought to you by Foxtrot Papa. The spate of Formula 1 transfers are in full flow this week as Sebastian Vettel kicked things off by announcing his departure from Ferrari. Meanwhile, away from the F1 circus, Maserati has revealed more shots of its new MC20 sports car and Lotus has been on the news offensive with several new content streams and tech stories.

All change at Ferrari, Renault and McLaren as F1 transfer window bursts open

Sebastian Vettel sparked a frantic seat swap in Formula 1 this week, as he announced his departure from Ferrari at the end of the 2020 season – with no news yet of his future plans. The German driver’s departure was swiftly followed by an announcement from Renault that Daniel Ricciardo would not be renewing his contract. The Australian driver will instead be joining McLaren, alongside Lando Norris, for next year’s season. Existing McLaren driver Carlos Sainz Jr. is set to take Vettel’s seat at Ferrari in 2021, joining teammate Charles Leclerc. More announcements are expected in the coming days and weeks.

Another week, another retro livery… not that we’re complaining! This time, it’s Maserati’s turn, as the brand revealed a set of rather special images revealing more details of its forthcoming sports car, the MC20. Featuring a livery design taken from the Maserati Eldorado, the iconic single-seater driven on its debut in Monza in 1958 by Sir Stirling Moss at the “Trofeo dei due Mondi”, the hotly anticipated MC20 is the brand’s first mid-engined road car since the MC12. It will also be the first car made by the brand to utilise a new engine completely developed in-house by Maserati, rather than having support from Ferrari – contain your excitement sports car fans! The shoot also features a majestic 1956 Maserati 250F, a car in which Sir Stirling claimed two of his 16 Formula 1 Grands Prix victories for the brand and the car he reportedly declared his ‘favourite’ Grand Prix racer.

Ever since chief Lotus designer Russell Carr talked about the Evija hypercar’s ‘porosity’ at its launch last year, we’ve been keen to know more about the car’s undeniably unique aerodynamics package. This week Lotus published a story (and CGI video) that reveals all, and with it, one of the coolest quotes we’ve heard in a long time. In a fascinating Q&A, Richard Hill, the highly experienced senior engineer who has guided this critical element of the 2,000 PS car’s design, reveals how the Evija compares to regular sports cars: “It’s like comparing a fighter jet to a child’s kite.’’ We told you it was cool.

This week also saw the launch of the Us Lot blog on the Lotus media site and the #MyLotus section of the LotusCars.com website, featuring a selection of owners’ cars. Enjoy.

The first episode in a film series that we shot pre-lockdown for Land Rover UK was aired this week. Featuring a very well behaved pooch, the first film illustrates just how well equipped the Defender is when it comes to carrying our furry friends – even if they’re absolutely covered in mud. So, is the new Defender too posh for a dog? Not on your nelly! Hit the link to watch the clip.

Yes, you read the title correctly. Gymkhana star and rally legend Ken ‘Hoonigan’ Block has been filmed sat in the passenger seat for once, teaching his 13-year old daughter Lia how to drift. If that wasn’t cool enough, the vehicle he used to give the lesson was his very own 1978 MkII Ford Escort RS! What’s even more impressive (from Lia, not Ken), is the fact that she only learnt to drive several days prior to getting behind the wheel of her father’s 333bhp stunt car. Expect to see Lia starring in her own drift film series very soon, no doubt.