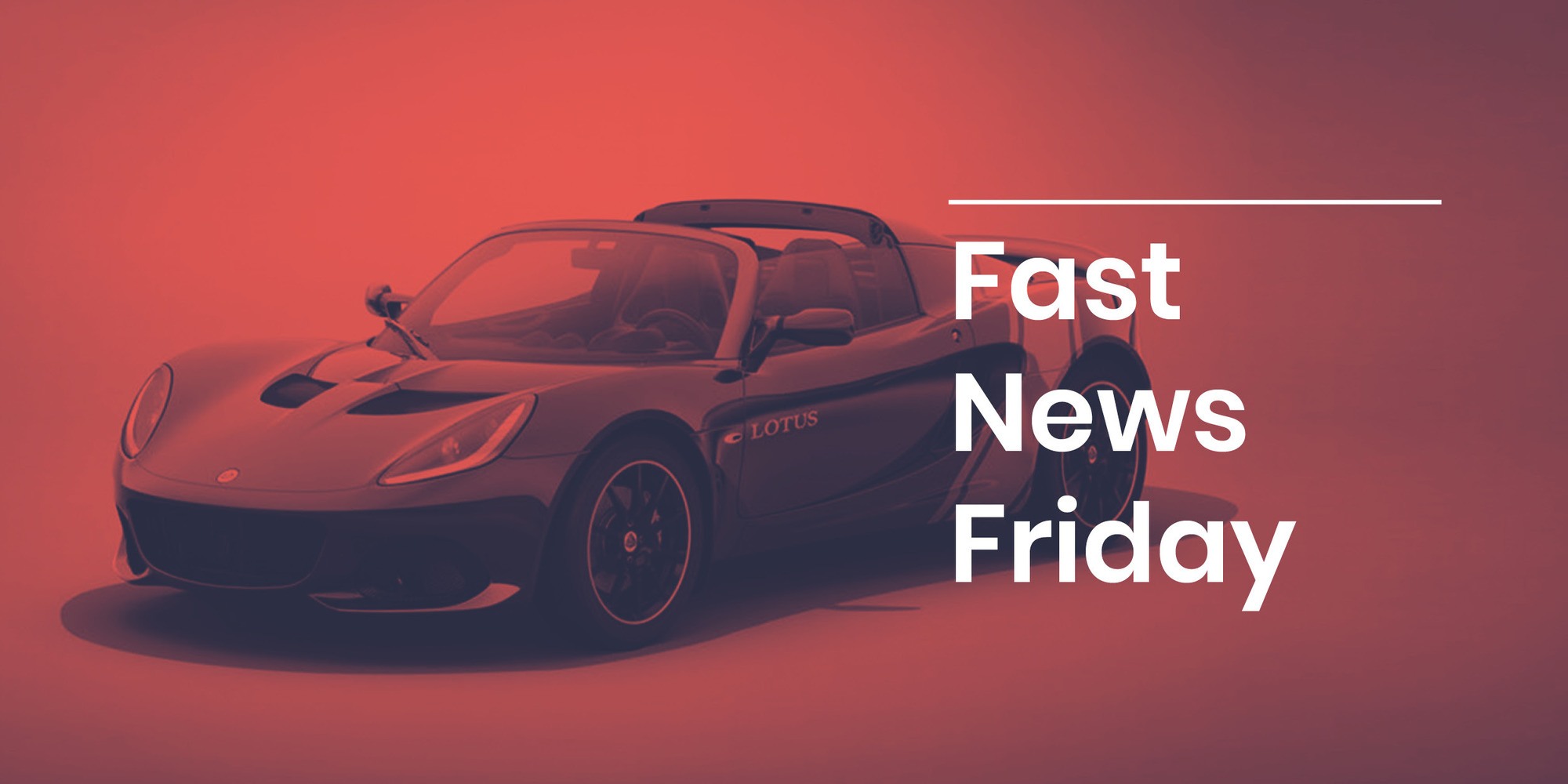 Welcome to Fast News Friday, automotive fans. This week, we have another five hand-picked stories from the world of motoring and online content… including a series of light-hearted Formula E films from Audi, one very imaginative car photographer and more racing-inspired liveries – this time from Lotus. Enjoy!

To mark the countdown to the start of the 5th Formula E season, Audi Sport, the German car manufacturer’s racing arm, has released a series of films that we think are worth a look. Featuring a cowboy hat-wearing, pick-up truck driving host with a thick Texan accent, the short films (we counted at least eight) demonstrate Audi’s normal sky-high production values along with some thrilling on-track action footage. The series also contains some great music and even some comedy, arguably making it even easier to get behind what many believe is the future of motor racing.

The creators of ITV programme, The People’s Ad break, have launched a competition inviting the UK public to create their own version of Honda’s brilliant dominoes-inspired advert. The winning entry will be chosen by a panel of senior ITV staff and broadcast during the ad break for Britain’s Got Talent on Saturday 23 May. Jean-Marc Streng, president of Honda UK, said: “We are really looking forward to seeing how ITV’s viewers recreate Honda’s precision engineering in producing their version of our iconic Cog advert.  However, we would not recommend them taking their car apart to do so!”

You just have to applaud the initiative and creativity here… in talks with Lamborghini to cover a car shoot in Tuscany before the coronavirus lockdown, Mumbai-based photographer Kunal Kelkar had the rug pulled out from underneath him, as indeed many undoubtedly did. Rather than simply wondering what could’ve been however, Kelkar decided to try something a little creative. Using a 1/18th scale Lamborghini Huracan (the brand went on to deliver an AR launch of its Huracan Evo RWD Spyder), a treadmill, a ping pong net and some Lumecube lights, he hosted his own Lamborghini shoot from the safety and comfort of his home. Genius. Hit the link to check out the results.

Keen not to let Alfa have all the fun from FNF #42 last week, Lotus has released its own set of retro-inspired liveries, sprucing up a limited edition range of the brands iconic (and we don’t say that lightly) Lotus Elise. Designed to pay tribute to the company’s pioneering racing history, each of the four Lotus Elise Classic Heritage Editions are based on legendary cars from the history books. Our favourite is the famous black and gold version, which was inspired by the Lotus Type 72D which Emerson Fittipaldi raced to five victories over the course of the 1972 Formula 1 season. Boasting an enhanced exterior and interior spec over the Elise Sport 220 on which they’re based, just 100 examples will be made. Priced at £46,250, the Heritage Editions seem good value in order to own a little piece of motor racing history and are considerably cheaper than the Alfa Romeo Giulia GTA.

As rumours of the end of lockdown start to circulate here in the UK, we certainly appreciated SEAT’s latest short film, or at least the feeling it gave us. This approach of a car company openly advising their audience to enjoy an activity that doesn’t involve their product is to be applauded in the current climate. Throw in a catchy song and a well written script and it doesn’t take much to imagine walking down a sunny beach front on a Spanish promenade… oh, if only!