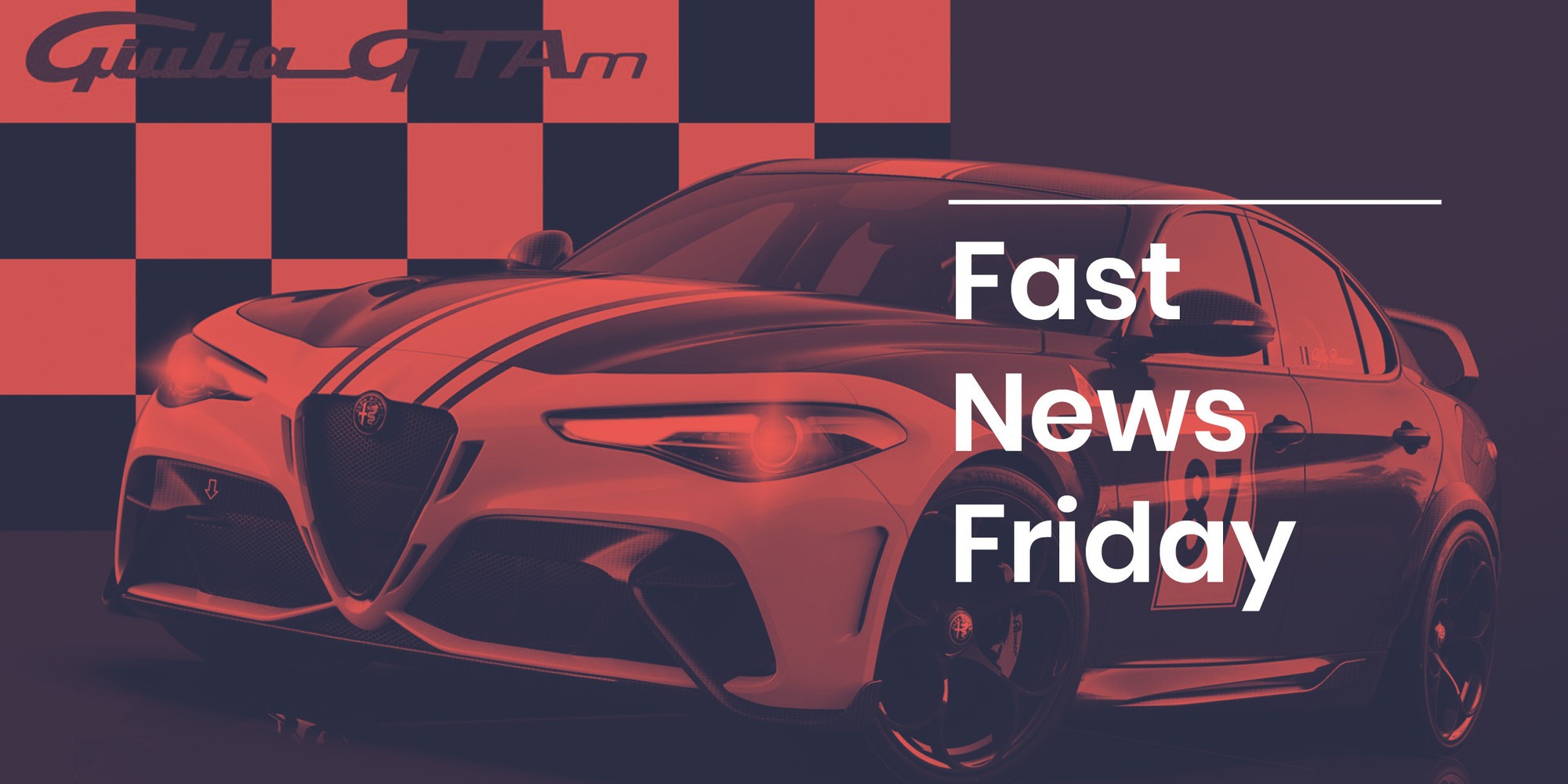 Welcome once again to Fast News Friday – Foxtrot Papa’s weekly pick of automotive news, content and reviews. In this episode, we discover that Mercedes-Benz are hosting a live online car show on Friday night, featuring a selection of celebs and their cars, which should be well worth a watch. Ford has also revealed a glimpse of its new Puma ST and there’s some glorious new retrospective liveries to enjoy, courtesy of Alfa Romeo.

We’ve been very impressed by the inventive ways in which the online motoring media has managed to fll their pages with content in recent weeks. This feature from Autocar containing no less than 43 slides on landmark automotive inventions is arguably one of the more interesting and insightful examples. Who knew that the first passenger vehicle capable of moving under its own power was built by French army engineer Nicolas-Joseph Cugnot as far back as 1769? We sure didn’t.

Everybody loves a fast Alfa Romeo, right? Right. And the red hot new Giulia GTA is no exception. This week more details of the brand’s new super saloon have been released including prices (starting at approx. £154,000 in the UK), and some wonderful new liveries buyers will be able to have their cars wrapped in. The designs are modern interpretations of classic racing colours used on the original Alfa GTA, including a take on the yellow nose livery applied to the 1971 European Touring Car Championship-winning GTA, while customers can also specify a racing number and receive a custom Goodwood car cover. If you’d prefer a more ‘understated’ solid colour the GTA will be available in GTA Red, Trophy White and Montreal Green – colours that any Italophile can relate to.

Following the cancellation of almost all large events in the early and middle parts of 2020 due to the Covid-19 restrictions, Mercedes-Benz has come up with its own clever digital take on the tried and tested car show formula. Known as the ‘Concours de Zoom’ the show and tell-style event will take place through an online Zoom conference call and will feature several models from Mercedes-Benz including celebrities such as Jay Leno, Martha Stewart, Ludacris and golfer Rickie Fowler. The show starts at 22.00 GMT.

Bezos and Musk compete to build next moon buggy

In NASA’s search for a partner to design and build the manned landing systems for a return to the moon by 2024, including the launch and landing vehicles, the private space flight companies of Elon Musk (SpaceX) and Jeff Bezos (Blue Origin) are going head-to-head to win the contract. A third company, Dynetics are also in with a chance. According to Sky News, ‘NASA has awarded the three companies 10-month contracts that are worth a combined $967m (£770m), with payments subject to the companies reaching specific development milestones.’ The new lunar landers will take the first woman and the next man to the surface of the moon – no pressure then.

Ford has released a sneak preview of what seems to be the new Puma ST performance variant of its award-winning supermini crossover – a class not well populated with performance models, it has to be said. Nevertheless, the short teaser film reveals that ‘a new #FordST IS coming’ featuring large alloy wheels, boot spoiler, signature honeycomb grille, figure hugging Recaro sports seats and a throaty engine note worthy of the ST badge. No word on release date yet, but if you like your compact cars served up hot and spicy with a healthy dose of practicality, this could be the car for you.