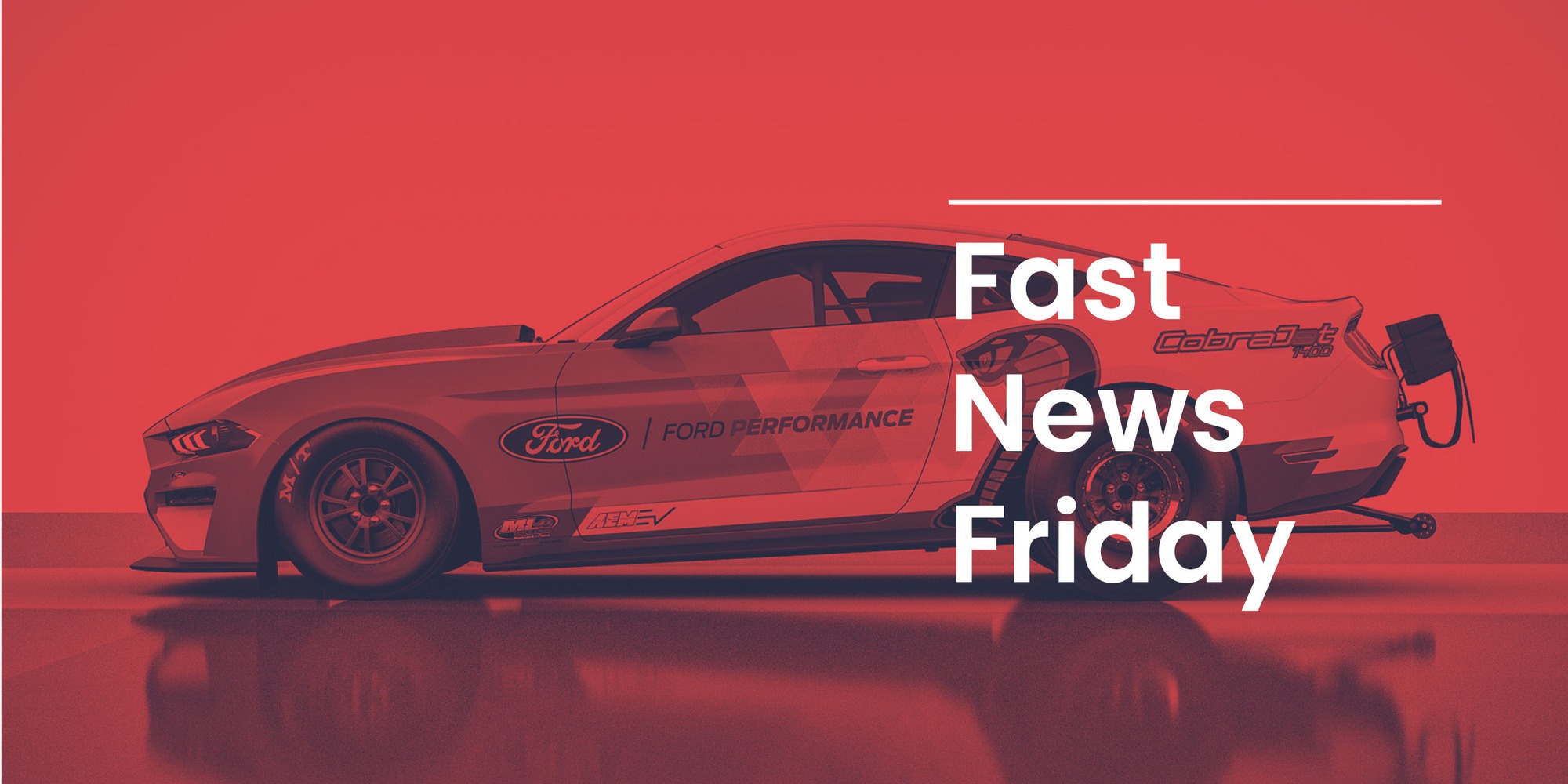 Happy Friday motoring fans! This week we see what 0-170mph in 8 seconds looks like courtesy of Ford’s new all-electric Mustang drag racer, enjoy a closer look at Polestar’s Precept concept and check out the most retro press images we’ve seen in a long time, courtesy of Porsche.

Perhaps paving the way for a fully electric Mustang sports coupe (or even a race car) in the not too distant future, Ford released details of the epic Mustang Cobra Jet 1400 this week. Producing in the region of 1,400 horsepower – as its name implies – Ford claims the all-electric muscle car is capable of covering the ¼ mile sprint in just 8 seconds at around 170mph. Supported by some very macho visuals and an impressive demonstration video, the prototype is a fantastic example of Ford pushing new technology to the absolute limit. And we absolutely love it!

Jaguar Land Rover has started supplying large numbers of protective visors made on its 3D printers to front-line NHS staff. The car maker suspended all production at its plants across the UK last month, in response to the spread of coronavirus. Adapting machinery designed to make new car parts at its Warwickshire site, the company is currently producing 250 visors a day and hoping to ramp up production to 5,000 a day. Distribution is being handled by JLR volunteers, according to the BBC. Aston Martin and Jaguar Land Rover also announced this week that they are targeting a return to production in early to mid-May. Meanwhile in Germany, production has resumed of the brand’s new ID 3 electric car at Volkswagen’s Zwickau plant, albeit at a rate well below normal output.

Last week the motor racing world sadly lost one of its brightest stars, British legend Sir Stirling Moss. Enjoying a career that saw him win hundreds of races both in single seaters and sports cars, Moss also famously won the 1955 Mille Miglia driving for Mercedes-Benz. Moss’ story is a well known one, but to pay tribute to this fallen hero, Mercedes quickly published this video tribute this week in honour of the great man and driver. RIP Stirling.

Proving that even relatively straightforward walkaround videos don’t have to be dull, Polestar’s CEO Thomas Ingenlath introduces the finer details of the Precept concept in this 9-minute film. Due to appear at the cancelled Geneva Motor Show, it’s a concept car packed with innovative technology that’s as slick as Ingenlath himself. In fact, he proves to not only be a very engaging and talented company CEO, he’s not a bad presenter either.

Porsche has announced a range of official infotainment screens designed specifically for classic models built between 1965 and 2005 – adding sat-nav, bluetooth and smartphone connectivity. Known as the “Porsche Classic Communication Management” (PCCM) system, the units bring a host of digital features to the brand’s most iconic analogue vehicles – including Apple CarPlay and Android Auto connection. If that wasn’t cool enough, just check out the official images.