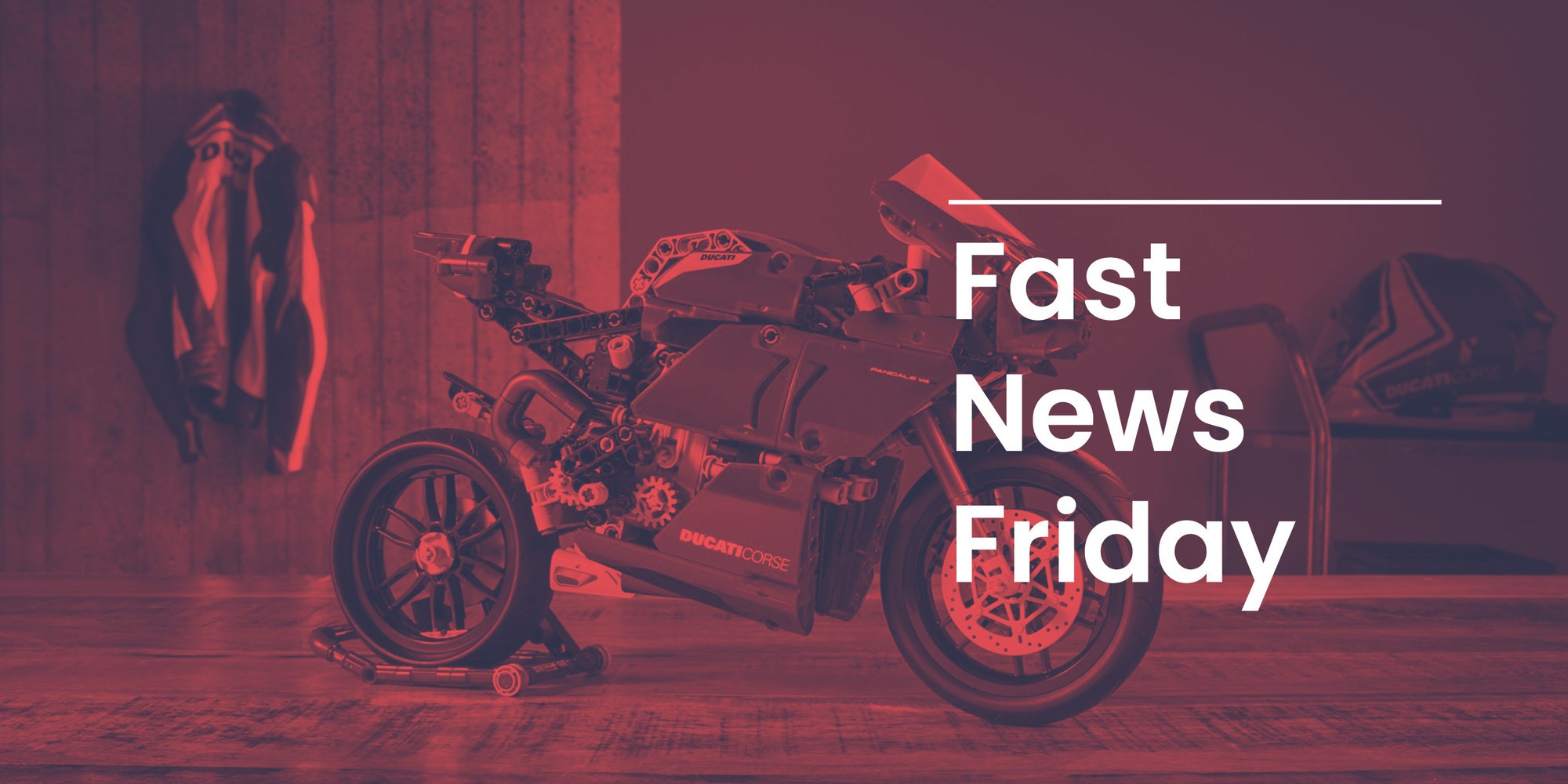 Here to keep your spirits up and your automotive news itch well and truly scratched, welcome to another edition of Fast News Friday. This week, the Lotus newsroom announced details on a high-tech new configurator, Lego revealed the results of partnership with Ducati and a ventilator produced by UK-based car makers and F1 teams has been approved for production. This and more in the links below.

Thanks to the motoring industry experts (and trust us, they are experts) at Autocar, this link is a great way to stay up to date with the status of the industry following the Coronavirus outbreak. In its most recent update, Autocar reports that Volvo has restarted production at its factories in Torslanda in Sweden, with the Ghent plant in Belgium, restarting on Monday 20 April, albeit at a reduced rate. It will also reopen its offices in Sweden – which is hugely promising.

If you’re one of the lucky so-and-sos who’s ordered an Evija, you’re in for a treat this year – even before you’ve taken delivery. Lotus revealed details of the buying process for its new all-electric hypercar this week, which included information about the brand’s new configurator. Using an all-new touchscreen designed especially for Lotus, it features an ultra-powerful graphics processor that creates high-definition ‘photo-realistic’ animated renders of the car to give a lifelike representation of the finished product. If that wasn’t impressive enough, the system is also capable of ‘ray-tracing’, which allows the user to place the Evija into environments to represent how the position of the sun can change the car’s appearance. How cool is that?

Lotus fans should also check out the new US LOT Sessions, a new public service broadcast from Lotus, with Season 1 guests set to include: Ant Anstead, Magnus Walker, Matt Farah, the Goblin Works Garage team and other well-known Lotus owners and fans.

Whilst this should come as no real surprise considering the almost global ban on all but essential car travel, the reality is that the global lockdown has had a dramatic impact on global air quality. In the UK, there have been up to 80% fewer car journeys since the coronavirus lockdown began over three weeks ago, analysis by the AA has suggested. In this intriguing article from The Guardian, it states that Delhi, the world’s most polluted city, has experienced some of the freshest air the Indian capital has seen in decades. In light of these facts, will the uptake in electric cars dramatically increase after the lockdown lifts and the Coronavirus threat is reduced? Only time, and more stories of this nature, will tell.

Ventilators built by F1 teams have been approved

A number of UK firms including several F1 teams and car manufacturers have been producing ventilators in response to the surge in demand during the ongoing Coronavirus pandemic. Firms including Siemens, Airbus, Ford and McLaren worked with Penlon, a medical device maker, to adapt its ventilator design so that it could be mass-produced at speed. According to the BBC, until this week none of the new designs had received official approval and the government was facing criticism for initially specifying machines that were allegedly ill-suited to the treatment of Covid-19 patients. Production of the Penlon-designed machine can now begin in earnest, drawing on the combined expertise of companies such as Airbus, Ford and McLaren.

Providing some much needed distraction from the lockdown, Ducati and Lego have partnered to create the first ever brick model of the Italian motorcycle firm’s achingly cool Panigale V4 R superbike – available from June 1. The ingeniously designed Technic model is made up of 646 bricks and features Ducati’s signature bright red livery. As with all Lego Technic kits, it’s not just nice to look at. There’s a moving version of the 998cc V4 engine (which in real life makes a frightening 234bhp at 15,500rpm), and even a working 2-speed gearbox. Where do we sign? Right here, in fact.