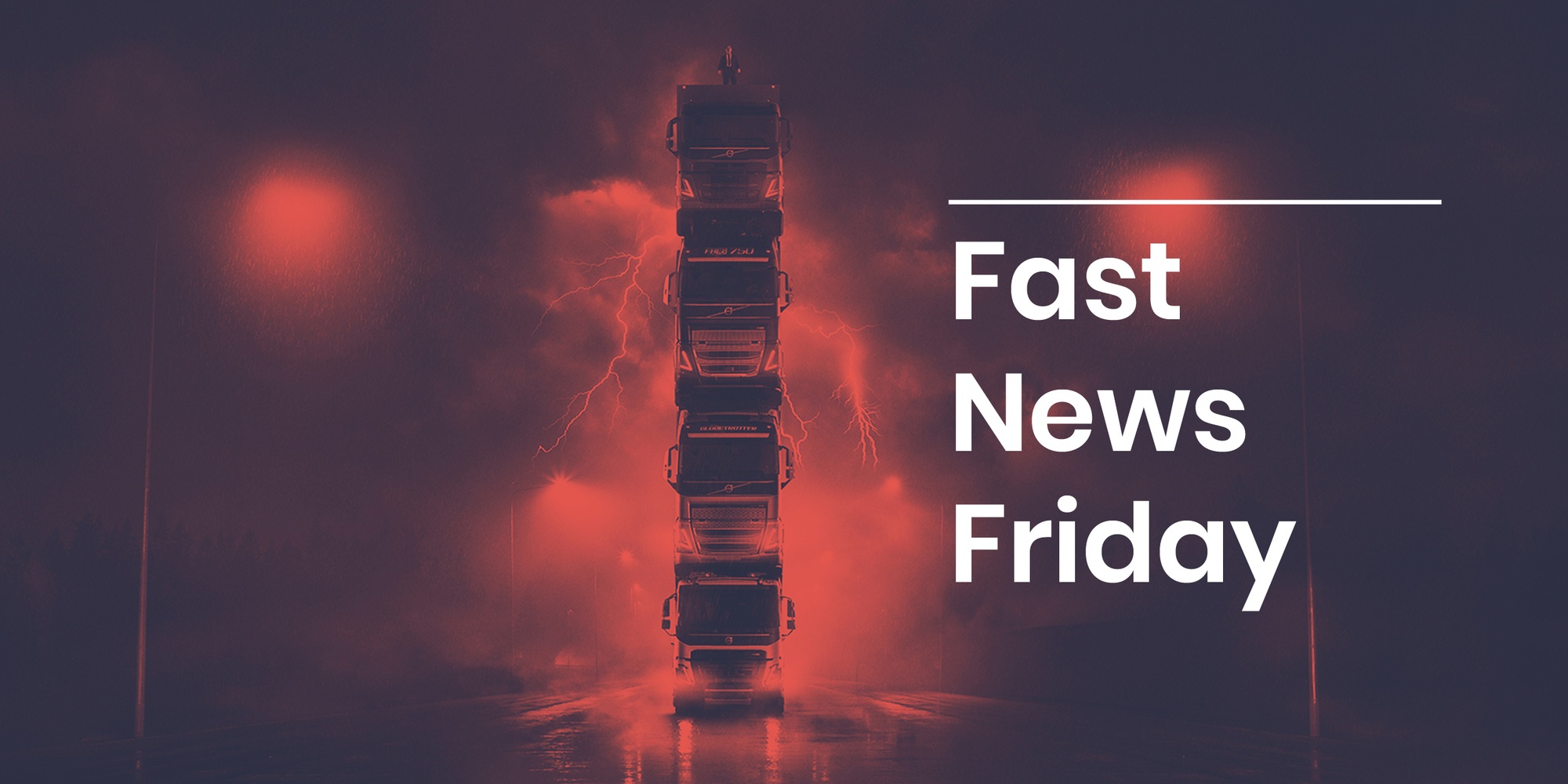 Hello everyone! We can confirm you’ve successfully managed to get through yet another wintry week. Before you switch off, get up to speed with this edition of #FastNewsFriday. Read on for epic towers made of trucks, bulletproof brochures and and the latest on the industry’s coronavirus disruption.

We’ve all dreamed of being invisible, at some point in our lives. Volkswagen, however, is trying to make sure we don’t become invisible at the wrong moment. In this eerie ad, we see a late-night jogger and her dog disappear into a foggy night. The only eyes they can’t escape are, however, the thermal infrared cameras integrated in front of the Tuareg. The first VW model available with ‘Night Vision’ assist can spot people and animals from 10m to 130m ahead. Not the first ‘hazard detection’ ad we talk about, but definitely one of the slickest.

Porsche wants it as personal as it gets

You know it: there’s nothing more personal than one’s fingerprint. And their car, for many four-wheel enthusiasts. Porsche wanted to link both these identity markers in an inextricable way, and seems to have succeeded in doing so. New 911 customers will have the option to have the bonnet customised with a design based on their own fingerprint. The design will come to life thanks to a new direct printing technology, much superior to conventional film application. This ain’t cheap: the add-on will require the work of 30 highly qualified employees and cost 7,500 euros. This sounds like a great idea, until someone inevitably comes up with a giant fingerprint scanner and a heap of bad intentions.

The Geneva Motor Show is postponed amid Coronavirus concerns

After a couple of days of rumours and uncertainty, the Geneva Motor show becomes the latest big event to fall victim of Coronavirus concerns. The show’s organisers just announced its 6-month postponement, justifying it on the basis of increasing difficulties for delegates to arrange visas or flights amid Covid-19 restrictions. They were left with no other choice once Switzerland, which borders extensively with the heavily affected Italian region of Lombardy, banned large gatherings for the foreseeable future. The event will now be taking place in September. Concerns over the need to limit the spread of the virus in the early phases of its pandemic stage might lead to further major cancellations, with Euro 2020 and the Tokyo Olympics organisers getting nervous by the day.

We can’t talk about this commercial without admitting our bias: we’re huge fans of Vangelis, and his soundtrack for the Columbus biopic  ‘Conquest of Paradise’ is undeservedly obscure to most. Volvo Truck’s latest film definitely pays it homage: the absurdly epic tower of trucks rising from the mist and rain is a clear reference. In the 1982 movie, the same tune plays over the Santa Maria caravel emerging from the foggy banks along the coast of Cuba, after a trip fraught with storms.  While the news here isn’t quite the of the ‘new continent discovery’ kind, it’s not often that a company president is the star of its own adverts. The simultaneous release of four new trucks probably warrants all the fanfare too.

Volkswagen has had a very, very tough time navigating an environmentally aware world. The emissions scandal propelled it to the top of the naughty brands list, in a sector which already has enough paradigm shifts to deal with. The brand’s attempts to change this perception have been heavy handed and controversial. Its ‘Let It Go’ SuperBowl ad was criticized for its insincere and forced vibe. VW has decided, then, to let the critics fix what they don’t like: by hiring them. The German brand will employ young climate campaigners to ‘aggressively challenge’ its environmental policies. Will this be the beginning of a more attentive disposition from the corporate world to a generation concerned for its future? Or a capitalist attempt to buy a way into the ‘right’ side of this politically-charged argument? Only time will tell. And Twitter, of course.