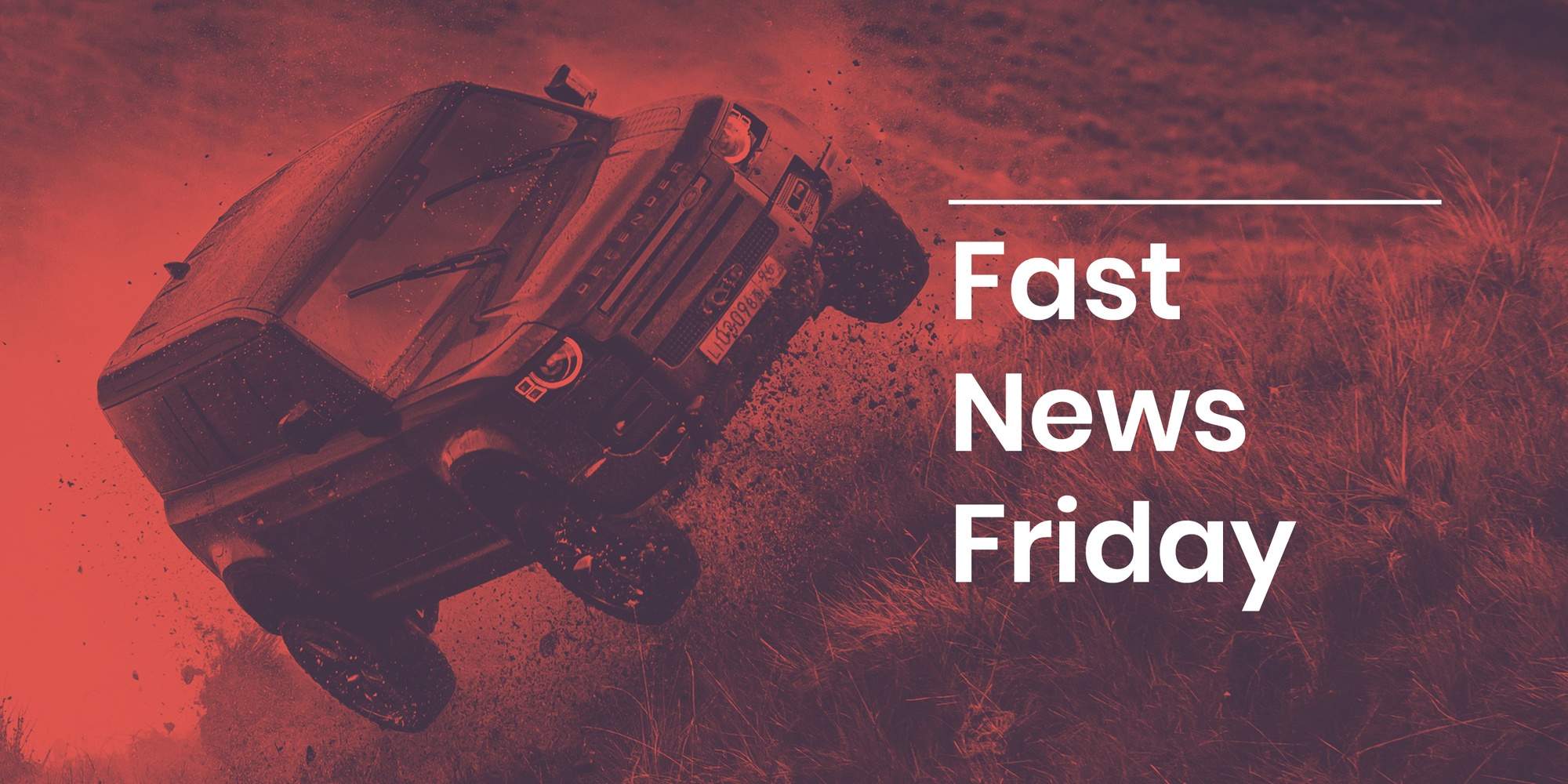 G’day #FastNewsFriday fans! It’s a week of mixed emotions: exciting new vehicle releases, explosive Nascar footage and the tear-jerking goodbye of an automotive icon from down under. Let’s get to it.

The new Land Rover Defender is one of the stars of the latest James Bond film No Time To Die, which is the ninth James Bond film to feature Jaguar Land Rover’s products. In this action packed film rehearsal, we see the new Defender completing some very impressive stunts, jumps and off-road driving whilst being chased by some equally purposeful Triumph motorcycles. Authentic and gritty, the film is a confident move for the British car maker, and for more ways than one. For the film’s finale, the Defender completes an unceremonious rollover, causing what appears to be some rather considerable damage to the front of the car. However this is a Land Rover Defender ladies and gentlemen, and as the name of the film suggests, it promises to be one of the most capable and truly unstoppable cars money can buy.

New Maserati sports cars don’t come around very often. In fact, the recent Gran Turismo model was first launched way back in 2007 and only went out of production in 2019. Fans of the trident-badged cars can afford to feel very excited this week however, following an announcement of the arrival of the new Supersportiva – a V6-engined supercar with McLaren, Ferrari and Aston Martin in its sights. If Car magazine’s artist impressions are anything to go by, the halo model–said to be part of a new model programme–certainly competes in the styling department. As Maserati is currently being taken over by PSA (parent company Fiat Chrysler Automobiles (FCA) is merging with the French car-making giant), details are highly speculative, but the article suggests a reveal later in the year.

Let’s face it: the idea of towing a trailer-sized power bank isn’t the best argument to use with a crowd concerned with the limits of electric mobility. After all, no combustion-powered car requires its owners to tow a small fuel tank, so it’s an easy win for the petrol fans. However, for those dedicated to avoiding emissions at all costs, this is a precious solution. EP Tender, named after the small tender boats that service ships, has a smart business plan. They will locate compounds of rentable trailers along major holiday routes, and make them available for rental at around €34 each. Drivers will pull up, allow the trailer to autonomously connect to their car and take off with an extra 60 kWh of battery power. Currently working with Renault and PSA to factory fit tow bars and connectors, EP Tender promises to retrofit any existing vehicles for around €600.

4. Nascar is back and it wants to be heard

Get ready for the most American thing you’ll see this week. Heck, even this month. Nascar is ramping up its marketing efforts for the inaugural race of the season, this weekend’s Daytona 500. Part of their campaign called ‘I am Nascar’, it aims at giving value to what the brand means for fans and the company. The advert is a compilation of recent and past hectic Daytona highlights, with a dramatic first person voice-over narration. Or, according to Pete Jung, senior vice-president of the brand, an attempt to ‘flex their muscles of out of the gates’. If they’re lacking anything, it’s certainly not confidence and swagger.

5. Farewell and so long, dear Holden

Australia has had much bigger issues to deal with as of late, but there’s no looking away from this. The iconic Holden brand is ceasing operations after 70 years of down-under market dominance. The decision will see the loss of 800 jobs in 2021, after a gradual winding down process. It will also leave a large gap in many Aussie automotive fan’s harts, first of all our own Harts. While GM has excluded any further opportunities to keep the brand alive, its supporters are doing their best to mourn it in style. Once Australia’s biggest car manufacturer, Holden will now continue to exist only to the extent of honouring current warranty commitments.