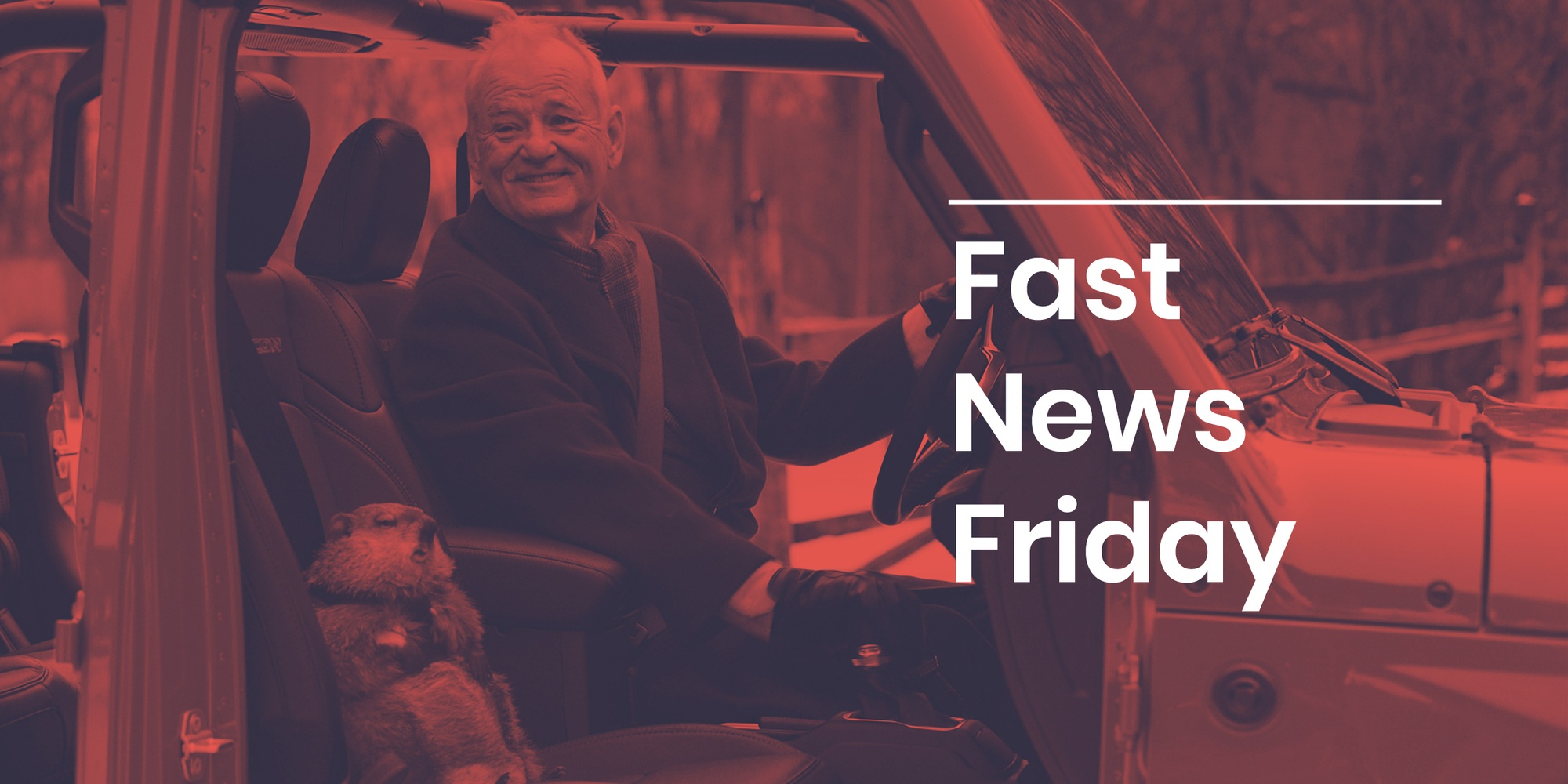 Hello Fast News Fridays crowd! After a slightly underwhelming SuperBowl as far as automotive ads are concerned, we look back on all the craziness that ensued. From fishy storage spaces to Ford cycling accessories, read below for an unexpected set of updates.

Bill Murray is a mysterious man, and he likes to keep it that way. What’s no mystery is that he is difficult to reach, vague when eventually reached and does not do commercials. Oliver Francois, FCA’s CMO, was well aware of this when he contacted him with a long hand-delivered letter. He begged him to fulfil his ambition and star in a big game commercial for the Italian brand. The Fiat-Chrysler man had previously made headlines for getting unlikely celebrities onboard, including Eminem, Clint Eastwood and Oprah Winfrey. He was still dumbfounded when, barely 2 weeks before the SuperBowl, Murray told him he was on board. He’s also sworn this will be his first and last commercial, ever. So soak it all in.

We have two contenders tied for last here: we just couldn’t decide which one was worse. Audi’s Maisie Williams ad is a Frankenstein-like creature: it feels like the creative process involved sticking random, unrelated bits of pop culture together in an effort to hit as many different target audiences as possible. The result feels artificial, confusing and even hypocritical, considering parent company VW’s track record surrounding emissions. Most of all, it makes us really want a smelly, dirty Dodge Charger. The Genesis ad isn’t anymore successful at delivering its message: luxury still feels crass and out of touch after the viewing. Chrissy’s jokes are both badly written and delivered, and John Legend tries way too hard to be the funny guy. It was supposed to be a thing, and they made it NOT a thing we want to see again.

3. Funky frunks! Ford serves seafood out of a Mach-E

Ford is crazy about its brand new Mustang Mach E ‘frunk’, and they want everyone to know. The 4.8 cubic-foot plastic storage area and its drain are indeed the talk of the town after the automaker’s latest stunt. Ford jumped on the ‘food sharing party’ bandwagon, courtesy of the SuperBowl vibe, and it’s not getting off until everyone is fed. Their latest Mach-E press release features a frunk filled with notoriously smelly, greasy and delicious food. Both shrimp on ice and over 1,000 spicy wings feature in the photoshoot, in a very unusual display. While a campaign not for all tastes, the originality of it all makes it difficult to forget and thus a very successful introduction of their innovative storage space to the world. Shotgun not cleaning up, though.

4. These boots are made for mail: VW and Hermes form an revolutionary partnership

We’ve all cursed the gods while angrily stood in a Post Office queue with a ‘sorry we missed you’ slip. Next time, instead of picking up our parcel from behind the bin or from an Amazon locker, it might already be waiting in our car. Volkswagen has partnered with delivery giant Hermes to trial a service that would give couriers access to your boot. The access would be provided via a single-use, time-locked access code, utilised after locating the car through GPS. The system places a lot of responsibility on the courier, who has to take photographic evidence and secure the boot once done. Despite this, early trials of the service in Germany have received positive feedback, and a UK trial will start in Milton Keynes soon. The Tarantino-style trunk shot is about to have a new unexpected protagonist.

Ford is the star of this edition of FNF, and for all the unexpected reasons. This time, it’s because they have just released images of a ‘prototype cycling jacket’, featuring LED powered emojis. The light-up back displays three different types of emojis, a hazard sign and indicating arrows, with the goal of improving cyclist safety. The introduction of a way for vulnerable road users to communicate with the traffic around them seems like an obvious evolution. The cycling world wasn’t all enthusiastic about this though. Cyclists blamed the jacket for ‘yet again putting road safety responsibility on them’. While it is true that there should be more collective attention to safeguarding cyclists, we feel that ensuring that bikes can safely and visibly indicate (and actually stop at red lights) might be a great way to kickstart the process.