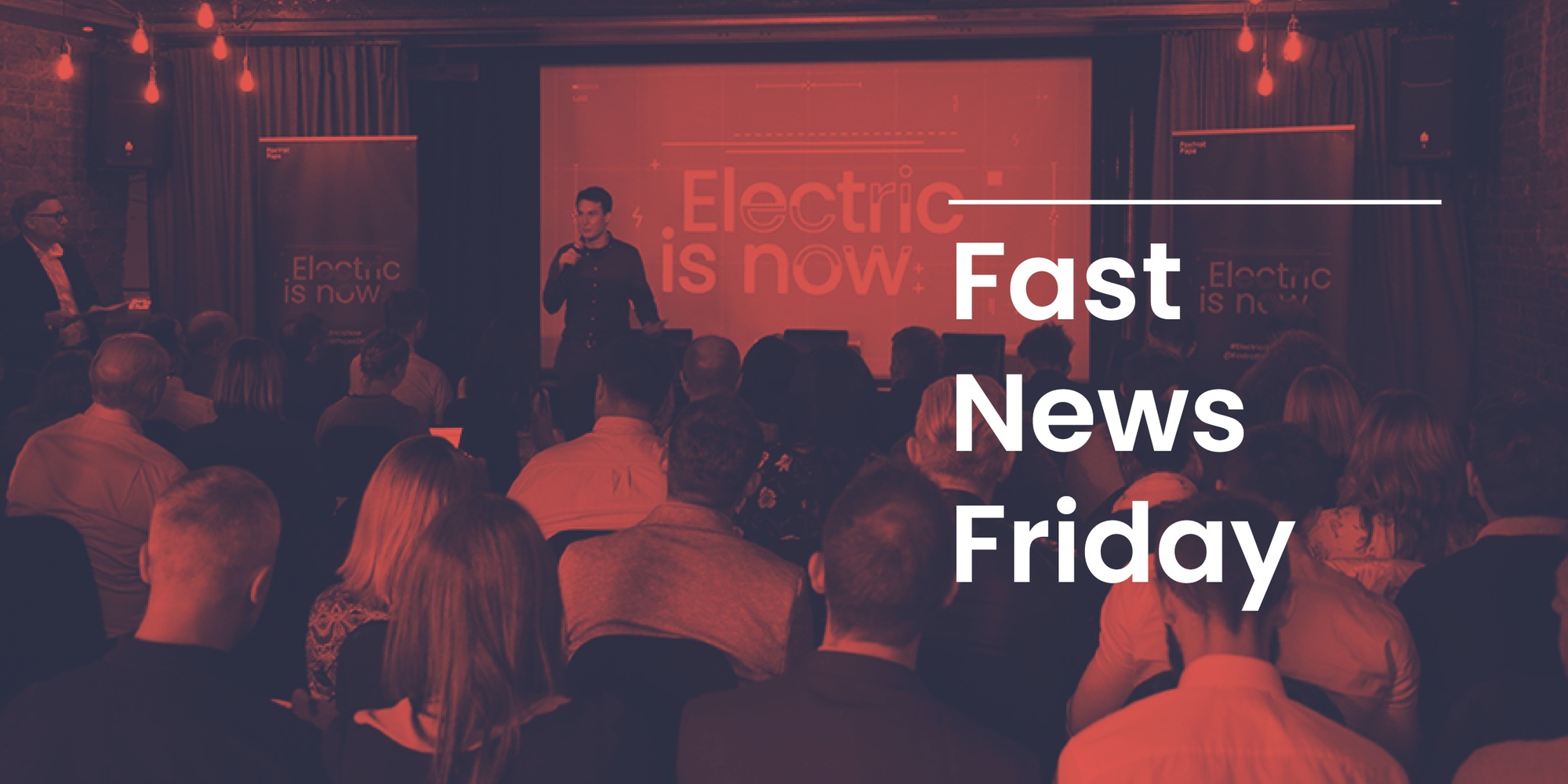 Welcome to this week’s Fast News Friday – Foxtrot Papa’s easy-to-digest round-up of the latest automotive news. In celebration of our new report, Electric is Now, which we launched to the industry at a sell out panel event yesterday, we’ve pulled together an EV special…Read on to learn about Audi’s new EV ‘face’, the price of a Polestar 2 and much more.

The inaugural Electric is Now panel event was a huge success! Organised by Foxtrot Papa’s Marketing Director, Hannah Baker and hosted at the Century Club in London yesterday, around 100 guests joined us for a discussion on consumer attitudes to electric vehicle adoption. Together with a panel of speakers including Ian Callum, Simon Clare, Rob Smedley, and Nikki Rimmington, our CEO Matt explored the findings of our report and raised important questions about the future of the automotive industry. Asked ‘What makes a good electric car?’, former Head of Design at Jaguar, Callum said, “It’s got to be a great car in its own right. And the fact it’s electric is a bonus’. To receive your copy of the full report, visit the link above and keep an eye on our website and social channels for a more great insight from the event.

We love a good teaser image here at Foxtrot Papa and Audi’s latest news story contains one of the most intriguing we’ve seen—featuring a family photo of the e-tron, forthcoming e-tron GT and Q4 e-tron. Hiding under a cover at the back of the image, however, is a partially covered concept revealing the front end of Audi’s next-generation electric car. According to Auto Express, the concept is designed to work on the PPE platform that the company is creating in conjunction with Porsche. We’re excited.

If you’re in the market for an immaculately designed all-electric car that isn’t a Tesla, the new Polestar 2 is well worth a look. The Volvo-owned company has recently announced the price of the launch edition model, at £49,900, but is keen to point out that cheaper versions will follow. Power comes from two electric motors, which combine to produce a total of 402bhp and 660Nm of torque. This results in a 0–62mph sprint of around 4.7 seconds – which is more than enough performance for most. Polestar is also targeting a WLTP-certified range of 311 miles. Where do we sign up?

Swiss racing driver Simona De Silvestro has been announced as the test and development driver for the TAG Heuer Porsche Formula E Team. Currently competing in the Virgin Australia Supercars Championship, De Silvestro recently tweeted the news: “Becoming part of the Porsche family as their first female works driver makes me very proud.” We take our hats off to her.

5. Tesla’s latest updates include the Smart Summon feature, but not in the UK

The latest over-the-air update from Tesla, version 10.0, was a rather large one this week, bringing Netflix streaming to your Model S, X, or 3, when it’s in Park mode. Cool huh? The update also introduces a karaoke mode (YES, ELON) and Spotify Premium access, which again, is pretty cool. The one feature that was missing from the UK-wide update though, is the much anticipated ‘Smart Summon’ feature.Not so cool. This technology has also been making news this week as brave US owners test their car’s new ability to drive itself out of a parking space, with some errr, interesting results.