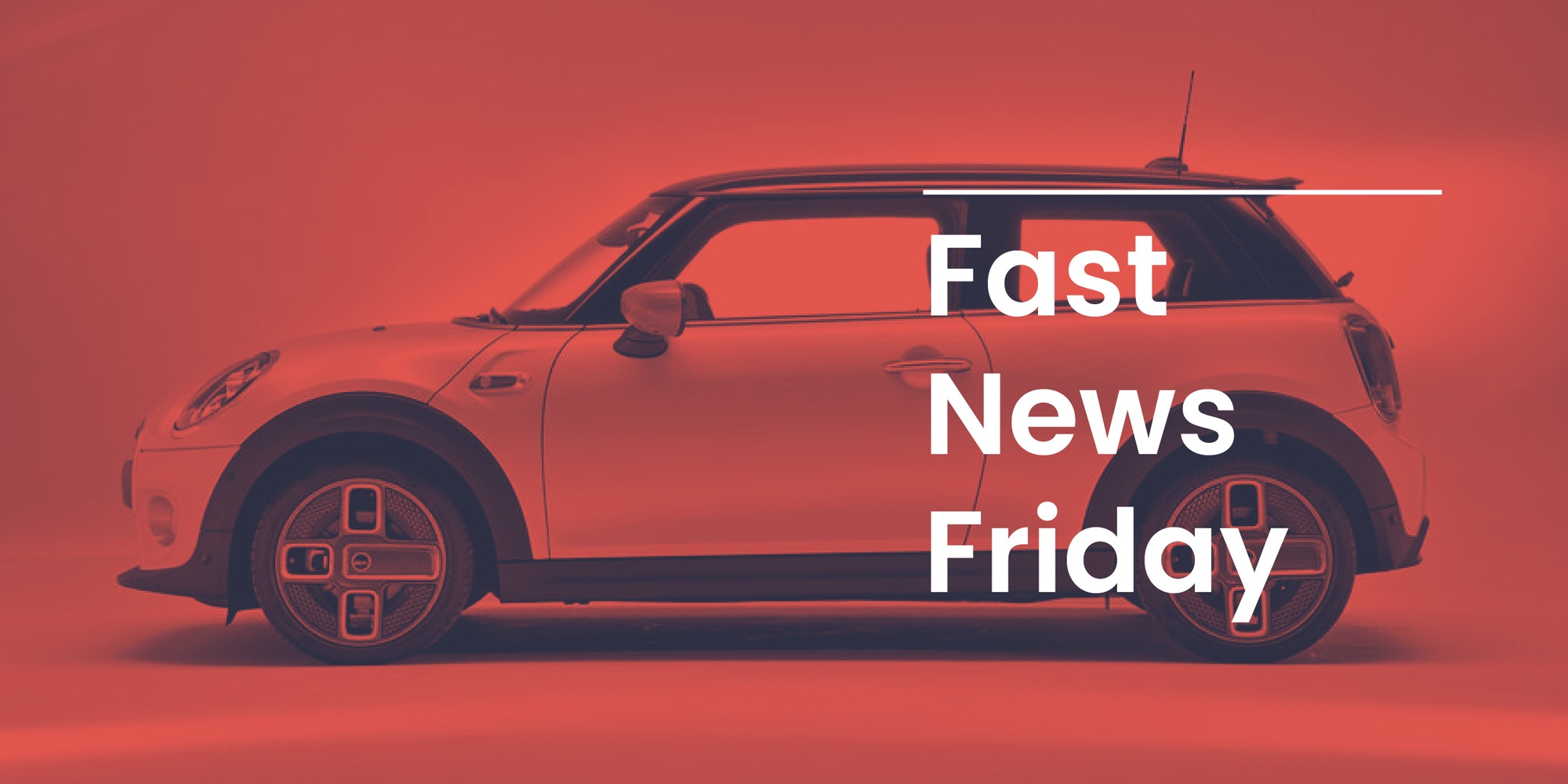 Welcome to Fast News Friday, automotive fans! This week, Uber and its Chinese counterpart steal the headlines for all the wrong reasons, whilst Mini and US start-up Rivian prove that EVs are here to stay. We also share an excellent story that will appeal to your inner toddler: a drifting driverless dumper truck. You’re welcome.

1. Uber lives on in London (for another 2 months, at least)

Facing an outright ban in London over safety concerns (and after much lobbying from disgruntled cabbies) Uber has been awarded a two-month extension to its license—no doubt to the relief of millions of happy ride-hailers in the capital. The ongoing debate centers on the fact that, according to Transport for London (TfL), Uber has repeatedly failed to meet passenger safety standards by failing to report criminal allegations made against drivers to the police. Chaired by Mayor Sadiq Khan, TfL’s enquiry also found fault with Uber’s lax background checks for its drivers, claiming it used software that could help it avoid regulation. There are also further criticisms over working practices for drivers. Opinions on the enquiry are split here in the office. What do you think about Uber’s service? Have you ever taken an Uber in London, and felt unsafe?

2. Meanwhile, China’s equivalent of Uber will now show you your driver’s political allegiance

The equivalent of Uber in China, ride-hailing firm Didi Chuxing, will now go one step further than its western counterpart by offering information to users on their driver’s political allegiances! Users of the firm’s premium service will now know if their driver is a member of the ruling Chinese Communist Party, by seeing a badge or icon on the profile and the caption ‘Party Member Driver’ alongside other badges for cleanliness and experience. According to the story from qz.com, ‘The lucky ones that get to ride in a Party Member Driver’s car will find a similar red sticker on the dashboard’. If the current status of UK politics is anything to go by, something tells us a British equivalent wouldn’t go down so well…

Ever found yourself challenged by an angry bloke in the pub ranting that ‘electric cars will never take off’? Well, next time you encounter one supply him with this insight: Mini has just announced that it’s taken 60,000 expressions of interest for its new Electric model…a car which doesn’t reach showrooms until March 2020! The order books for Mini’s new EV, which shares its powertrain with BMW’s popular i3s, opened during this year’s Frankfurt Motor Show, and according to Mini boss, Bernd Körber, sales figures are well ahead of company predictions. Check out our upcoming Electric Is Now report to learn more about Europe’s EV revolution.

Operating stealthily but with considerable investment from firms including Ford and Amazon, US start-up Rivian has made the auto headlines this week with news of a huge order from the online shopping giant. CEO Jeff Bezos announced that an order of 100,000 electric Rivian delivery vans has been placed, a vehicle that until this week was entirely unknown. With the first vans due to be on the road by 2021, the commercial vehicle joins the all-electric R1T pickup and the R1S SUV, which exclusively target the premium off-road segment. If you ask us here at Foxtrot Papa, the Rivian order is the first step towards Amazon achieving a fleet of autonomous delivery vans. As always, we’re eagerly awaiting Bezos’s next move.

If you’re a petrolhead like us, you’ll probably agree that the scope for automotive tomfoolery within the commercial, autonomous vehicle segment is almost non-existent, right?

Well, tell that to Scania…

Known as the Scania AXL, this fully operational driverless dumper truck concept can not only drive itself, it can also drift. Yes, drift! Shown here powersliding around a mine, the fantastic press shots also prove it can carry out more traditional dumper truck duties such as loading and tipping large amounts gravel. If that wasn’t cool enough, the AXL’s design has also been inspired by a dog. Whoever is at the helm of Scania, we salute you.