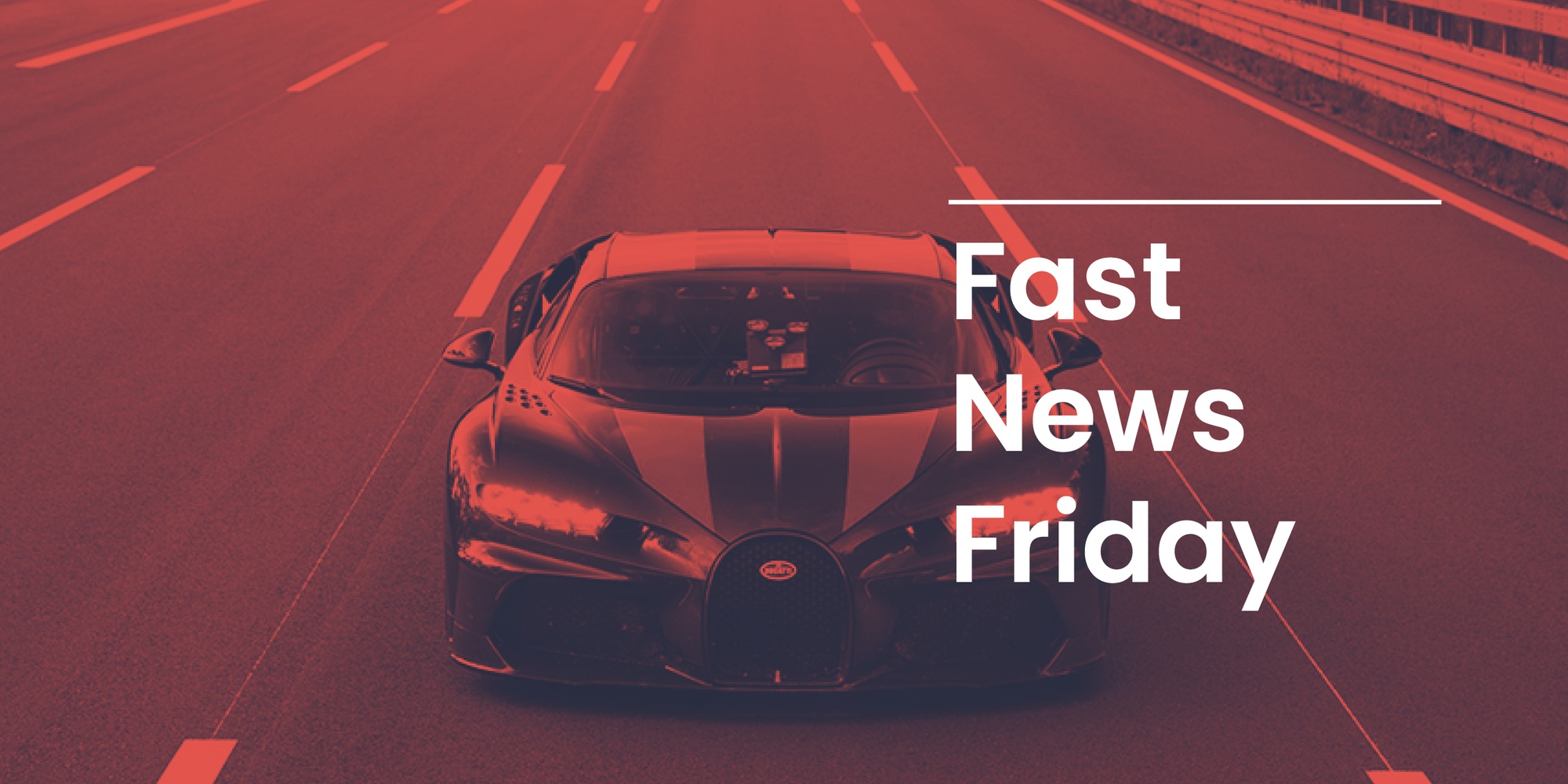 Friday is here once again and with it, Fast News Friday. In fact, this is undoubtedly the fastest of them all, as Bugatti has cracked the 300mph barrier this week. We were also delighted to see Ian Callum’s new Vanquish 25 break cover, as he enters the next exciting chapter of his career. This and more in the links below.

1. Is this the new electric Fiat Panda?

Is the race to electrification a sprint or a marathon for car manufacturers? The latter may be true for Fiat at least, as it considers not just the market conditions but also the relevance for releasing its affordable Centoventi city car, both in ICE and EV formats. First revealed back in March at the 2019 Geneva Motor Show as a possible replacement for the Panda, the Centoventi is the brainchild of Olivier François, chief marketing officer at Fiat Chrysler Automobiles (FCA) and head of the Fiat brand. He states: “We want to do a socially relevant car, a city car that’s electric and affordable. And that’s currently an oxymoron.” Featuring some clever future-proofing tech, his predicament as this intriguing article from Autocar explores, is not if to launch the Centoventi, but when.

Imagine for one second driving at 200mph in an already very fast car and then being overtaken by a Bugatti Chiron travelling over 100mph faster! In theory, that situation is now possible. Driven by Andy Wallace at VW’s Ehra-Lessien test track in Germany, a modified Chiron road car broke the 300mph barrier this week, reaching an incredible 304.77mph. This incredible feat pushes Bugatti back into the record books but is likely to be the last of the insanely high-speed records from Bugatti. Shortly after the news broke, Bugatti President Stephan Winkelmann gave an impassioned follow-up interview, stating that “In the future we will focus on other areas.” Does this mean the Bugatti SUV is nigh? Or perhaps they are headed to the moon next?

A quirky piece of social content from the continent caught our eye this week, care of this write up in lIttle Black Book. To promote the affordable supercars they offer for hire, rental company Sixt brought the sounds of a roaring Engine to the Königsallee boulevard in Dusseldorf. However, as curious passers-by turned in the direction of the noise, they were greeted not with the mean machine they expected, but with a man on the back of a scooter ferociously blowing a trombone and towing a billboard which reads ‘No bucks for a sports car? Rent one at Sixt.’ The tongue-in-cheek stunt has been shared on Sixt’s social channels internationally and if you ask us, is a great example of a low cost, high fun brand awareness piece. Bravo.

Mafia bosses and super-villains the world over were no doubt highly intrigued by BMW’s recent unveiling of a one-off X6 SUV which has been sprayed with vantablack VBx2—a paint so black that surfaces painted in it lose their defining features to the human eye. The one off car is set to be unveiled at next week’s Frankfurt Motor Show and is the result of a collaboration between BMW and Surrey Nanosystems, the inventors of the vantablack technology, which was originally developed for aerospace use. Ultimately little more than a (very successful) PR stunt, the car will never be road legal—probably due to the aforementioned suitability for organised crime—but regardless, its generated significant buzz in online motoring communities. Is it practical? No. Is it necessary? Absolutely not. Is it cool? 100%.

Celebrated Scottish car designer and former head of design at Jaguar, Ian Callum has revealed the Vanquish 25 this week, which also showcases the designer’s version of ‘abstract tartan’. Essentially a re-imagined Aston Martin Vanquish from the early noughties (often referred to as Callum’s design swansong), the revitalised car features a host of styling updates and mechanical improvements over the 2001 original, including an uprated engine and gearbox. Clearly, Callum felt there was unfinished business surrounding the Vanquish, and after pouring over all the juicy details, he appears to be in his element with this latest project. Where do we sign?

You can hear from the legendary designer himself at our Electric Is Now panel event on October 3rd. More details here.