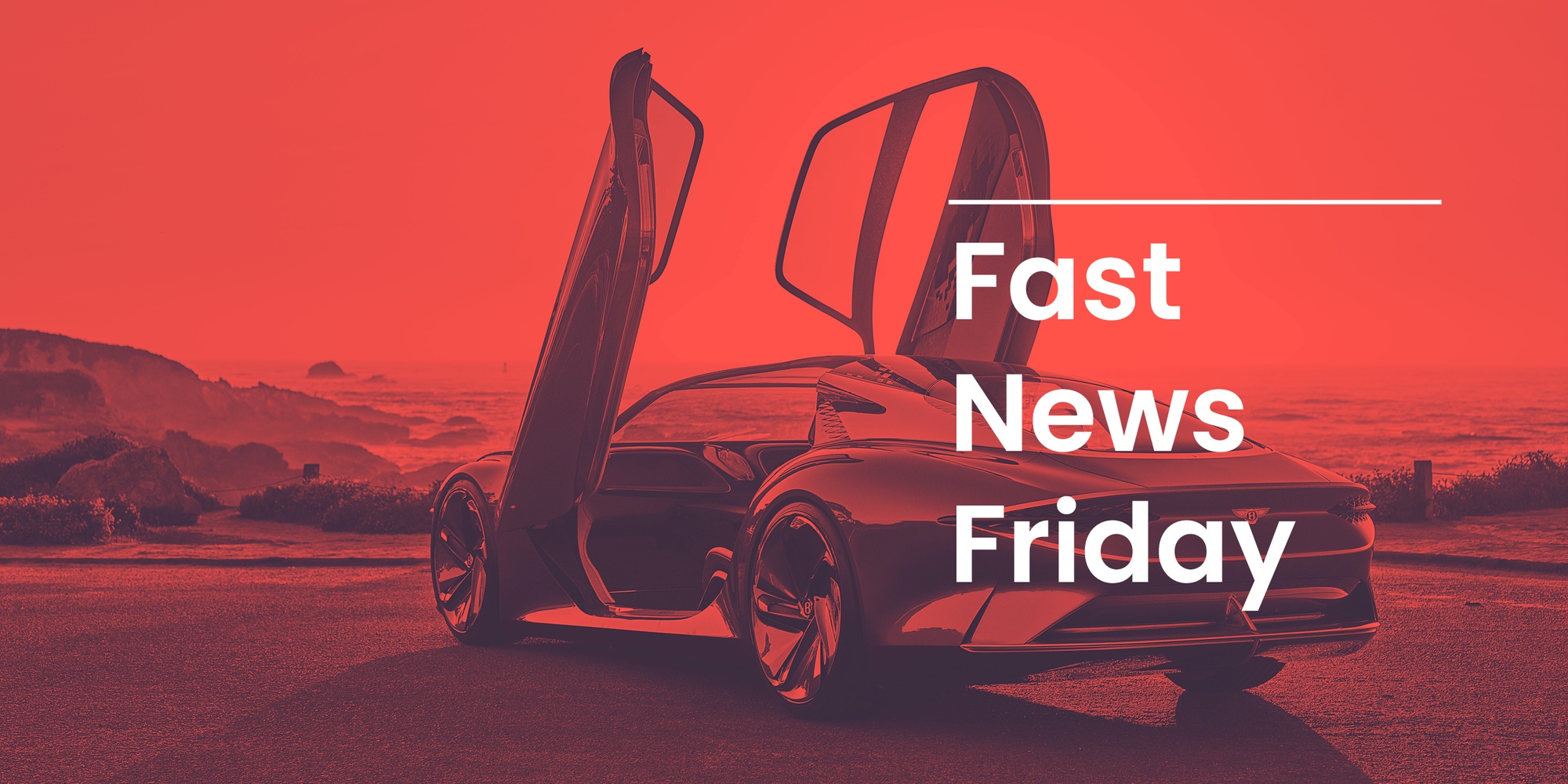 Happy Friday automotive fans! What a week it’s been. From the release of yet another Taycan teaser, to top Twitter bants from Tesla, there’s been no shortage of intrigue, laughs and sheer lunacy to catch up on.

Sadly, this week also saw the loss of two of industry greats; who we pay dutiful homage to below. Read on to learn more about their legacies, as well as the latest, greatest automotive news…

1. Bentley get real about batteries

After what CEO Adrian Hallmark described as ‘probably the worst year in our history’, Bentley have come clean about the challenges they’re facing when it comes to electrication. Given that their brand was pretty much founded on the principle of the ‘grand tour’—with cars designed to cruise for days on end at high speed—it’s understandable that they’ve struggling to embrace the EV revolution with the same zeal as others in the industry.

According to Hallmark, batteries are their main barrier to the development of EVs at present. “We don’t see anything until the mid-2020s that’s big and strong enough for our needs,” he explained, adding that “we would need probably a 150-kilowatt-hour battery to propel something the size of a Flying Spur or a Bentayga.” That’s not to say, however, that a Bentley EV is off the cards completely. According to the brand’s annual survey of current and potential customers; interest in electric cars has grown from 8% to a massive 40% over the past 4 years—and Hallmark is committed to seeing that demand met, with Hybrids set to hit the market in the not too distant future. “It’s months, rather than years” he says. Watch this space.

The automotive industry experienced two big losses this week. Firstly, 82-year old Ferdinand Piech, the Porsche family patriarch who transformed Volkswagen from a struggling carmaker into a global powerhouse, and secondly, racing driver Jessi Combs, who earned the title of “fastest woman on four wheels” after setting a record with a jet-powered car.

Described by some as the architect of VW’s global success, Piech began his career at Porsche in the 1960s, working as a 31-year old development chief responsible for the all-conquering Porsche 917 – one of the most successful racing cars of all time. He went on to manage Audi by the mid-1970s and then VW in the mid-1990s. The grandson of sports car and VW Beetle pioneer Ferdinand Porsche died unexpectedly on Sunday in Rosenheim, Bavaria, according to his wife Ursula.

TV personality and racing driver Combs, aged 36, died from her injuries on August 27th whilst attempting to beat her own land speed record in a jet-powered car in south-east Oregon.. Her family said: “Jessi’s most notable dream was to become the fastest woman on Earth, a dream she had been chasing since 2012… and she left this Earth driving faster than any other woman in history.” What a legacy. They’ll both be sorely missed.

Is the Porsche Taycan the most hotly anticipated EV launch of modern times? Porsche certainly thinks so, as this week, we see yet another teaser of information designed to whet our appetites ahead of its official unveiling at this year’s Frankfurt Motor Show. So what’s new? Well, Autocar’s Andrew Frankel has now driven a pre-production version and unsurprisingly he’s suitably impressed. We’ve also now learnt that the Taycan will come in two versions (to begin with at least) namely the Turbo and Turbo S—despite neither featuring a combustion engine or indeed a turbocharger. According to Frankel’s not-so-subtle, still-under-embargo hints however, the Taycan’s performance is well and truly in Porsche Turbo territory. Like Frankel then, we wouldn’t bet against Porsche’s new baby living up to its billing as the finest four-door electric driver’s car on sale.

The Taycan’s journey to launch has been a masterclass in drip-feeding the media to build excitement. Ever since the Mission E Concept was wheeled out at the 2015 Frankfurt Motor Show, countless carefully considered nuggets of information have been released over the past two years; each wowing the industry with claims of super-fast charging and true Porsche DNA at its heart. So, will the Taycan live up to all of Porsche’s claims, despite full-electric power and all that battery weight? We wait with baited breath.

Say you were about to launch one of the most hotly anticipated SUVs in automotive history…and say said SUV was also going to be featured in one of the most hotly anticipated Bond films in cinematic history…you could do a lot worse than to have a naked picture of that top secret model accidentally leak from the set on the day the film’s title is revealed to the world.

Of course, we couldn’t possibly comment on the matter. Nice pic though.

Hats off to Tesla’s social media team for this hilarious viral tweet, the responses to which really tickled us in the FP office this week. Renowned for their ‘clean, minimal interior aesthetic’ the EV brand asked fans and followers to reply to their tweet with pictures of how they’d ruined it. Responses ranged from a dashboard fully decked out in crocodile skin, to a hive of bees in the backseat and even included some er, exotic, content being screened on the car’s built in display. We’re a sucker for a brand with a sense of humour, and think this is a great example of completely free, tongue in cheek community engagement. Nice one Tesla.