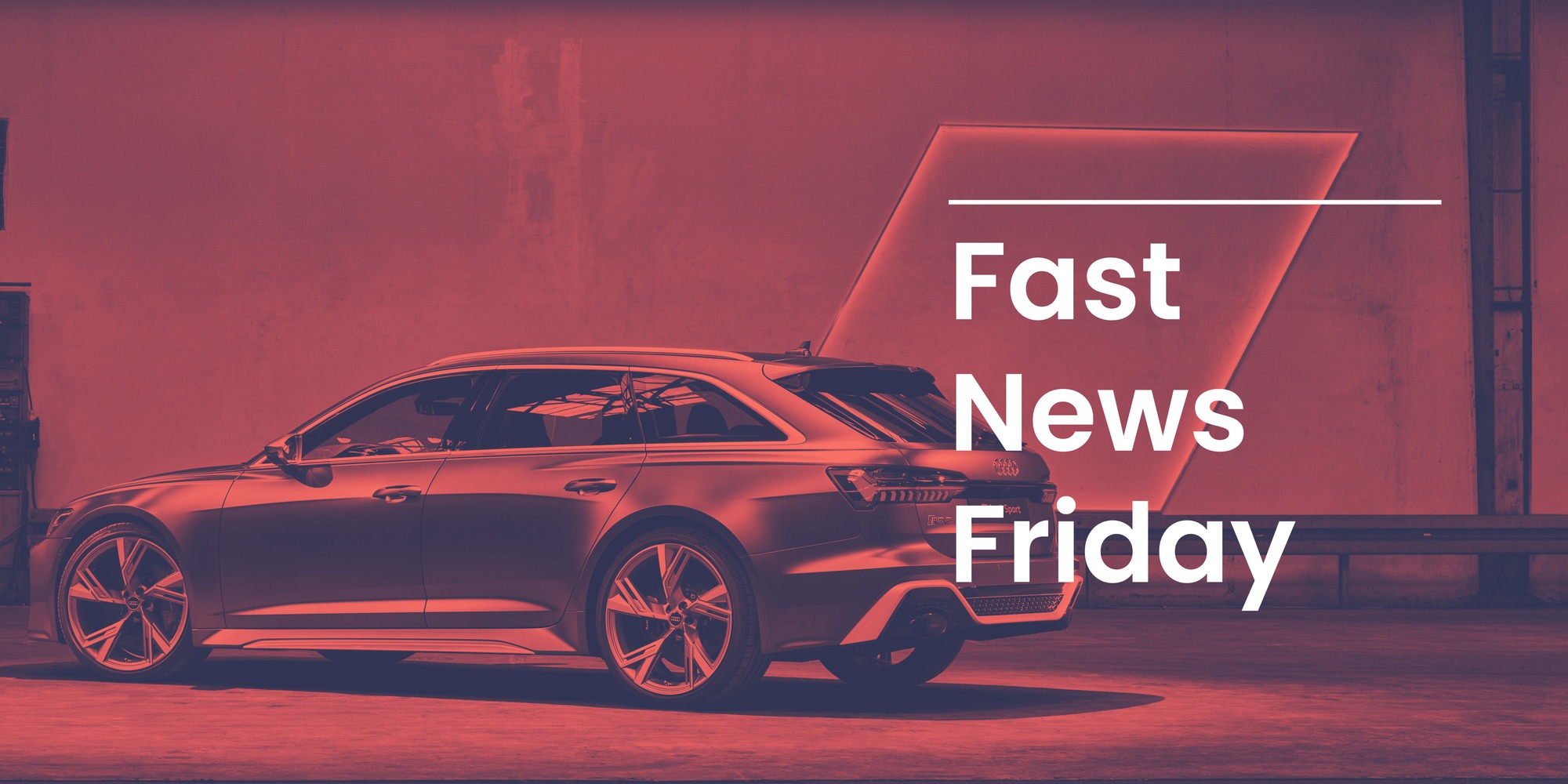 The sun is shining, the bank holiday is imminent. It’s Fast News Friday and have we got a round up for you… Take a seat, grab a beer (you’ve earned it) and catch up on this week’s latest and greatest automotive news…

Courtesy of a collaboration between AutoTrader and retailer group Lookers Renault, this PR stunt is far more than just an all-electric Renault Zoe in a box. No, it’s the world’s first contactless car vending machine, designed to illustrate AutoTrader’s unique pre-haggled prices and transparent price offering, apparently. A study of 2,000 Brits revealed that over 9 out of 10 admit to being bad at haggling when it comes to buying a new car. With this insight clearly ringing in their ears, AutoTrader decided to offer said Brits the opportunity to actually buy this Zoe from Lookers at a ‘pre-haggled price’ using contactless payment via a smartphone. There’s no word on the actual price however, so if you’re in the market for a new set of electric wheels, head down to London’s Spitalfields to find out more.

Tesla’s struggling domestic solar panel division has been given a potential boost, following the introduction of a rental option as part of a relaunch announced recently (on Twitter, of course) by Chief Executive Officer Elon Musk. He said: “Still better to buy, but the rental option makes the economics obvious.” There’s a nasty catch however; customers face a $1,500 charge if they wish to opt out. Forgot to mention that, didn’t you Elon? Nonetheless, we think this clean charging initiative is an important step in alleviating the growing consumer concern that driving an EV doesn’t actually reduce your carbon emissions, just displace them.

3. Have JLR created the drive-in movie theatre of the future?

OK, we admit, this headline is a bit misleading. Nevertheless, Jaguar Land Rover has announced this week that it is developing a new kind of Head-Up-Display system with a potentially cool bonus feature. The technology can project 3D augmented reality directions and warnings into the drivers line of sight, avoiding the need for the driver to take their eyes off the road to look at a dash-mounted screen. The really exciting bit however, is when JLR’s vehicles become fully autonomous, the company have suggested that the system could transform your car into a mobile cinema, projecting 3D movies to keep you occupied while it drives you to your destination. All you’ll need is somewhere to cook your popcorn.

4. Pop-up electric car charge points are a stroke of GENIUS

There’s no ignoring the fact that 40% of UK homes have no provision for off-street parking – this poses a serious challenge for a future where increasing numbers of drivers need to plug-in and charge their electric cars. Keen to reduce unsightly, on-street charging points and reduce the amount of street furniture there’s a company with an ingenious solution… pop-up charging points! Check out this brilliantly informative short film from the guys and girls at Fully Charged for the full lowdown. We’re big fans.

How’s this for some seriously tasty new metal this week? The new Audi RS6, now in its fourth generation, has been unveiled and we can’t get enough of the press images. Not exactly subtle in its styling or headline facts and figures (see Top Gear’s summary for the numbers), Audi’s latest superwagon also packs some incredibly advanced technology. This means you, your family and your dog can enjoy incredible traction from the Quattro four-wheel drive system, which is controlled by an eight-speed dual-clutch gearbox and an adaptive differential. This distributes the collosal power to where it’s best utilised for forward motion on your favourite stretch of tarmac, or, for simply launching from 0-62mph in a howl-inducing 3.6 seconds. On second thoughts, best leave Rex at home.