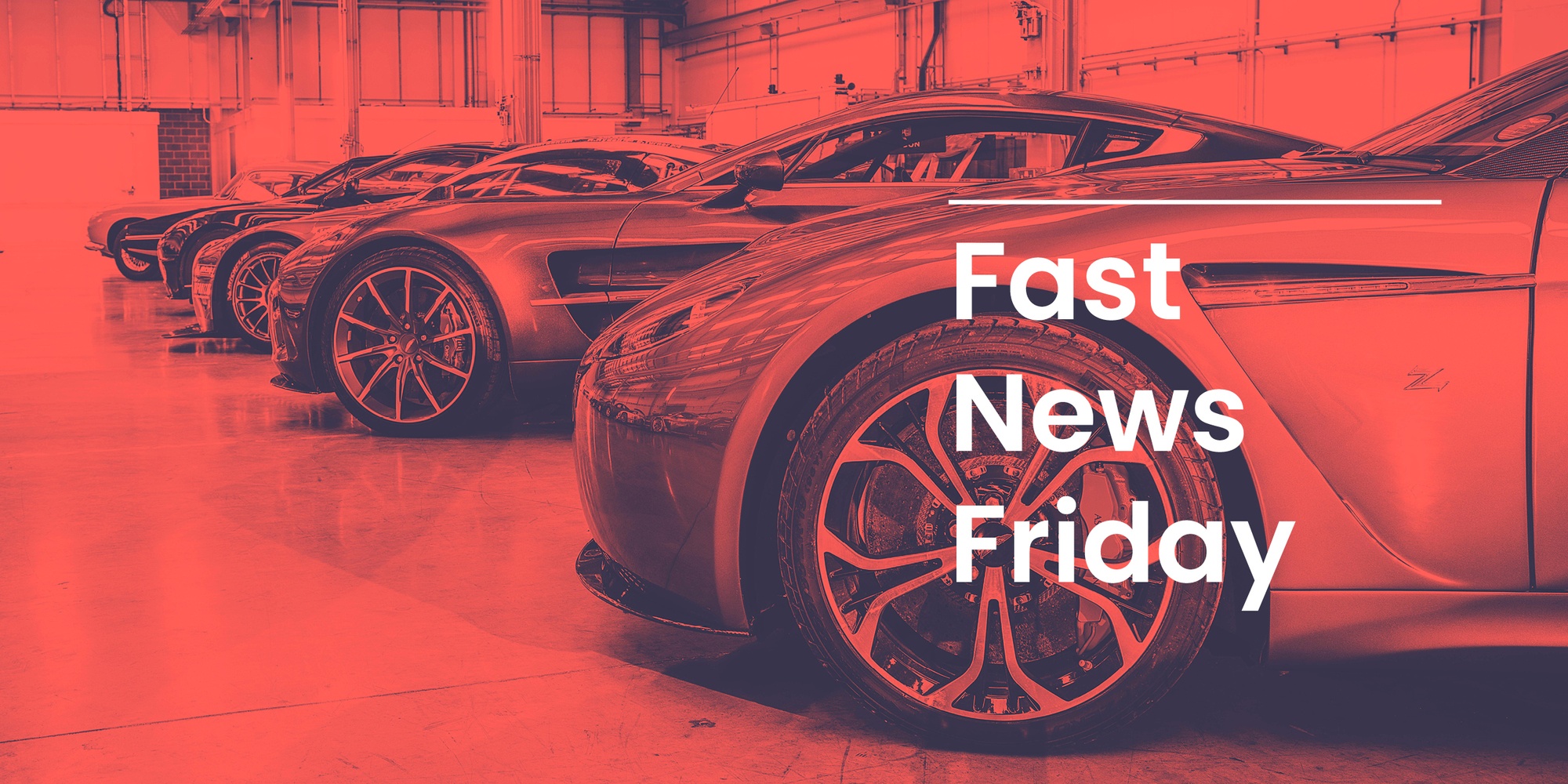 From Bond-worthy garages to banned VW ads, Le Mans collectables to Murray’s new McLaren, we’re celebrating #FastNewsFriday by serving up another sizzling dish of the latest automotive news, trends and content. Tuck in below…

Offering incredible condition, provenance and rarity this has to be one of the most collectable classic cars money can buy. OK, you’ll need a considerable amount of money in order to purchase said Porsche, a one-off road-legal 935 Kremer K3, but what a car it is! Loosely based on the Porsche 911 Turbo, a similar car driven by Klaus Ludwig won Le Mans 24H outright in 1979, beating all the factory prototypes in the process. Commissioned especially for Austrian-born Walter Wolf, a Formula One team owner in the 1970s and 80s, the car oozes desirability and has us quite hot under collar, here at Foxtrot Papa.

2. Design your own Bond lair with Aston Martin

Ever dreamt of designing your own Bond-inspired garage in which to house your prized automotive work of art? Aston Martin can now make the dream a reality following the launch of its brilliantly-named Automotive Galleries and Lairs service. Falling under the responsibility of the British maker’s bespoke personalisation outfit, Q by Aston Martin, customers will be assisted in building garages, display units or even entire homes. The press images supporting the story are incredible. Aston Martin chief creative officer Marek Reichman said: “For the car enthusiast, the garage is as important as the rest of the house and a bespoke auto gallery designed by Aston Martin that either focuses on showing off the car or is part of a larger, integrated entertainment space with simulators and such like takes Aston Martin ownership to the next level.” We couldn’t agree more.

3. Is this the heir to the mighty McLaren F1?

Few will argue with you if you claim the McLaren F1 as one of the greatest cars ever made. The brainchild of ex-Formula One designer Gordon Murray, the F1 supercar was light years ahead of its rivals in the 90s in terms of performance, aerodynamics, packaging and engineering excellence. Today, Murray is working on the F1’s ‘true successor’, the Gordon Murray Design T50 — a beautiful cutaway drawing in this link allows you to pour over the details. Promising a weight of under 1,000kg and powered by a 650bhp naturally aspirated V12 engine that revs to an incredible 12,000rpm, the T50 won’t just be incredibly fast, it will also offer the purity and practicality of the F1. This means owners will enjoy the same three seat layout, handy luggage area and manual gearbox that are synonymous with Murray’s seminal F1. If you believe the hype from Top Gear’s recent interview with Murray (and it’s hard not to) then the £2.5m T50 might just be the long-awaited successor to the F1 that the world has been waiting for.

This recent spot from VW–a brand we’ve previously lauded for their content–has become one of the first to be banned under the ASA’s new gender stereotyping rules, which came into force this month. Advertising the new, 100% electric e-Golf, the ad features a series of tableaus where male actors appear to be achieving incredible feats of physical and mental achievement. In its final moments, it then cuts to a woman falling asleep on a park bench as she sits guarding a pram. Eesh.

Concerned by the message this portrays (and rightly so) the complaints said that the ad ‘perpetuated harmful gender stereotypes’. We’d probably go one step further and suggest that it just isn’t a very good advert, at all. Not only does it breach the ASA code for gender neutral content, it’s also just confusing and rather arrogant. VW seem to presume that their audience have a considerable previous knowledge of the product in question, as the content on screen tells us literally nothing about the e-Golf.. In fact, we only see the car for all of 2 seconds. Given that our recent research has proven that 88% of consumers want marketing content around EVs to be at least partially informative, we’d argue that this spot really misses the mark.

5. GM are the first to achieve a gender balanced C suite.

Glorious in more ways than one, this news article from Business Insider represents the bright red extinguisher to VW’s ill-advised fire this week. Not only does it celebrate the appointment of GM’s new 39-year old female CFO, Dhivya Suryadevara, it’s also written with an upbeat positivity that is so refreshing in today’s news climate. With the addition of Dhivya, GM has become the first major automotive brand in history, to have both a female CEO and CFO. Which if you ask us, is a much needed diversity milestone in an industry that hasn’t got the best track record of combatting the historically ‘pale, male and stale’ C suite. Here’s hoping GM’s competitors follow suit…Perhaps with more women in their own leadership team, VW’s gender faux pas could’ve been avoided?