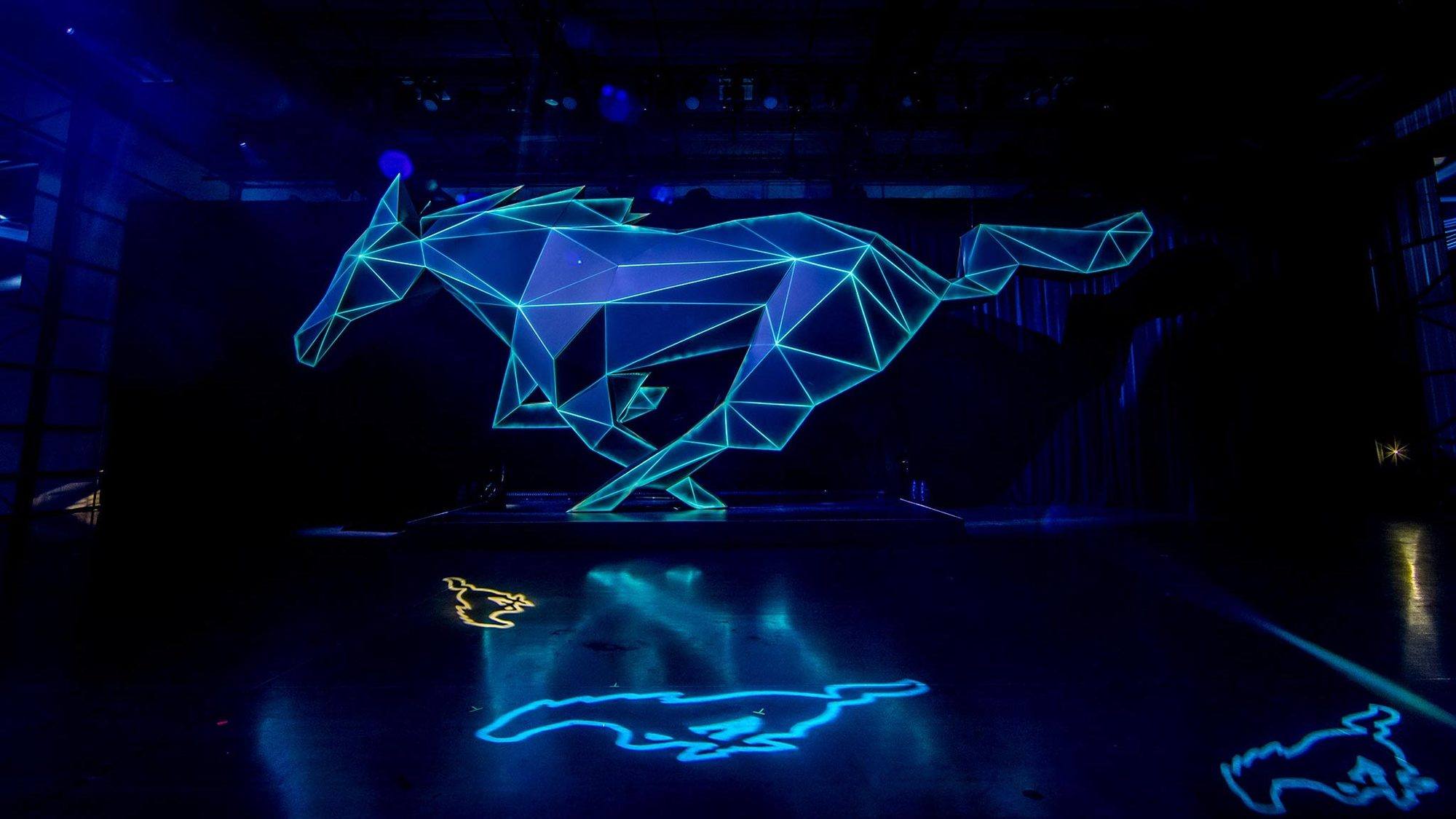 Ask someone what car they drive and often the response is a very straightforward one: a Mini, a Mustang or an M3 perhaps. These badges reveal as much about us as the clothes we wear and the food we eat. The most well known of these badges, the true motoring icons, are deeply ingrained in global motoring culture – a culture that is currently undergoing an enormous shift.

In 2020, as demand increases for electric cars and the government bans on selling petrol or diesel-engined cars draw increasingly nearer, auto brand chiefs and future product strategists will surely be wondering what to do with their most iconic nameplates, many of which have become household names.

How do the established brands ensure that their products remain as appealing and desirable as other electric-only brands, such as Tesla, whose offerings promise entirely next-gen thinking and technology? To put it another way… how do brands with products grounded in the combustion state, fly amongst the electrified clouds?

As we see it, there are three main routes for their organisations to take: firstly, brands can electrify their icons; their most iconic existing models. Secondly, they can rebirth old ones that were, for whatever reason, discontinued in the past. Or, they can invent new nameplates for their electric offerings entirely.

Facing a predicament that could determine a brand’s future success in the evolving EV landscape, these nomenclature decisions are no doubt made at group level board meetings – it’s that important.

It’s a topic of discussion that often circulates the office here at Foxtrot Papa, too. So, in this post, we’ll explore what the established car makers of today are planning for their most iconic models and discuss the risks involved in turning them into EVs. We might even articulate an opinion…

The author of this Autoweek article, who hypothetically considers a new low-cost Porsche EV, suggests: “You can either fight new technology, or you can figure out how to make it work within your marque’s philosophy.”

Whilst that makes sense to us, it’s undoubtedly much easier said than done. Porsche, with its 911, lays claim to one of the most iconic sports cars ever made. As a result, the 911 essentially IS the marque’s philosophy. Famous for its rear-mounted flat-six engine, race-winning pedigree and everyday usability, only Porsche’s top brass know if the 911 will evolve into a full EV. If it does, does it cease to be a true 911? Is the petrol engine so intrinsic to the 911 recipe that swapping it in favour of a motor and batteries render it an imposter, and in turn a sales flop? Only time will tell. It may take a few more years of technological advance and 911 design evolution, but we’re confident the electric 911 will happen. Why then, has Porsche placed all of its current EV efforts into an entirely new model, the Taycan?

The Taycan is currently the brand’s only full EV and much has been discussed about the four-door model already, including its use of the revered ‘Turbo’ badge (despite not featuring an engine or indeed a turbocharger) for the range-topping model. To us, it seems unfathomable that the technology and electro-learnings it will provide will lead anywhere else, other than to the 911. One wonders if the strategists see it currently acting as something of a bridge between a petrol-engined 911 and a future electric one. One solution perhaps is to continue to offer a petrol or hybrid 911 alongside a petrol one in the combustion engine’s twilight years, to lay the foundations of the future evolution of the all-electric 911 of the future.

Will Land Rover ever make a Defender EV?

Here’s a tricky one, and on the face of it a similar predicament to Porsche’s 911. First produced in 1948, the Land Rover Defender returned in 2019 reimagined for modern-day and available with MHEV (Mild Hybrid Electric Vehicle) technology with a PHEV (Plug-in Hybrid Electric Vehicle) due later in the product cycle. For a car with such a global reach – not to mention the previous version’s environmental and humanitarian credentials – it makes a fine case as an EV nameplate. Jaguar Land Rover has the technology with the brilliant I-PACE, so why is there no EV model available from launch?

Billed as a car that is capable of taking you on adventures into remote areas however, current EV range figures and charging limitations may have scuppered any such concept. Perhaps the lack of an all-electric Defender is a case of a brand staying true to a nameplate’s philosophy. If that’s true, an electric Defender today would probably require the ability to be fully self-sustaining, creating its own power via solar panels or maybe wind turbines – technology that would have priced it out of reach for most buyers. In simpler terms; it doesn’t yet make final sense with the technology available, is our guess.

Ford has already electrified the Mustang, as an SUV

The badge name of Ford’s original muscle car, the Mustang, was confidently placed onto a brand new electric SUV in late 2019, the Mustang Mach-E. Featuring no Ford badges, the new model demonstrates clear design references to the Mustang coupe and with it, some very impressive figures. Available in the UK priced from a horseshoe over £40,000, the latest Mustang is living proof that Ford clearly sees one of its most iconic sub-brands or badges as an EV. Therefore, we feel confident that Ford will bring an all-electric Mustang coupe and convertible to market in the not too distant future.

With the decision to commit now made and the traditional V8 rumble soon to be a distant memory, will this put Ford on the front or back foot as the electric revolution unfolds? Again, only time and the public’s perception of the Mustang brand will tell.

Will the Honda E replace the Civic altogether?

When it was first unveiled at Geneva in 2018, Honda made quite a design statement with the Urban EV Concept. Now the production version of Honda’s cute-faced zero-emission compact car is here, it is no less striking, and following early first drive, reports will undoubtedly convert many new buyers to the benefits of all-electric motoring. Boasting a turning circle of just 4.3m and a range of just 137 miles, the Honda E is clearly aimed at younger urbanites who rarely need to stray too far from the city. Here at Foxtrot Papa however, we believe the E is more than just a hip new entry point to EVs, we’re confident that it represents a huge landmark for Honda.

As the Japanese brand’s all-new compact car, the Honda E follows in the tyre tracks of the N360 from the 1960s and the original Civic from the 1970s that followed. The Honda E is in more ways than one a clear reinterpretation – through electrification – of these icons. So, does the Honda E signify the beginning of the end of the Civic nameplate? We wouldn’t bet against it. Another example of this is the yet-to-be-fully-released VW ID 3 and the Golf.

Jaguar is bringing back the XJ as a luxury EV

In July 2019, it was reported that Jaguar would discontinue the XJ due to it becoming Jaguar’s least popular model, despite its iconic status. Since then, it has been confirmed that an all-new XJ is destined to be Jaguar’s second all-electric model (after the I-PACE) when it arrives later in 2020.

As many happy owners will attest, the new version has some rather large shoes to fill. First launched in 1968 featuring Jaguar’s legendary straight-six engine, the XJ was immediately praised for its smooth ride and strong brakes. Indeed, Jaguar’s flagship saloon enjoyed great success throughout the years and made countless appearances in the media. In recent times, it was also the car used to transport the British Prime Minister.

According to Jaguar design director Julian Thomson, the new XJ will look different from a traditional executive saloon. “We want to make a car that explores the best of Jaguar. We want to present something that challenges the norm, offer an alternative that makes it better and more engaging on all levels to own and to drive; that’s what we’re all about, the love of the car.”

So how will it be accepted by luxury car buyers as an EV? For the Jaguar brand, the promise of an electric XJ is an exciting one as its success will surely pave the way for more cool EVs from the innovative British maker. In the increasingly politically correct world of high-end luxury, glitzy award ceremonies and VIP public appearances, it remains de rigueur to arrive by a chauffeur-driven luxury vehicle. Stepping out of an XJ that emits zero tailpipe emissions, makes a conscience-free and script-free statement about your environmental credentials well in advance of your acceptance speech.

The XJ badge has stood for innovation, performance and luxury for over 50 years. Powered by an electric drivetrain, the Jaguar XJ is arguably these things, and more. As a result, we feel this could translate very effectively for the brand in the long term.

So, is electrifying an existing icon a good idea?

Surprise, surprise, there is no clear cut answer. In theory, so long as the product is as effective and well designed as its predecessor, we see no reason why many brands shouldn’t electrify their most iconic badges. However, it’s the hurdle of human nature’s instinct to compare new with old that brands have to overcome before they launch.

Comparing puts the power back with the old, whilst transferring the power to the new means it has to offer something better or more progressive that is unique and true to their brand’s hard-fought reputation.

With legislation changing the way it is, the need to be the paradigm of change in order to have a future is increasingly important. We’d advise brands – reimagine your icons only if they stay true to your brand philosophy, but reimagine them for tomorrow, for, as Bob Dylan once said, “The Times They Are a-Changin’”.